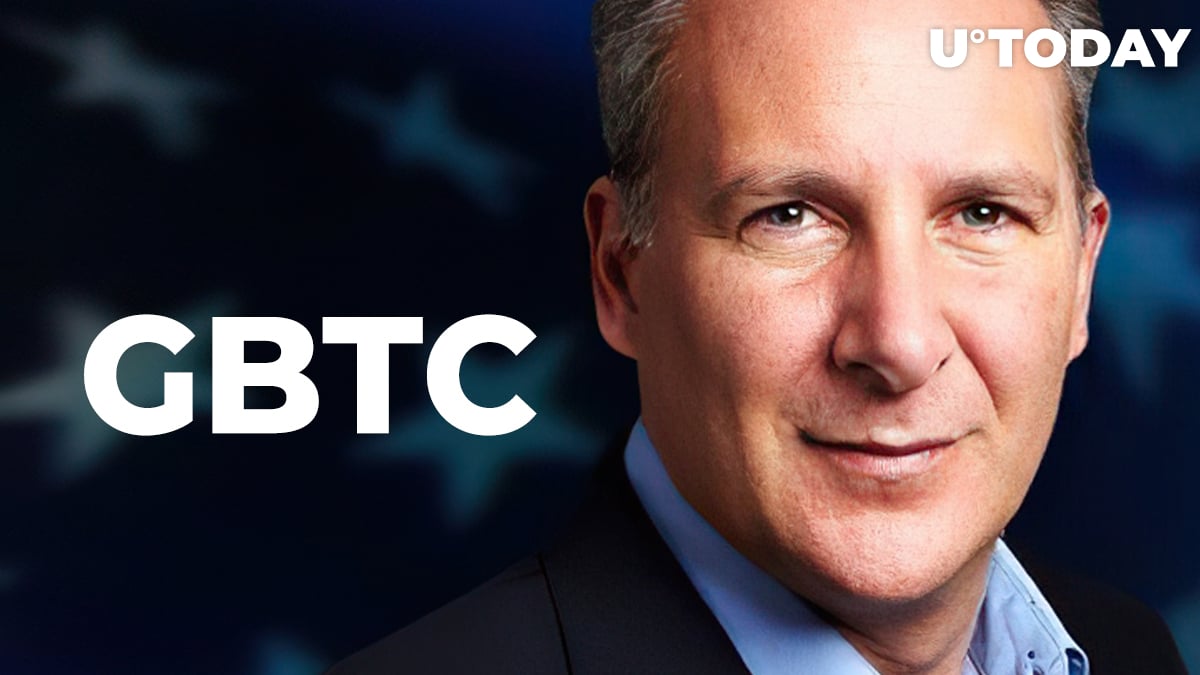 Bitcoin’s arch-enemy Peter Schiff has taken to Twitter to gloat over the shares of Grayscale’s Ethereum Trust (ETHE) taking a 72 percent hit.

The gold bug predicts that the Grayscale Bitcoin Trust (GBTC) will follow suit by revisiting its March lows.

GBTC and ETHE are having a rough month

The shares of GBTC are currently trading at $9.8 after dropping 21.5 percent from their local high of $12.5 that was recorded on June 10.

For Schiff’s prediction to come to fruition, the stock would need to take another 48 percent haircut from where it is trading right now.

As reported by U.Today, ETHE reached more than a 730 percent premium to NAV right before the expiration of the one-year lockup period.

After more than half a million ETHE shares were released for trading in the secondary market, their price started to collapse.

Last month, Schiff predicted that GBTC could start trading at a discount to NAV for the first time.

Related
Grayscale Now Has Close to 400,000 BTC Under Management

Schiff certainly has an ax to grind when it comes to Grayscale and its product that continue to see strong institutional demand.

However, it appears that its ads that portray gold as a relic of the past didn’t work as planned given that its price is close to reaching a new all-time high.