Past ICO Review: How $1 Worth Company Manages $50 Mln ICO

Tzao Se
Even if this project is a Titanic, their comms team is not playing waltzers on the deck good enough 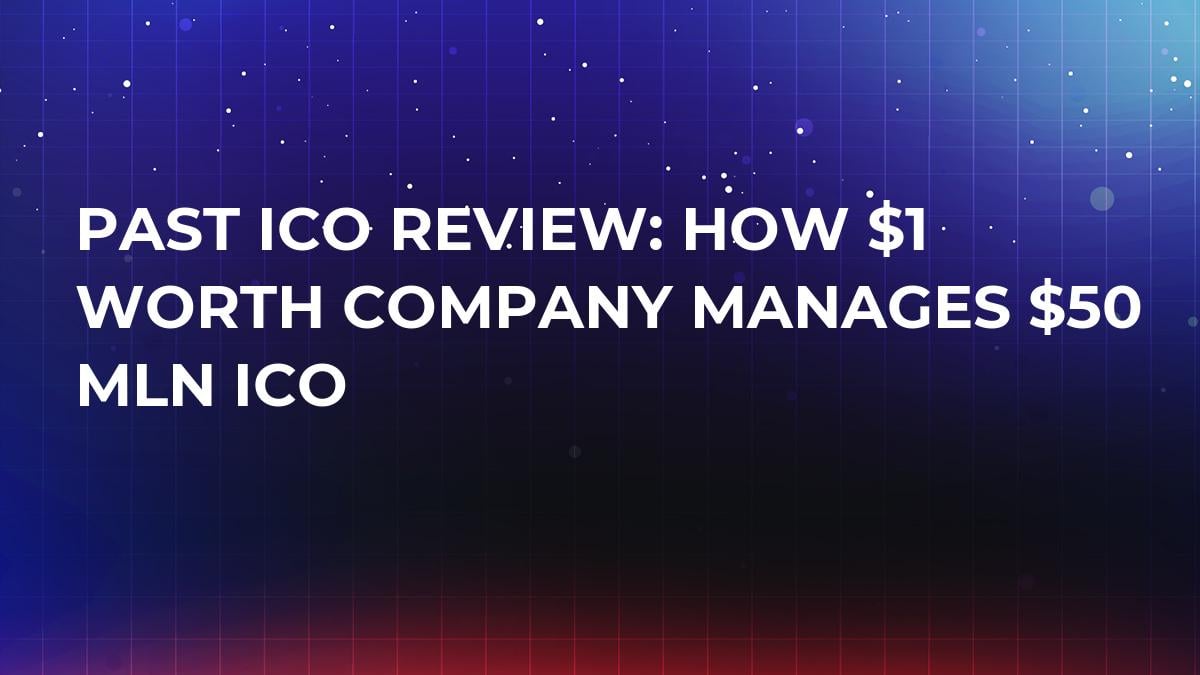 What if I told you there is an ICO with tokens whose utility was to facilitate online eSports tournaments and wagers?  A further discount in a discount crypto-based games store? In an unofficial Android-only store? What if the proceeds of their token sale were officially meant to support an ecosystem where the token publicly offered, wasn’t the center, but rather being “a close cousin” of the principal currency of the project? With a team that already have been involved in several other projects, and constantly adding new things?

Doesn’t sound like a treat for you? For me neither. How much do you think this ICO would score? Zero? Hundred Thousand? Million? Ten Million? Billion?

MobileGo, “The first crypto-centric Mobile Gaming Platform and store for in-game purchases,” scored more than 50 mln bucks at the time.

Let’s fast forward MobileGO year since the end of their ICO.

According to the Corporate Registry of the Republic of Serbia, Gamecredits, d.o.o. (Serbian for LLC, limited liability company) has a share capital of 100 Serbian Dinars (about $1.04- that’s right, exactly one dollar and four cents). The company has been registered on June 06, 2017, a week or so after MobileGo ICO closing date.

Its founders are two Russian citizens: Mr. Sergey Sholom, presented as a CEO of Gamecredits (he isn’t officially), and Mr. Alexei Migitko. Actual managing director of Gamecredits d.o.o, as Serbian authorities are concerned, is Mr. Migitko.

According to the Serbian corporate law, unless there’s proven misconduct and misappropriation of company’s assets by its founders, they are not responsible for its debts. Coins and tokens aren’t even obligations.

None so far. As far as the original whitepaper is concerned, the company is several months late to deliver. MobileGo’s community manager Jack Kuveke, when asked to comment on the issue, said:

“Our roadmap changed due to new partnerships. So we began working on a new store version to be released this spring which will have an integrated Unity distribution system to allow unity games to publish to our store easily. This spring to summer [2018 - Cryptocomes] is when first mgo features and our store will see releases.”

Mr. Kuveke refers to the deal Gamecredits stroke with Unity, the gaming platform, signed in November 2017. An important achievement for the company indeed. Yet, the roadmap hasn´t been updated since. “We will have a new timeline/roadmap released in the fast-approaching future,” said Mr. Kuveke to CryptoComes on April 19, 2018.

MobileGo means to differentiate itself from the competition (at least two other cryptocurrency projects have issued Unity support after Gamecredits/MobileGo did) by offering a possibility to publish Unity games in their own crypto-centered store. MobileGo store is thought to attract developers offering lower commissions and quicker payouts than Google’s or Apple’s. Unity didn’t announce partnerships with other projects as it did with Gamecredits though.

So, MobileGo´s strategy is, apparently, to have gamers install an alternative app store, available, obviously, for Android only.  At least 50 percent of the funds are expected to be spent on marketing (i.e. acquisition of the user base).

Well, the reason that alternative markets flourish in China is simple: Google PlayStore is banned, and the most successful alternatives are owned by Tencent, Baidu, China Telecom and other giants of the Middle Kingdom.

MobileGo’s white paper has made a questionable assumption. Specifically, they implied that it is as easy to acquire a user for a game as it is for an app store. It seems that they’ve omitted an entire stage of the sales funnel- their user acquisition costs would be higher than projected. And remember, even Amazon, with all its power, is barely visible compared to PlayMarket.

Attempts of a cargo cult Elon Musk knock-off media appearances aren’t exactly playing out for MobileGo CEO. Mr. Sholom travels quite a lot, participates in forums organized in UN and UNESCO offices, mingles with Serbian Royal family (Serbia is a republic, and the descendants of the royalty are purely ceremonial figures) and delivers pretty much the same speech since the end of the ICO.

MobileGo´s community team stopped showing up in Bitcointalk thread of MobileGo where some participants have grown increasingly critical of the project tardiness and lack of communications. “We are restructuring our communications channels,” said MGO’s spokesperson when asked for the motive of the decision.

The main website of GameCredits has a prominently displayed link to a Chinese exchange that stopped operations late 2017. The team either don’t care or don’t know. A final touch is the motto that GameCredits’ PR person brandish on the official website:

“The less you ask, the happier I will be.”

Credit is due to GameCredits though, they were fully collaborative when I contacted them to check out a couple of details when preparing this article.

Anyway, despite all their desire to look otherwise, the overall impression of MobileGo is that the project is messy, riddled with imperfections and non-professional. The communication team seems to be seriously out of their league; during the first stealth phase, the communication is arguably the most important task and the comms team didn’t exactly match the challenge of doing that as one may expect from a company that worth 50M dollars.

Let me put this straight: even if this project is a Titanic (and especially if this is a Titanic), their comms team is not playing waltzers on the deck good enough. And only God knows what is happening in its engine rooms.

So, CryptoComes will keep watching MobileGo for you.