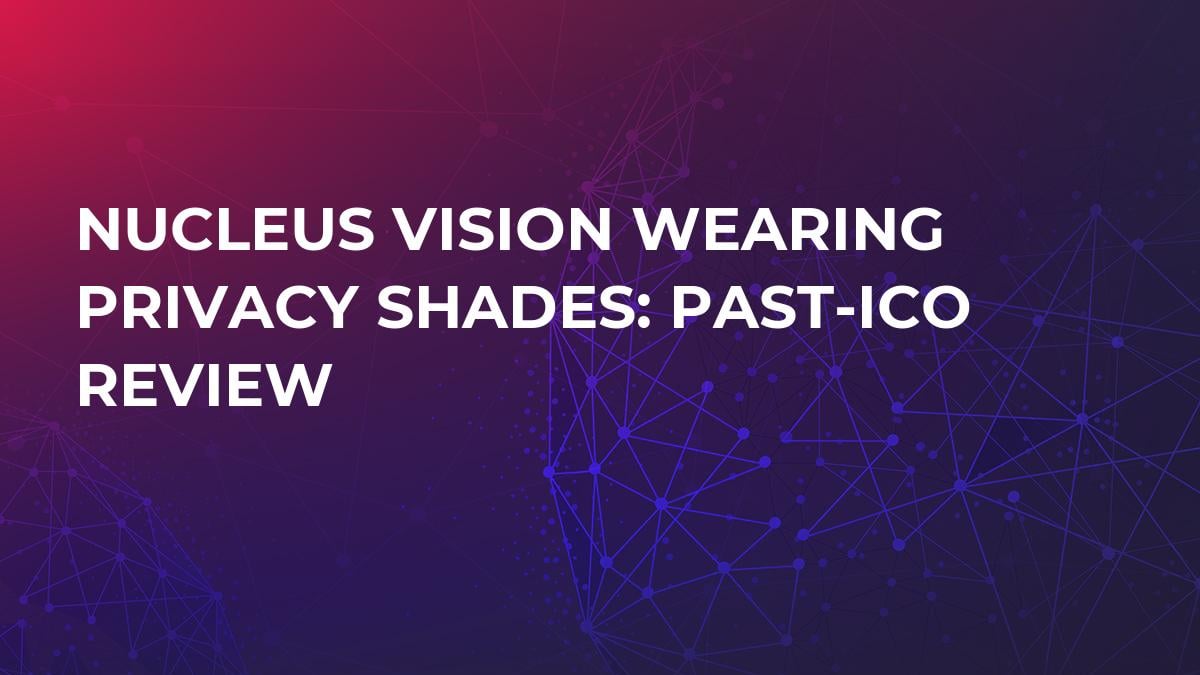 Nucleus Vision (NV) offers a way to track and reward walk-in customers in brick and mortar stores, which makes up a majority of transactions still, in today’s marketplace. Upon entering a store, Nucleus sensors register the customers phone and prompts them to share their information with the store in reward for Tokens. The Nucleus tokens can then be exchanged for discounts within the store.

It is similar to the rewards programs many stores offer, but instead of clogging your keychain with tens of barcode tags, which need to be scanned at the point of sale, NV puts and app on the smartphone and a sensor in the store.

The sensor can be used to gather data from customer as he/she enters the store to personalize the shopping experience for the customer. This will in theory increase conversion and drive organic growth, a win-win for the customer and the business.

NV was founded back in 2013 and only just recently had its ICO. In 2017 it started deploying its sensor in test markets. For the second half of 2018, it plans to enter into India and South East Asia with 2,000 and 5,000 sensors deployed, respectively. It currently has a small footprint in only 25 stores and has identified more than 100,000 users.

NV plans to expand into North America by Q1 2019 and continue to ramp up expansion over the next four to five years.

However, despite them being in 25 stores now, they offer no names nor do they provide testimonials about how the product is working from either the stores of the customers using it.

How many times do you just want to go online to a site and order one thing and be done? It’s a fantastic feeling when you can “shop as guest” without registration. For NV, The customer must register and authenticate with each individual store. Seriously?

Even though stores can share the gathered data with other locations, the user must confirm this every time. Ugh, so if I want to run in and out and I forget to agree, then I will lose my bonus, right?

Such a headache. In the promo video they show the guy going into the store and get a reward just for showing up. This is kind of false advertising. They make it seem like a cool process when you go into the store, but in reality it appears to be more complicated than that.

This registration and authentication process is quite inconvenient and requires a lot of maintenance from the customers and will get a big thumbs down from users. If the customer does not want to “check-in” at each store, then the retailer will not be able to tailor the experience to meet the needs and both parties will be dissatisfied.  When asked about this in an email, no response had been given by NV.

While there are lots of high level management executives on the team, there appears to be only one lead technical developer managing a handful of other developers. Blockchain is a relatively new technology and needs to have a team of dedicated professionals to prevent and/or solve problems as they appear.

As the token price falls further, it gives some indication of the trajectory of the company, dowards. According to the website many Q1 2018 goals have not been completed and with lack of testimony from the test market, it makes one wonder how progress is coming and if things are working as planned.