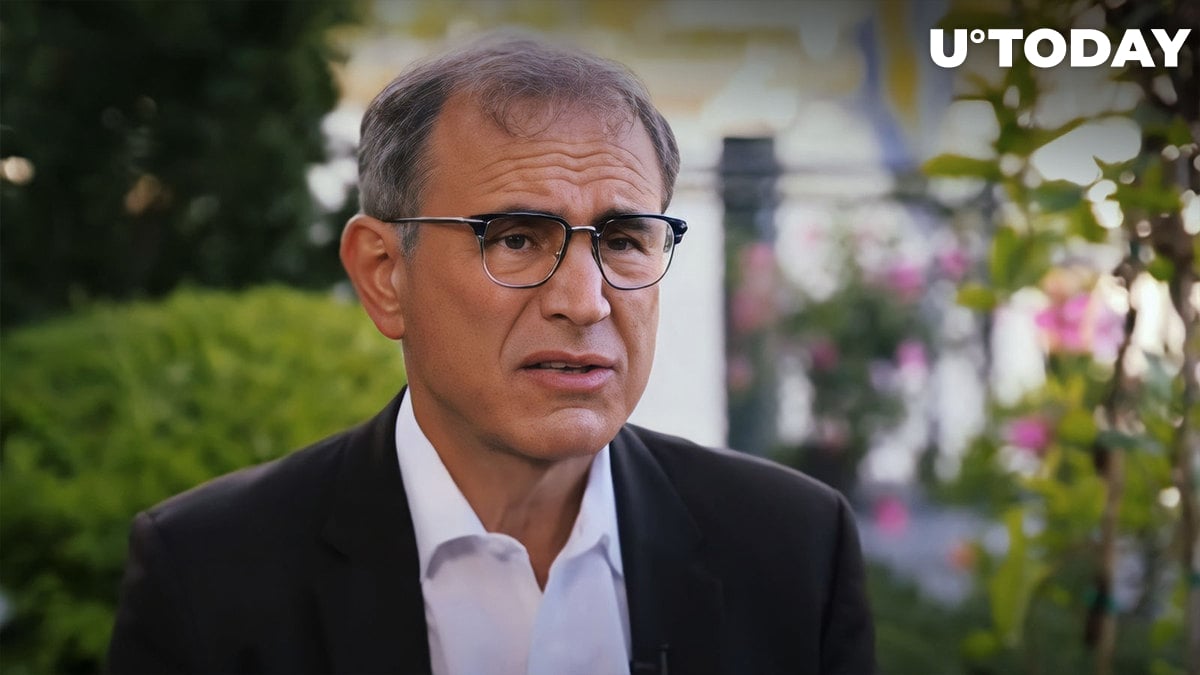 Nouriel Roubini has taken to Twitter to state that Bitcoin and other cryptos may fall lower than they have by now, considering a possible risk of bankruptcy for Digital Currency Group (DCG) and they fact that its subsidiary allegedly Grayscale cannot provide a proof of assets behind GBTC.

Besides, after slamming CZ of Binance once again, “Dr. Doom” Roubini has expanded his criticism to the “four Gs” – which includes Grayscale and the liquidity problems of Genesis Global Capital. Both are affiliated with DCG.

Roubini claims Barry Silbert’s DCG may be at risk

In a recent tweet, NYU economics professor Nouriel Roubini has taken aim at what he calls “Crypto’s Gansta G Gang of Four”. These are four prominent companies in the crypto space, two of them associated with crypto billionaire Barry Silbert’s Digital Currency Group – Grayscale and Genesis Global Capital.

“Dr. Doom” also claims that the prices in the crypto market may fall lower considering the bankruptcy risk for crypto mammoth Digital Currency Group due to its exposure to Genesis Global Capital. The latter has frozen withdrawals recently. Its partner Gemini Earn run on the Winklevoss’s exchange followed suit.

Many - 3AC, Alameda - tried that trade and went bankrupt. Discount can get bigger given bankruptcy risk for DCG (given its exposure to Genesis) and no proof that GBTC has the assets it claims to have. Crypto is the Mother Of All Scammy Houses of Cards. And it is imploding now! https://t.co/W8XFn5AFjC

Overall, he tweeted that the four major companies, including Mike Novogratz’s Galaxy Digital (who was invested in FTT) are in big trouble now.

Now all in huge trouble and/or collapsing.

From the Moon all the Lunatics are now crashing down to Earth! https://t.co/mzA9eLJmde pic.twitter.com/Ihff2WBsWM

Taking a jab at CZ once again

Over the past week, Nouriel Roubini, also widely known as “Dr. Doom” for his prediction of the mortgage crisis of 2008-2009, has taken an aim at the head of Binance exchange CZ and has been “picking a fight” with him.

Roubini has slammed CZ for the second time now, using the same technique – he tweeted several “C” that bear negative associations with the crypto space. Among those was CZ Binance, coming after “corrupt”, “criminals”, cult”, etc.

Besides, Roubini also “awarded” the crypto industry on the whole with a few colorful descriptions: “collapsing Ponzi scheme”, “collapsing House of Cards”, “Mother of All Bank Runs” and others.