Alex Dovbnya
This 3.1.0 version of TronWallet includes a wide array of new features 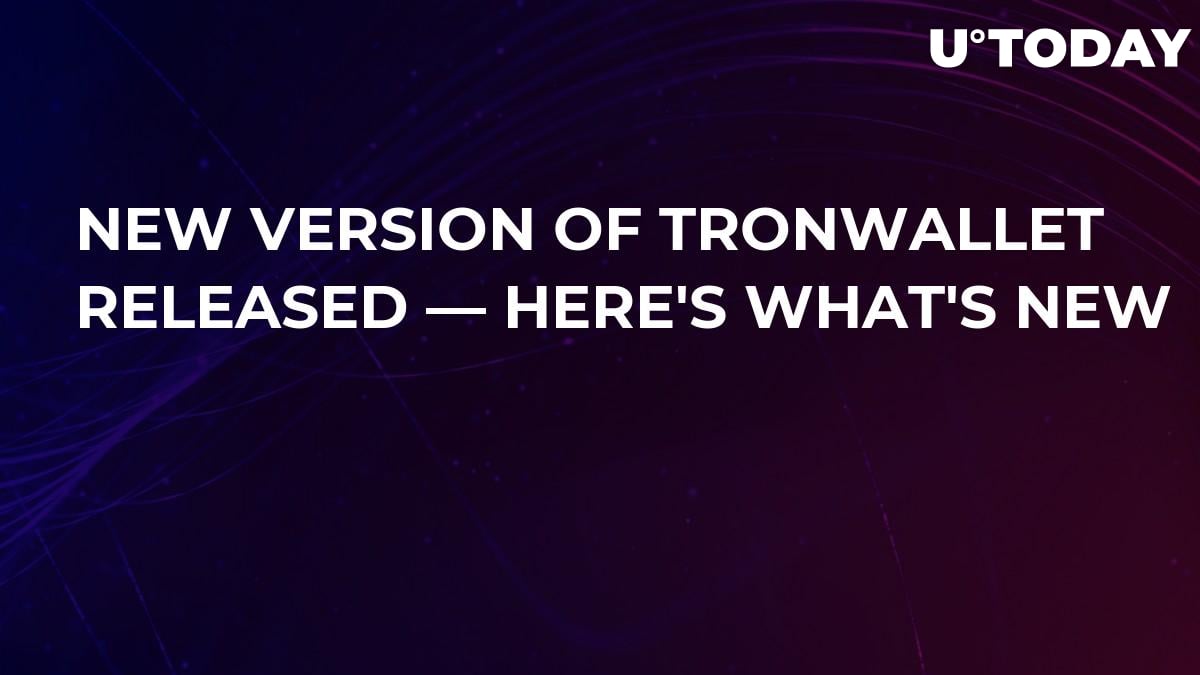 The team behind TronWallet has just announced the latest 3.1.0 version of one of the most popular cryptocurrency wallets. The update features a list of notable enhancements, including SWAP optimization for Bitcoin, Tron (TRX), and prominent TRX-based cryptocurrencies.

As reported by U.Today, TronWallet added the "BTC to TRX SWAP" option on its 3.0.0 update that was released on Dec. 31. The addition of other cryptocurrencies is expected in later versions. Ethereum is expected to be the second coin to be integrated into the wallet.

"With this latest TronWallet 3.1.0 release we have laid the foundations and optimized the wallet in order to start adding support for new coins, cryptocurrencies and additional public blockchains, starting with the Ethereum blockchain and associated ETH-based token to be next in line for integration," states the announcement.

The updated app also features some notable design improvements. For instance, it now shows the prices of all tokens in the "Portfolio" screen.