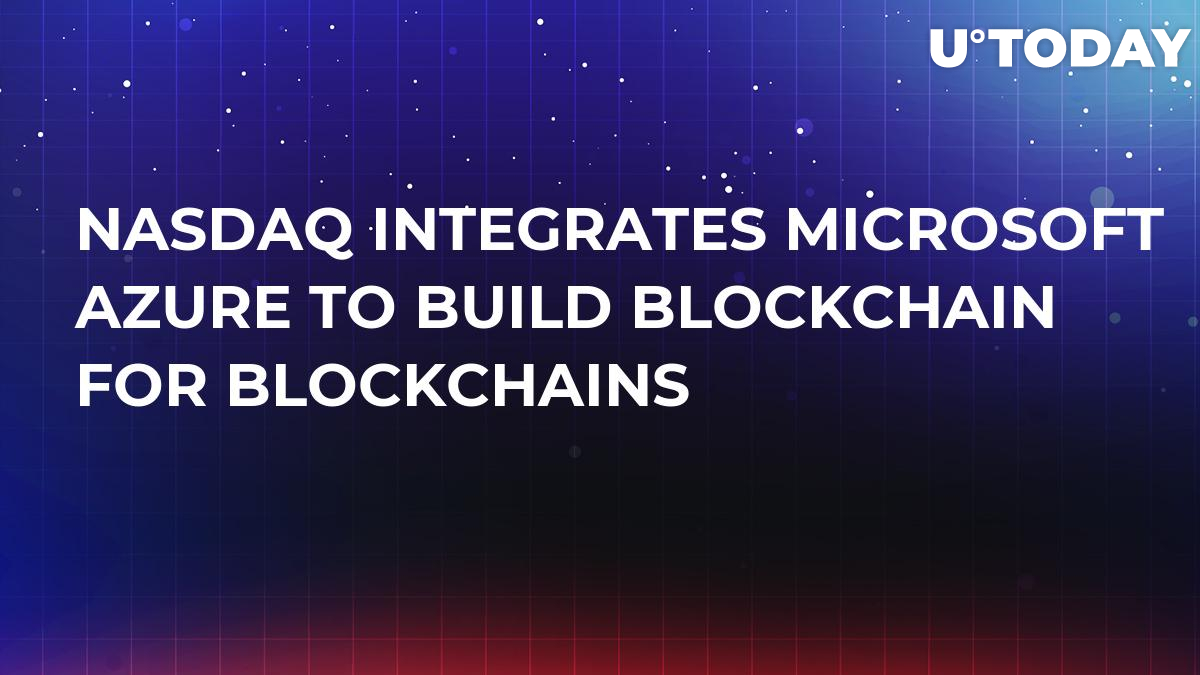 The NASDAQ financial platform will be integrated with Microsoft’s Azure Blockchain to create a platform that doesn’t rely on one particular distributed ledger, the yesterday’s press release claimed.

The NFF was designed to provide a platform that allows institutions to leverage new technologies in financial trading infrastructure. Microsoft claims that this integration will address compatibility challenges to create a Blockchain system allowing different technologies to work together.

Perhaps we should treat this not as a single Blockchain by definition, but as a Blockchain-based system that exists on top of other Blockchains to make them all work efficiently, the press release noted.

“NASDAQ sees an immediate opportunity for Blockchain to manage the delivery, payment, and settlement of transactions based on multiple Blockchains with different mechanisms of payment,” the statement said.

Earlier in the annual reports, there was information that Microsoft uses Blockchain to fight spam in India. The Washington-based company has also developed a Blockchain system to help network users manage their online identity.

In the spring of this year, it was reported that one of Microsoft’s important competitor Google is working on Blockchain-related technology to support its cloud business and prevent competition from new startups that use the heavily hyped technology.

The Alphabet Inc. representative said to Bloomberg that the company is developing its own distributed digital ledger, which third parties could use to act and verify transactions. Although the release dates of this product are unclear, the company plans to offer a cloud service distinguishing from what market players have. The Alphabet Inc. will also provide a white-label version of its Blockchain tech that others can run on their own servers, the man added.

The Internet giant has also acquired and invested in startups with digital ledger experience. Many deals have not been announced, the man said. However, Alphabet Inc. was the leading corporate investor in this area last year, ahead of Citigroup Inc. and Goldman Sachs Group Inc., according to the CB Insights research firm.

One of the world e-commerce leaders, the Amazon, has registered a domain amazonbitcoin.com back in 2013. Right now it redirects to Amazon.com. Later, the company acquired a number of related domains, such as amazonethereum.com, amazoncryptocurrency.com, amazoncryptocurrencies.com, which clearly reflects its interest in the crypto area.

However, how exactly the retailer is going to use it is still unclear. The same applies to whether the store plans to accept digital currencies as a means of payment. There is a hypothesis that Amazon is preparing to release its own cryptocurrency exchange.

The Internet giant has already proved that it does not want to lag behind in the development of new tools to support cryptocurrency users. According to a document published by the U. S. Patent and Trademark Office (USPTO) earlier in 2018, Amazon received a patent for technology that allows real-time data collecting while digital currency transactions take place.