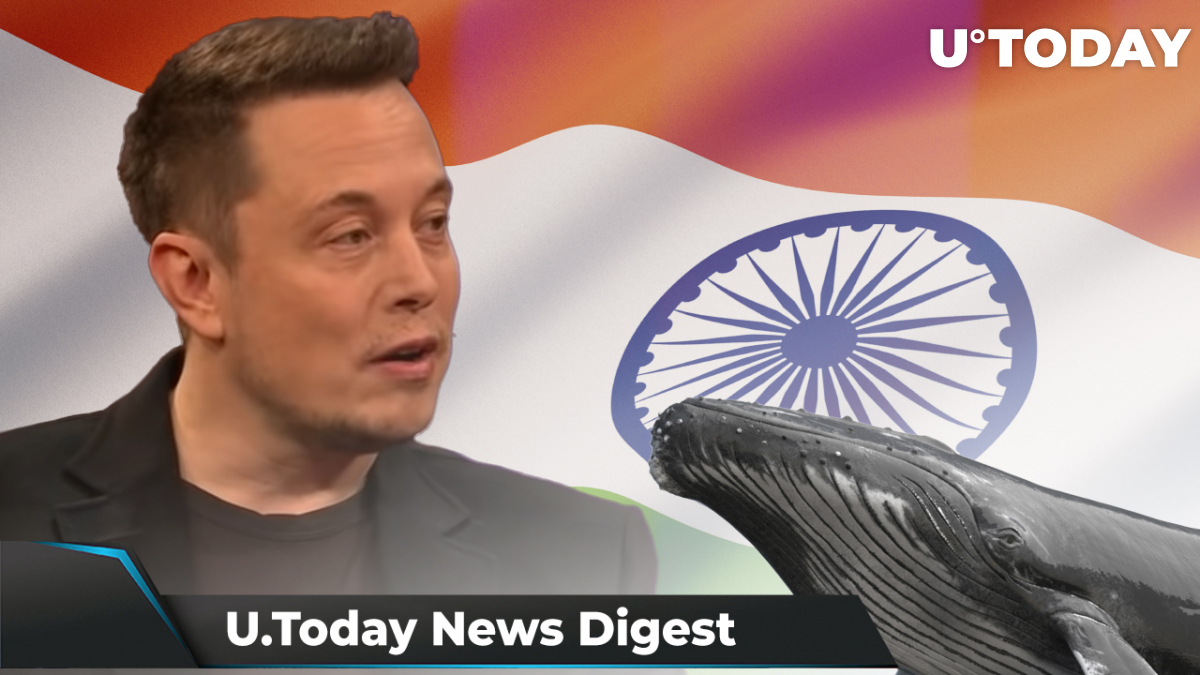 U.Today presents the top four news stories over the past day. Don’t miss anything important in the world of crypto!

The eccentric centibillionaire Elon Musk, who is known to be a Dogecoin supporter, decided to stand up for the DOGE community and called out Binance CEO Changpeng Zhao. In his tweet, Musk asked CZ about the current Doge situation, allegedly hinting at Binance limiting the withdrawal of the meme-based cryptocurrency.

Later that day, the Binance CEO replied to Elon Musk’s tweet by bringing up Tesla's software glitch that led to the recall of more than 12,000 vehicles.

According to a bill set to be debated in the winter parliament session, the Indian government plans to ban almost all privately created cryptocurrencies, including Bitcoin and Ethereum. The ban lays the foundation for issuing the country's central bank digital currency (CBDC), which is expected to be released in 2022. The announcement has not caught off guard those who are keeping an eye on India’s crypto regulations. Last week, Reuters reported that the government would prohibit all cryptocurrencies that lack its approval.

While some whales are leaving their positions behind by entering stablecoins in order to hedge their funds from crypto market correction, this whale decided to buy $36 million worth of SHIB (or 850 billion tokens). The anonymous investor purchased SHIB either via an OTC deal or a private transaction. Unfortunately for token holders, this move did not make the price of Shiba Inu rise.

According to Whale Alert, an anonymous XRP whale decided to withdraw his/her holdings from a large centralized exchange. Most likely, it is just a hot wallet transaction to one of the exchange addresses, which is then sent to an unknown wallet address. At the moment, funds are still sitting on the whale's address, unmoved.