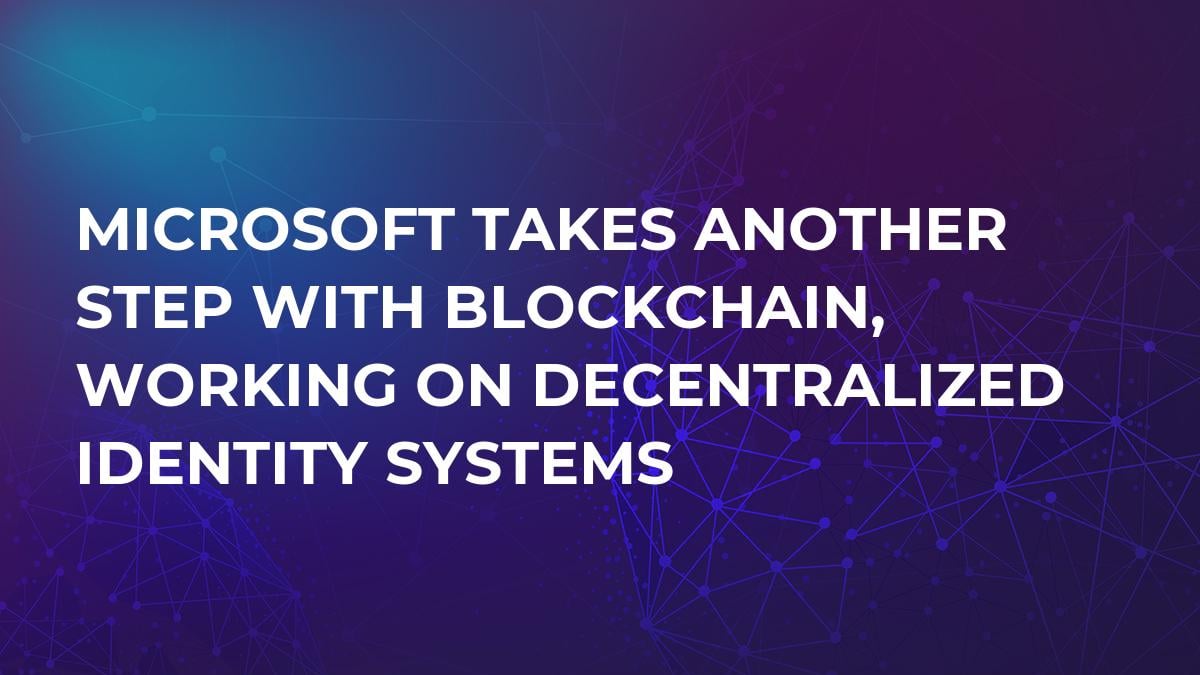 Having already released the Confidential Consortium (Coco) Framework, an Ethereum-based protocol which commercial companies and large-scale organizations will be able to utilize to process information on the Ethereum Blockchain, Microsoft is working on decentralized Identity Systems.

Its new step with Blockchains sees the software giant building towards the support of Blockchain-based decentralized IDs (DIDs) through the Microsoft Authenticator app.

One of the biggest potentials seen in the Blockchain is the idea of a decentralized Identity. Currently, people’s identities are in the hands of a single controlled centralized identity, such as a government or large tech company.

With a decentralized identity, that control is removed and in the case of the Blockchain is totally autonomous and not subject to any misinterpretation or censorship.

There are other ways in which to enable decentralized identity, but Microsoft has decided to throw their weight behind Blockchains as this new and relatively untested technology holds a lot of promise.

Some of the biggest draws for Microsoft include privacy, self-ownership and permissionless access, which are all key values in a decentralized identity.

Microsoft confirmed their interest in going with Blockchain in an announcement:

The tech giant went further to single out a few Blockchains it was looking at in order to effect this system. They include Bitcoin, Ethereum and Litecoin as potential foundations for these ‘DIDs.’

There are already a number of Blockchain projects directed at Identity out there already, but Microsoft’s entry into the market could cause a bigger splash as the tech giant utilizes some well-known chains with its own major backing to get their project ahead.