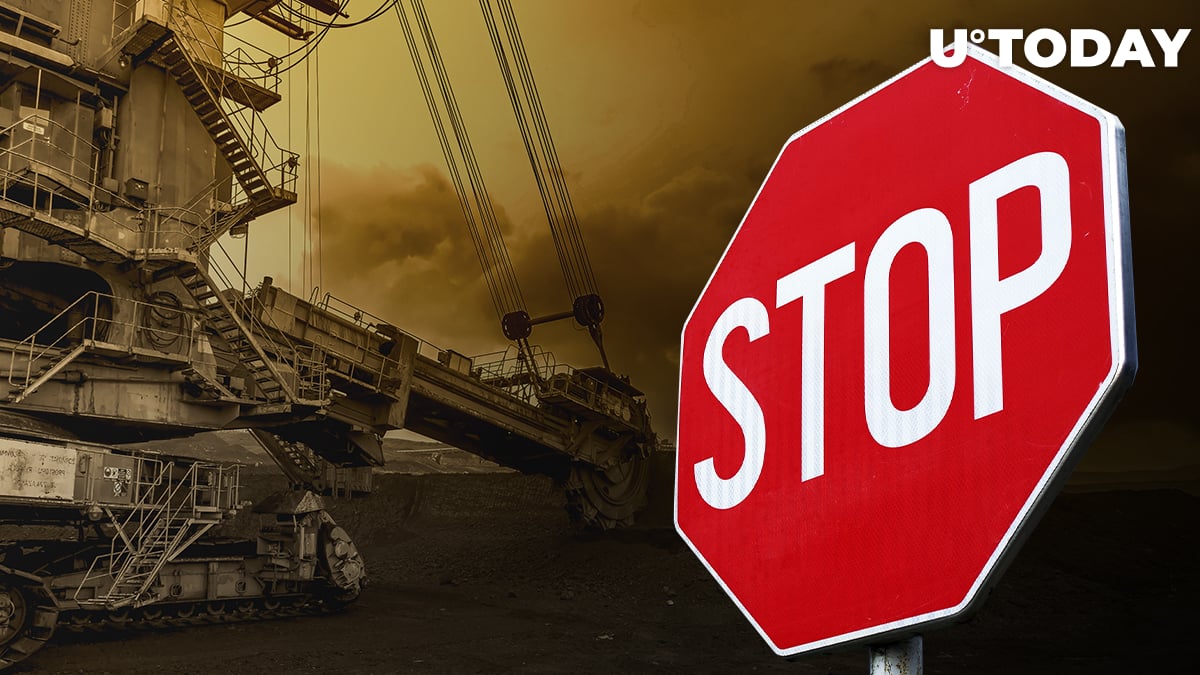 Chinese blockchain news outlet 8BTCnews has tweeted that one of the biggest miner hosting company in China, Mclouds, will be shutting down their services for customers in mainland China and will withdraw from the region by December 31.

Source cited by 8BTCnews says that today, on October 18, Mars Cloud Mine, that is part of Mclouds giant, announced that it will be withdrawing mining assets and services from mainland China before end of December, following the recent ban on crypto mining activities and crypto transactions in the country.

The platform provides solutions for Bitcoin and ETH mining, as well as for Filecoin.

China is cracking down on crypto mining again

As reported by U.Today previously, China had imposed a new ban on cryptocurrency mining and trading, announcing all crypto transactions in the country illegal.

Multiple crypto exchanges are withdrawing, relocating from China or are shutting down their business completely.

The same is happening with mining pools. Bitmain miner creating giant has announced that it will stop providing mining machines to its customers in mainland China. One of its major mining pools, BTC.com, has followed the suit and another mining giant Antpool has suspended access to its services from Chinese IP addresses.

The US surpasses China by Bitcoin hashrate

The US has now officially become the top destination for miners leaving China, according to CNBC. As per the article, the leadership of the US for miners has drastically increased by 428% since September last year.

A fintech expert from the London, Boaz Sobrano, cited by CNBC, said that the times when China controlled the lion share of Bitcoin hashrate are behind. The US has now taken its place.

Some miners are also fleeing from China to Kazakhstan, however, experts believe that this is just a temporary stopover for them.

Energy provided by this country is coal-based and next year the local government plans to impose taxes on crypto mining companies.