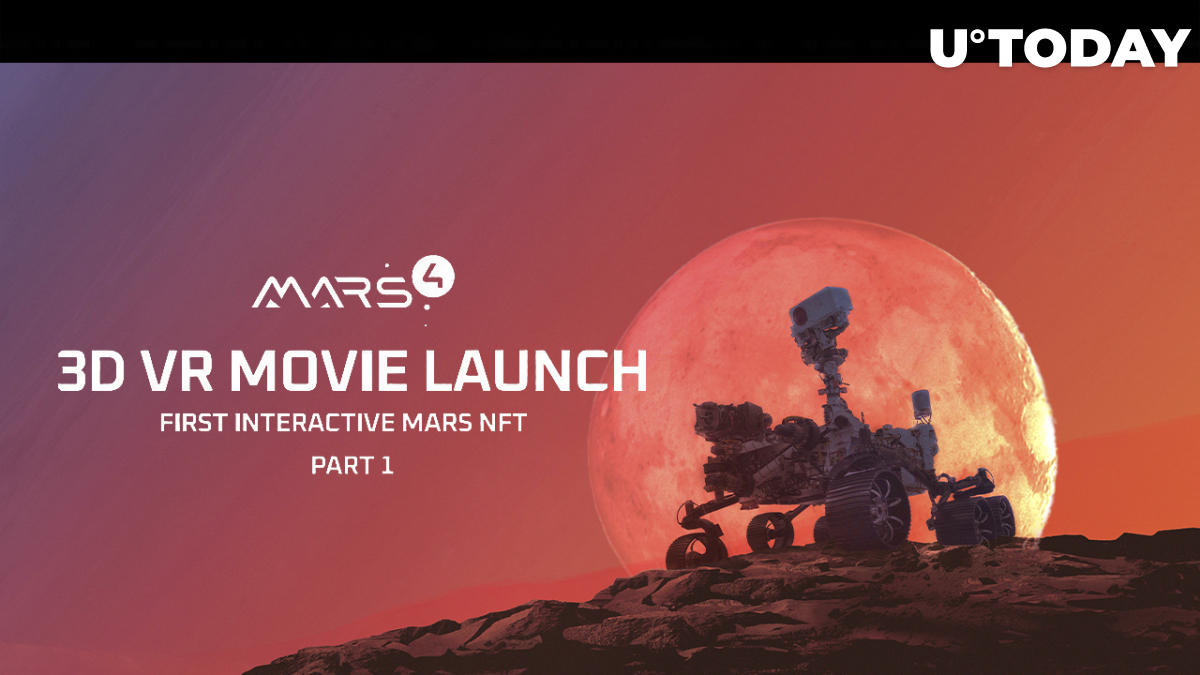 Mars4 has shown the NFT and metaverse communities the first project in a series of major reveals. The project builds an exciting new digital world with the help of the Ethereum blockchain and virtual reality technologies.

With the help of the project's community, the VR movie reveal become possible due to large early investment into the project, which has been made via the purchase of a SuperRare NFT called Newton. Newton has become the first rare NFT piece sold on Mars4. The NFT comes in the form of a piece of land, or a crater, to be more specific. The digital piece of land is located on Terra Sirenum and is named after physicist Sir Isaac Newton.

The Mars4 project has been created with the main goal of developing the most immersive and realistic experience to allow users to fully dive deep into the digital world and start their own path.

To reach their goal, Mars4 developers use the Ethereum blockchain to its full potential to offer an in-depth virtual reality view of Mars. The red planet is a perfect choice for creating a truly immersive experience, especially in the VR headset.

Users will be able to transport themselves into a completely new dimension, which will welcome metaverse newcomers with a bold landscape that will be filled with craters, volcanoes and other attributes of the red planet. With the help of the Martian Community, users will remain constantly engaged and immersed.

Mars4 NFTs and the token

Almost every day, more people are joining the Mars4 NFT to make an investment into the new interactive technology. The red planet metaverse creates the perfect ecosystem for encouraging players and landowners to enter the exchange and share in the process in the form of selling, buying and storing resources.

The end goal of the project will always be the creation of an immersive and interactive game. It would not be possible without an energetic Martian Community, which will become the foundation of a large metaverse where users can achieve everything they wish for.

Users that are willing to become part of Martian life are able to join the red planet with the help of the Mars4 token or the project's NFT.