Markets Tumble Over Weekend as Hacks Keep Cropping Up 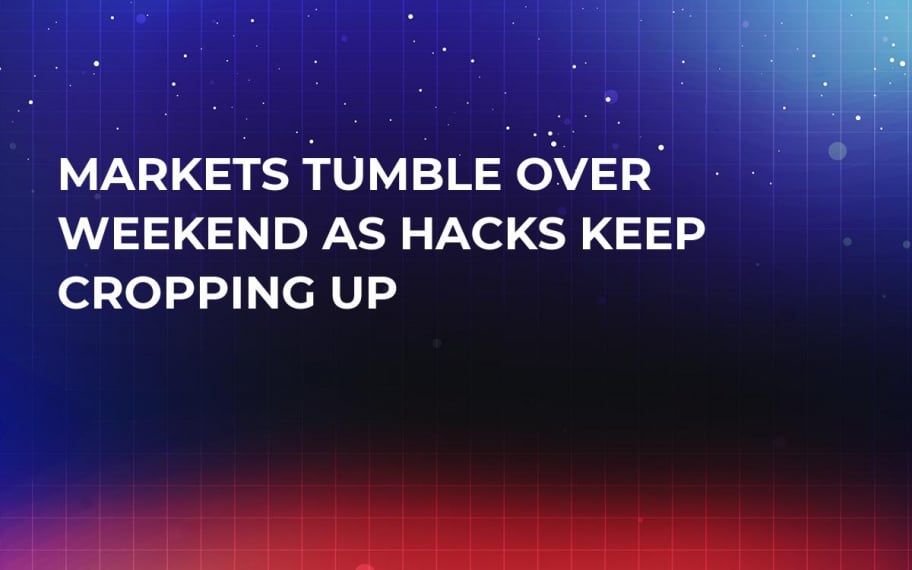 Bitcoin and its related cryptocurrency markets have struggled to make ground and were dealt another blow over the weekend as the price of the biggest digital currency fell as much as 10 percent.

There was also news that a small Bitcoin exchange in South Korea was hacked, suffering what it called a ‘cyber intrusion.’ $40 mln in cryptos were taken, and although it is not a huge hack, that could affect the markets dramatically, it does dent confidence in the cryptocurrency space which is still vulnerable.

Coinrail has so far only given names of some of the tokens that were hacked without disclosing their exact amount at stake, such as the NPXS token from the Pundi X project, ATC from Aston and NPER project's token NPER.

Yet, a blog post published by Pundi X on Sunday hinted that the alleged hacker may have stolen 1,927 ETH, 2.6 bln NPXS, 93 mln ATX, 831 mln DENT coins as well as six other altcoins also in significant amounts.

Coinrail said 70 percent of its digital assets have been moved to a cold wallet and that it is working with authorities on finding the lost assets.

Blow to the markets

Bitcoin’s reaction to the hacksaw the major cryptocurrency fall as much as 10 percent, reaching a low of $6,700 after hovering above $7,300 for an extended time. Others have followed in Bitcoin's wake too.

Ethereum, Ripple and Bitcoin Cash have all fallen more than 11 percent over the past 24 hours. EOS is down 20 percent as well.

Hacks have always played their part in effecting the cryptocurrency market negatively, and this latest one must have had some role to play in affecting the market’s confidence.

Bitcoin has struggled this year, having begun 2018 at over $13,000. The highs of late December, which saw the coin top $20,000 seem very much out of sight at the moment. However, while the market’s and their confidence may be low, there is a lot of Blockchain and crypto adoption going on in the background.