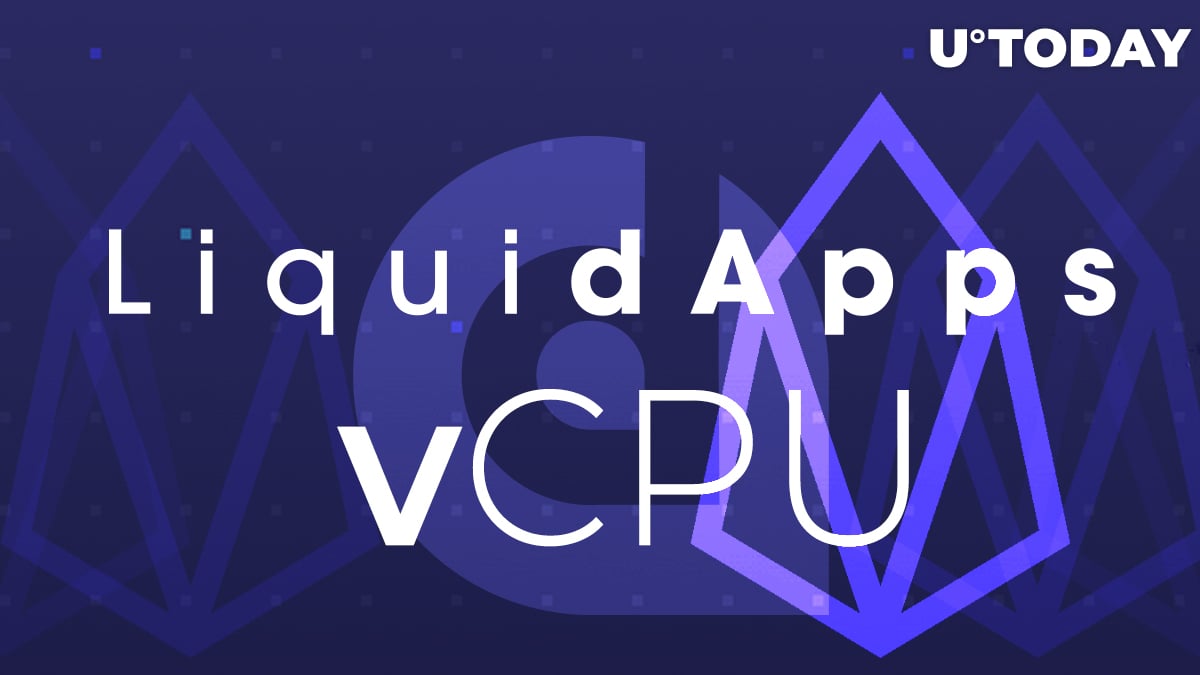 LiquidApps has released the latest of its scalability solutions for decentralized applications (dApps) running on EOS. It’s called vCPU, and it offers a way of increasing the available computing power per transaction on the EOS network. Like other LiquidApps solutions, vCPU utilizes the strength of the platform’s DAPP Network, providing an additional layer of resources to help boost the overall capability of EOS.

EOS was designed to be a faster and more scalable smart contract platform than Ethereum. By utilizing the delegated proof-of-stake consensus model, which relies on just 21 block producers, the platform can reach consensus faster than in a traditional proof-of-work blockchain such as Ethereum or Bitcoin.

However, a critical challenge with having only 21 block producers is that it limits the amount of processing power available to run transactions on the network. In the EOS environment, CPU is a system resource which allocates processing time to a particular transaction, based on the number of EOS tokens staked by the user. The constraints in available CPU mean that the network can become clogged during busy periods, even leading one user to claim there’s a “CPU crisis.”

One solution would be to force the block producers to increase their processing capacity. But this raises barriers to entry for becoming a block producer. Therefore, the vCPU solution is to use the DAPP Service Providers (DSPs) on its DAPP Network as a horizontal scaling solution. As full EOS node operators, a DSP can read requests from the blockchain, handle computation tasks in parallel, and then provide their results on-chain to the requesting dApp.

As a live demonstration of the vCPU Solution in action, LiquidApps has launched a desktop chess game app called LiquidChess. The game incorporates a chess AI, which also runs on the vCPU solution.

A further feature of vCPU is that developers can program their dApps to enable parallel processing by different DSPs. So a large task could be split across multiple DSPs, who will return results that are then recorded on-chain. This also serves to enhance decentralization and thereby increase trustlessness. For example, a dApp running financial transactions may wish to break up computational work between different operators to ensure an additional layer of security.

The vCPU launch is the latest in a suite of tools that LiquidApps has been developing to make EOS more scalable and user-friendly. The company launched the DAPP Network in February of this year, starting out with the vRAM service, which is a similar scalability solution to vCPU for EOS RAM.

Since then, LiquidApps has also released several other services, including the creation of free EOS user accounts, an oracle service, and inter-blockchain communication protocol.

EOS has been gaining traction recently, with news emerging earlier this month that a Deutsch Bank bond has been tokenized on the platform’s main net. Therefore, it’s critical that the network is able to overcome the congestion challenges, if it’s to capitalize on this kind of mainstream enterprise adoption.