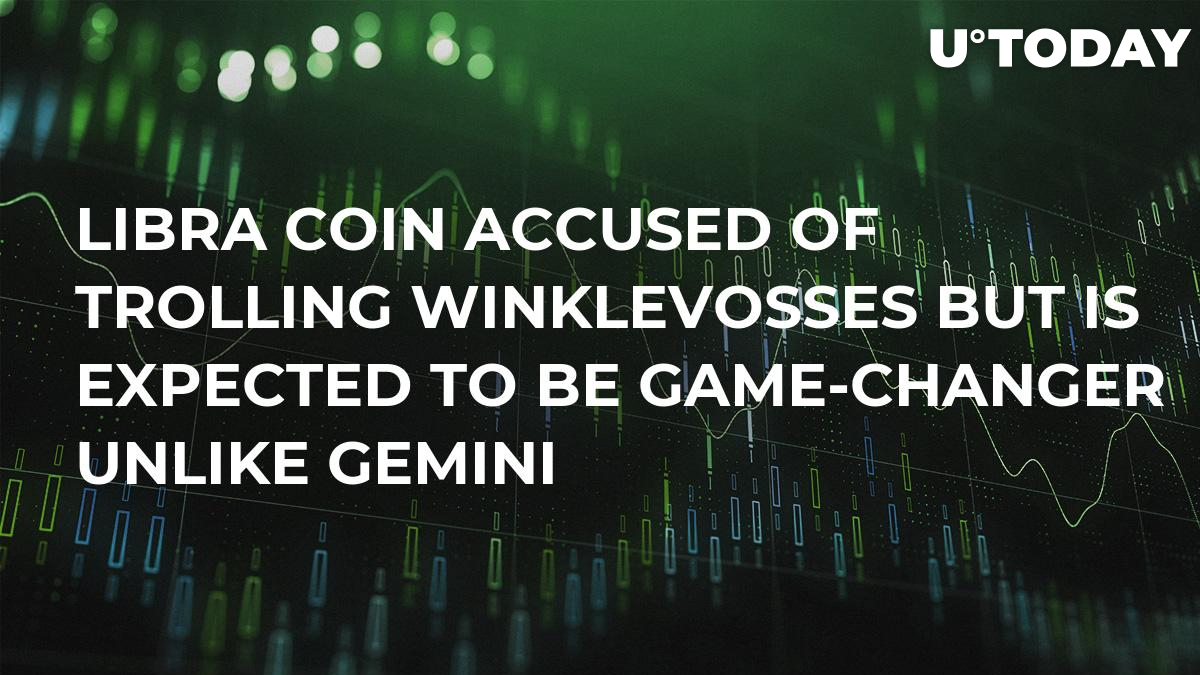 In a recent interview to CNBC, the author of the book “Bitcoin Billionaires” inspired by the Winklevoss twins says that Mark Zuckerberg is trolling the ‘crypto twins’ by choosing the name for his cryptocurrency.

The twin brothers launched their Gemini exchange launched in 2014 and now Facebook is planning to release their Libra stablecoin. Both names are – zodiac signs.

David Marcus takes ‘the blame’ for the name

In response to the accusation from the book’s author, David Marcus, a co-author of Libra, stated in Twitter that it was his idea to give the coin a name of an astrological sign, not Mark Zuckerberg’s.

Even though, some are accusing Facebook of trolling the Winklevoss twins, the role that Facebook’s Libra can play in pushing the crypto industry forward is much bigger than that of Gemini, which is basically just another regular crypto exchange and a regular stablecoin.

Many experts admit that the recent Bitcoin price rally among other factors was largely driven by the upcoming launch of Libra. The release of the coin is expected to ‘legalize’ crypto in the minds of many institutional investors that had previously been skeptical about it.

Recently, the founder of Forbes even published an open letter to Mark Zuckerberg, saying that his much-anticipated crypto product may be revolutional.