Facebook Libra’s Partners in Doubt Regarding the Coin and Could Back Off: New York Times 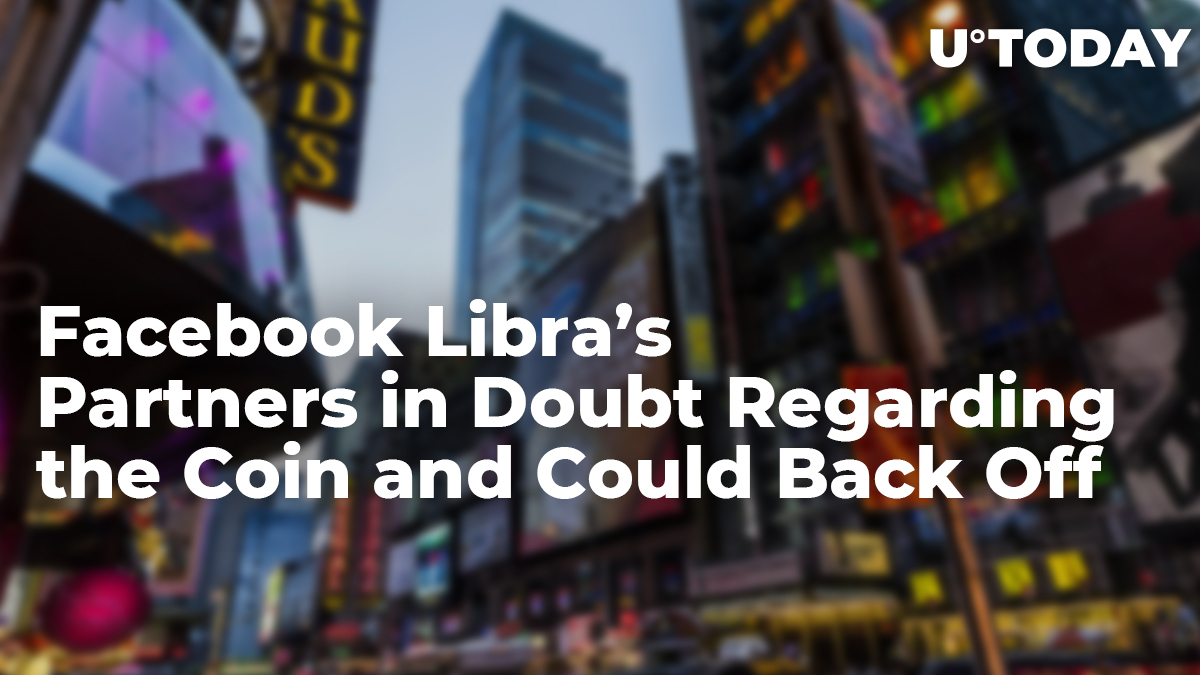 Previously, U.Today reported that US and European regulators have demanded more transparency regarding Libra, as well as insisted on implementation of more regulatory measures on it.

Now, the NYT reports that even some of Facebook’s partners have expressed their doubts regarding the Libra coin that Facebook is preparing to launch in 2020.

Previously, Facebook stated through the media that it has found nearly 30 investors and partners that have agreed to help, support the new Libra coin and will provide investments to back it.

Among them are PayPal, Uber, Visa, Mastercard and other giants of various industries.

However, recently European and US regulators have demanded more information from Facebook about the coin. Several of Facebook’s partners also seem to be in doubt, as reported by the NYT.

Seven of them have signed non-binding agreements with the social media behemoth that gives them a chance to back off should they dislike the way the launch of the coin is being conducted.

The names of these seven companies have not been disclosed.

Related
Bitcoin Price Retreats to Under $12,000, Here’s What Happened

Regulators are scaring Facebook’s partners off

These ‘seven dwarfs’ are beginning to seriously doubt in the crypto project of Facebook the Snow White due to the increasing amount of challenges that the social media giant has to face from regulators.

Besides, the platform has damped its reputation through several privacy scandals. The uncertain legal status of crypto in general is also adding fuel to the controversy.

The Fed Reserve chairperson, Jerome H. Powell, is said to bring forward quite high expectations towards Facebook’s new project regarding the matter of regulations and protection of consumers.