Yuri Molchan
Over the last day, the losses of the crypto market were over $14 bln as BTC plunged five percent, other major assets have lost from slightly more to twice as much 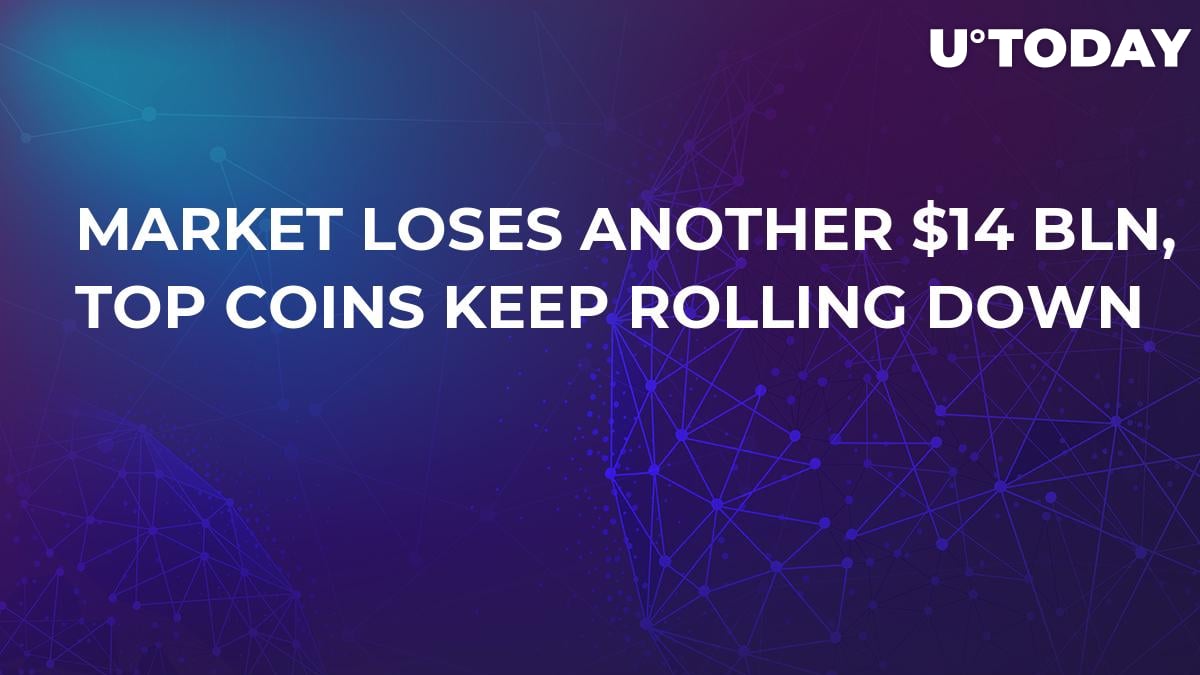 Bitcoin is the most powerful coin in the market when it comes to market cap, trading rate, and trading volume. It has only slumped five percent over the past day, which is less that all other assets. However, other top coins went down, losing a lot more from seven to a whole fifteen percent of their price.

What is making coins roll down the ladder?

The crypto market has been in decline since the very start of 2018, and since then not a single asset has attempted a thorough mid-term rise.

Last week, when the market also experienced the BCH hardfork with all of its aftermath, analysts suggested that two options are possible further on: either Bitcoin will turn resistance at $6,000 into support and will gain powerful momentum or slump even lower, to the $5,000 zone.

Bitcoin then got into a troublesome position when it attempted breaking towards $6,000, considering its volume that had lost weight by then and the harshness of the market collapse on the day when Bitcoin Cash chain split into the two rivalling camps.

Hsaka, a crypto trader working with technical analysis, suggested that in the coming days BTC may retest the $5,600 area.

Naturally, when Bitcoin kept a more or less stable rate from late summer to late fall, then began to correct down the charts and declined substantially against the USD, other top coins also found it hard to hold and followed suit, going down the graphs. XRP, which went 8 percent against the USD on Sunday, dropped, turning yesterday’s winnings into nothing.

Another reason analysts and top investors believe is the fact that things are not so good in the US stock market either. The market is losing momentum, making the stocks of tech giants such as Nvidia, plummet within 10-30 percent.

CNBC recently reported that around 25 percent of well-off investors in the stock market are predicting a major decline there.

Thus, the decline of traditional assets, such as stocks, equities and other securities, have previously pushed crypto upwards, but now they are pulling the crypto market down, making institutional investors again view it as a market of high risks.