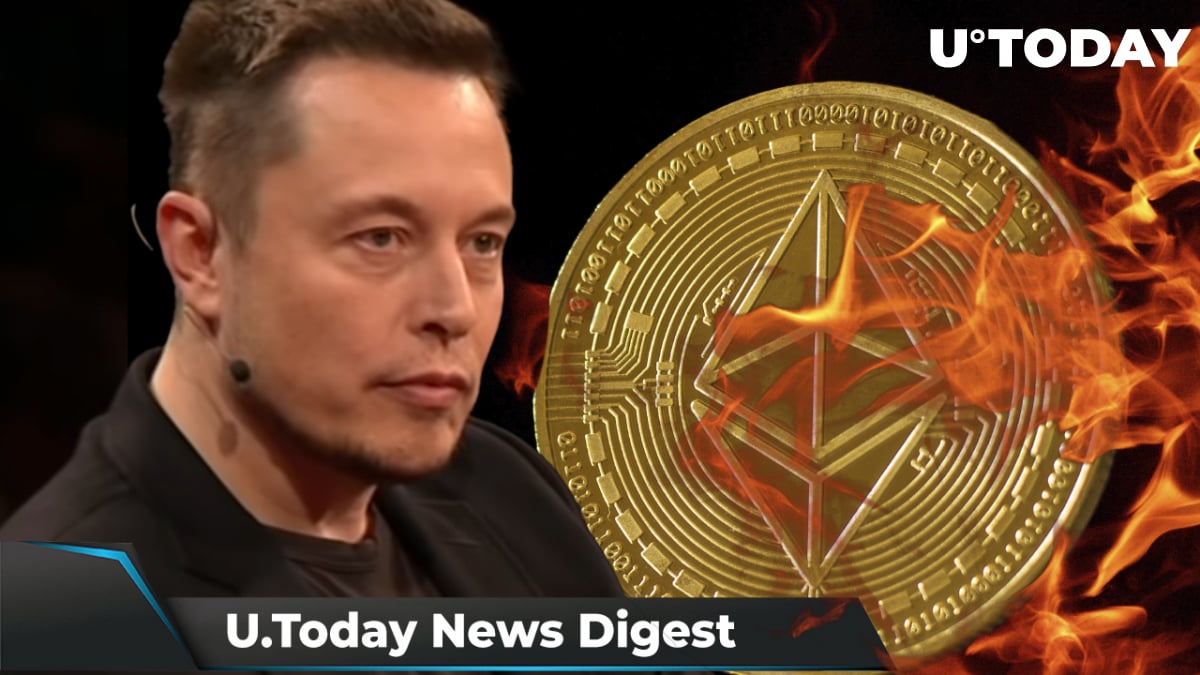 U.Today has prepared the summaries of the top four news stories over the past day.

A recent tweet by Kraken’s product lead, Brian Hoffman, stirred up the Shiba Inu community. In his post on the social media platform, Hoffman said that he was “feeling good” about the upcoming week, adding a Shiba Inu GIF. Two weeks ago, Kraken announced that it would add support for the meme coin, but then decided to take its time, saying that there is more work to be done. It is unclear, though, whether the exchange is going to keep its promise this time since the aforementioned post is no longer on Hoffman’s Twitter account.

Yesterday, the Whale Alert crypto tracker detected several large transactions, carrying a total of 1.25 million Ethereum, or $6 billion in fiat equivalent. The funds were moved from the "unknown wallet" to the Kraken centralized exchange. According to the Etherscan data, 100% of funds have been transacted from the Kraken cold wallet. The reasons behind these transactions are the increasing funds inflows and users continuously withdrawing their funds from exchanges due to the strong bullish trend on the market and the deflationary path of Ethereum.

The topic of U.S. inflation has been raised by many economic experts as well as crypto influencers. Now, Elon Musk and Dogecoin creator Billy Markus decided to join the choir of those who are displeased by the current state of United States inflation rates. The Tesla CEO showed support for the Blockworks tweet about the dollar losing 91% of its purchasing power in the last 70 years, claiming that inflation is "the most regressive tax of all." The Dogecoin developer joined Musk; Markus added that the U.S. mainstream media is trying to hide the real impact of inflation on the country's economy by portraying it as something "good."

$400 million worth of ETH burned by OpenSea

According to data from ultrasound.money, more than 10% of 892,000 burned Ethereum coins is coming from NFT marketplace OpenSea. It remains the biggest coin burner since the beginning of the NFT rally that started back in August with its peak in September. At the moment, OpenSea has burned a total of 100,854 ETH, which is around $400 million worth of coins. Before the update, the same amount of coins would have been transferred to miners who would then sell it on an exchange.