John McAfee to Integrate Tron Blockchain with McAfeeDEX on November 8 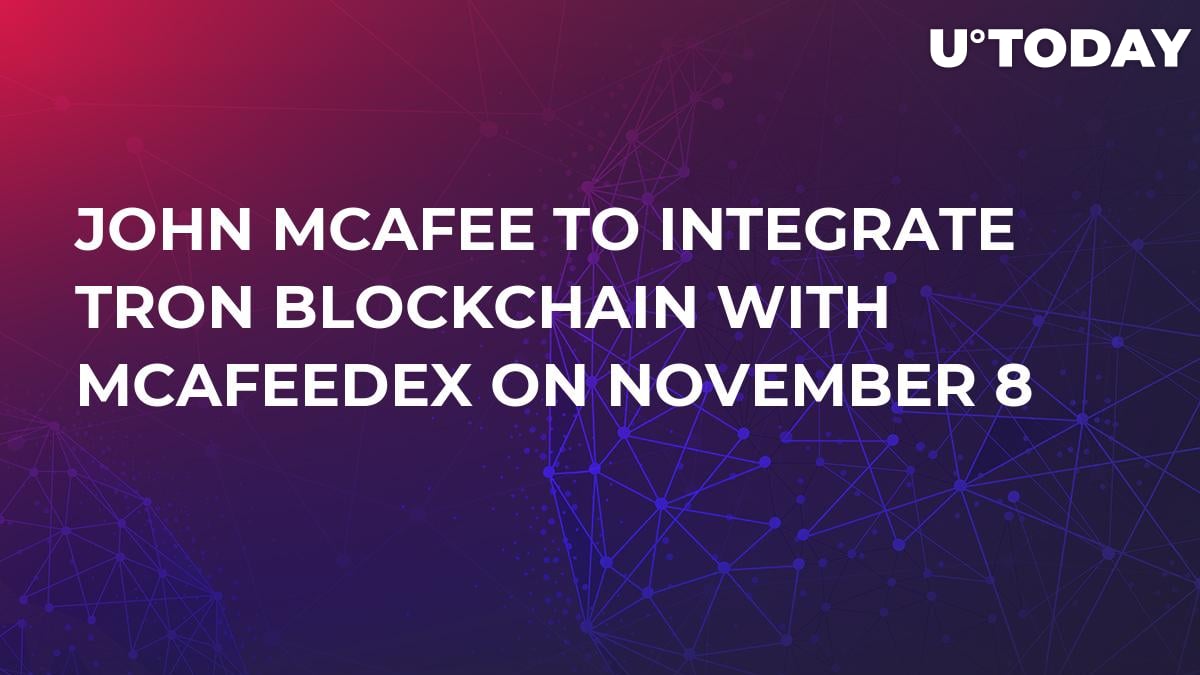 The crypto influencer John McAfee who has recently launched his own decentralized exchange (dex), McAfeeDex, announces that he is finally prepared to integrate the Tron blockchain with it. The event will happen in about a week – on November 8.

The dex was launched about three weeks ago, when the crypto baron announced that he was going to release a product that he and his team had been working on for over a year.

Known for his negative attitude towards centralized crypto exchanges, which hold customers’ private keys, McAfee gave the world an Ethereum-based decentralized exchange where everyone can list their coin free of charge.

He even offered everyone to use a ‘franchise’ – McAfeedex portals that will help power trading operations on the exchange and will get 0.05% off every trade. The cost of the package to install such a port is $395.

McAfee to add Tron blockchain to his crypto exchange

As per the tweet on the MacAfee’s account, as of November 8, the dex will also start running on the Tron chain.

This will be another major milestone for Tron, due to McAfee’s ‘big name’ and reputation of an influencer in the crypto industry. However, not as big, it seems, as Tron’s recently announced partnership with the electronics behemoth Samsung.

The Tron chain is now integrated with Samsung Blockchain Keystore. Samsung has added Tron APIs and is going to work with Tron-based transactions and dApps.