Yuri Molchan
John McAfee has had a legal issue with the Chinese Zombie Coin project but now they post a photo, which shows that the US presidential candidate has solved it 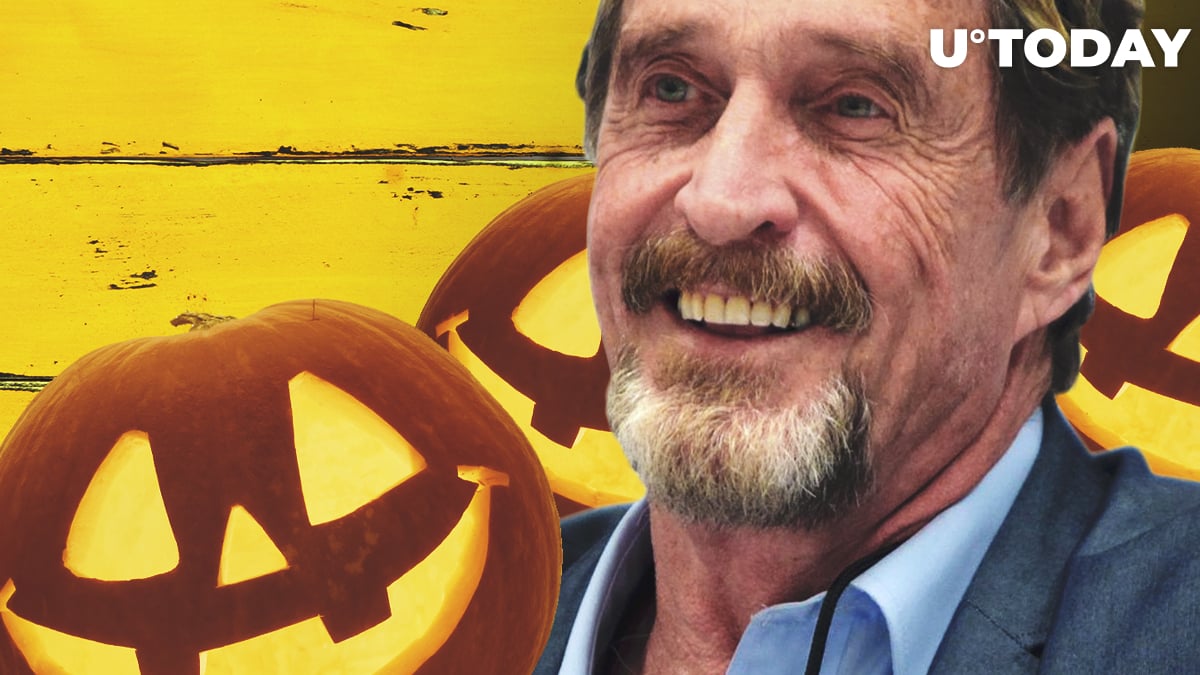 The creators of the South China Zombie Research Centre thanked crypto baron John McAfee for taking part in their social experiment. Now, their website is up for sale, and now they promise to review any offers that exceed $12 (not too much for after the epic PR stunt).

The creators of China Zombie want to thank @officialmcafee for allowing us to participate in one of his social experiments. China Zombie exists because of the experiment and we all had a blast.

This site is now for sale. Will consider any offer over $12.

Earlier, U.Today reported that the thought leader in the crypto sphere joined the team of the Chinese Zombie Coin Project to write the white paper for them. The project was set up by the South China Zombie Research Centre.

However, when later on the former antivirus mogul McAfee released a draft of the white paper on Twitter, the Zombie Coin team accused him of scorning the project and making fun of it. They threatened to sue McAfee and demanded $100 mln from him for the damage. McAfee promised to explain the situation to the team, saying that they would withdraw their legal complaints.

Since then, the crypto baron has not recalled this incident. However, on October 31, when Halloween is celebrated around the world, the South China Zombie Research Centre took to its Twitter page to post a photo of a man who looks like the US presidential candidate John McAfee with blood all over his face and lying on a hospital bed.

The post says that McAfee has been bitten at his will and given an antidote. Perhaps, the community should expect the crypto influencer to turn into a zombie and start shilling Zombie Coin more efficiently after that.

Mr. McAfee agreed to be bitten. We are giving the antidote. He will be fine. pic.twitter.com/kDQZkVFwR5

Another tweet of the South China Zombie Research Centre hints that they have settled their problem with McAfee.

We solve our problem with Mr. McAfee. He send a person for trial test. Was as we want.#GALT

Now, it's all clear that McAfee will be safe in case of a potential zombie apocalypse.

What are your thoughts on the Zombie Coin experiment and McAfee’s participation in it? Feel free to share them in the comment section below!