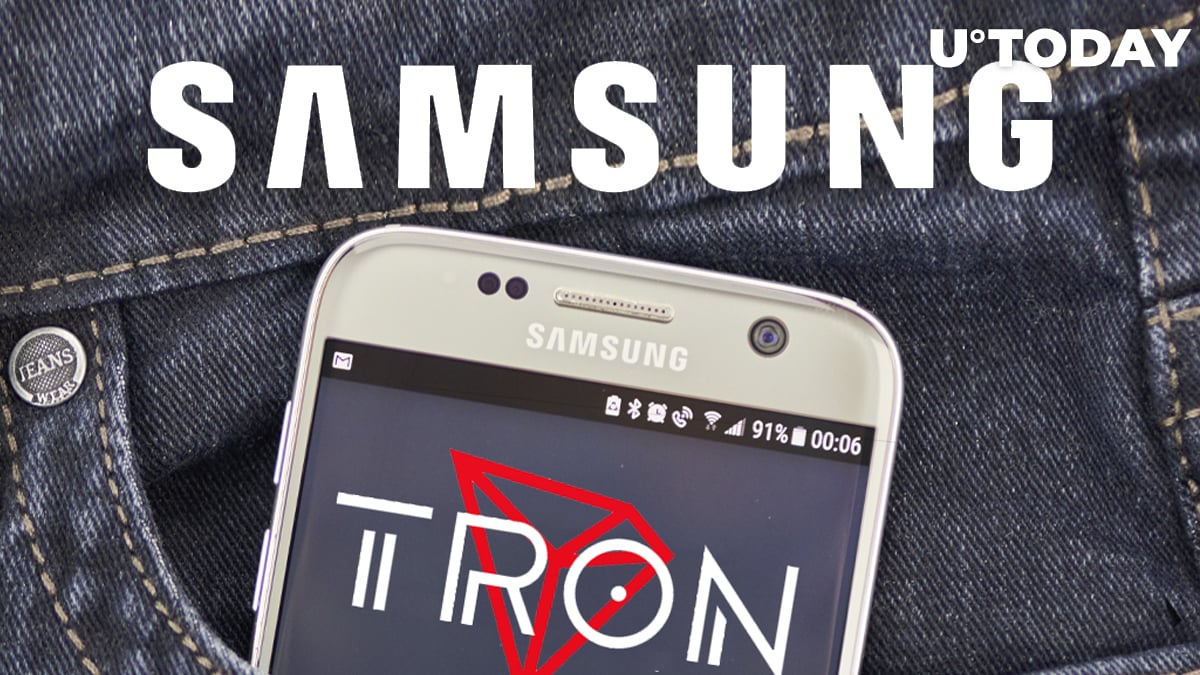 Tron CEO Justin Sun has confirmed Tron's partnership with Samsung that will allow building dApps on the company's devices.

Earlier today, Misha Lederman, the CCO of Tron-based BeatzCoin reported that Samsung was prepared to work with transactions on the Tron ledger and adds Tron APIs.

This means that #TRON APIs for #TRX-based tokens & DApps could soon be accessible to around 1 billion global Samsung users? pic.twitter.com/5KSJEuwjYV

On Friday, October 25, Justin Sun took to his Twitter account to promise an announcement of a new partnership that Tron planed to start with a ‘hundred billion USD megacorporation’ next week.

Some assumed that it would be Samsung back then.

Previously, the community suspected that a collaboration with Samsung would be announced soon.

In his tweet, Misha Lederman states that in the near future BTT, TRX, USDT-Tron and Tron-based BeatzCoin are going to be exposed to a vast number of Samsung Galaxy S10 users.