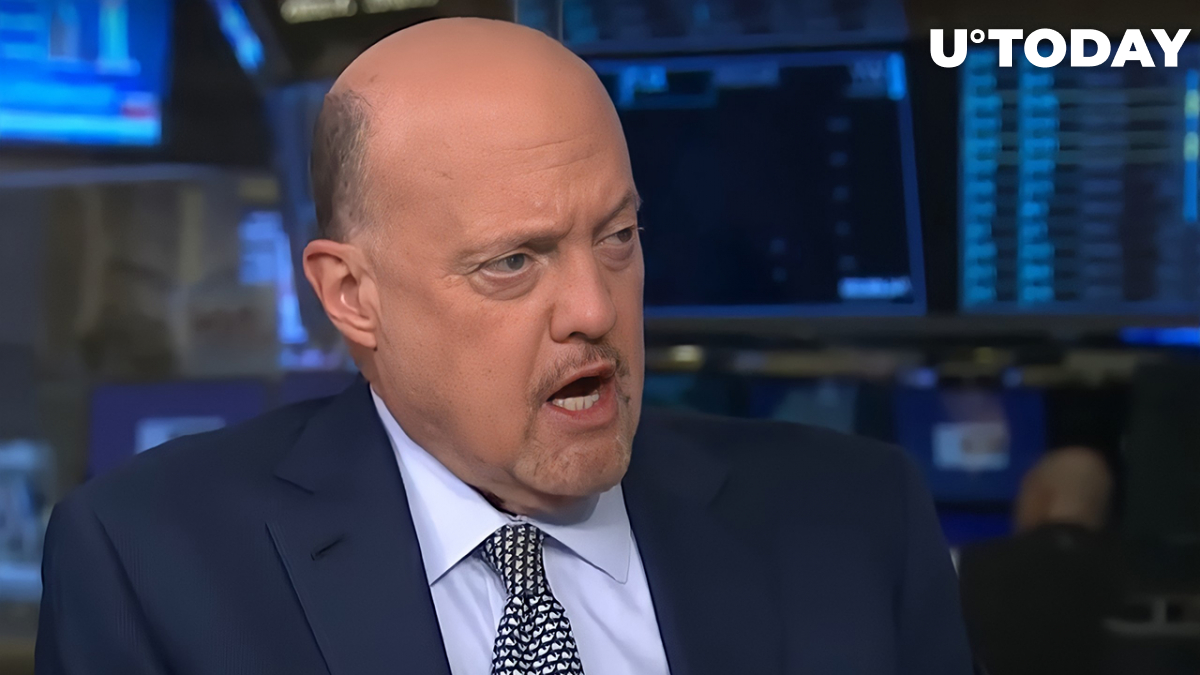 CNBC's host of "Mad Money," Jim Cramer, has visited the Squawk Box show to talk about Bitcoin and traditional markets.

The host shared his skepticism regarding Bitcoin reversing and starting to go up. He mentioned that recent appearances of Galaxy Digital's Mike Novogratz and MicroStrategy's CEO Michael Saylor on CNBC earlier this week were "a stand show."

He believes that these two major investors in Bitcoin had to put it up as "they can't let it go down any more," so they took up the role of people who say that this price dump is a norm before BTC skyrockets. This is a normal state of affairs for crypto prices.

Finally, Cramer shared that he believes Bitcoin is going to go down to $12,000, the level where "it was before this whole fiasco began."

Ads
Related
Peter Schiff Agrees with Michael Saylor That Bitcoin Is on Sale, But There's a Catch

The "Mad Money" host again stated that Bitcoin "really isn't anything," and he mocked Joe Kernen when he said that it is a representation of the nascent blockchain technology.

In his earlier interviews, Cramer stated that he believed Bitcoin and Ethereum to be "the most legitimate" cryptocurrencies, and he said that people should be allowed to invest in them as long as they do not consider them risk-free assets.