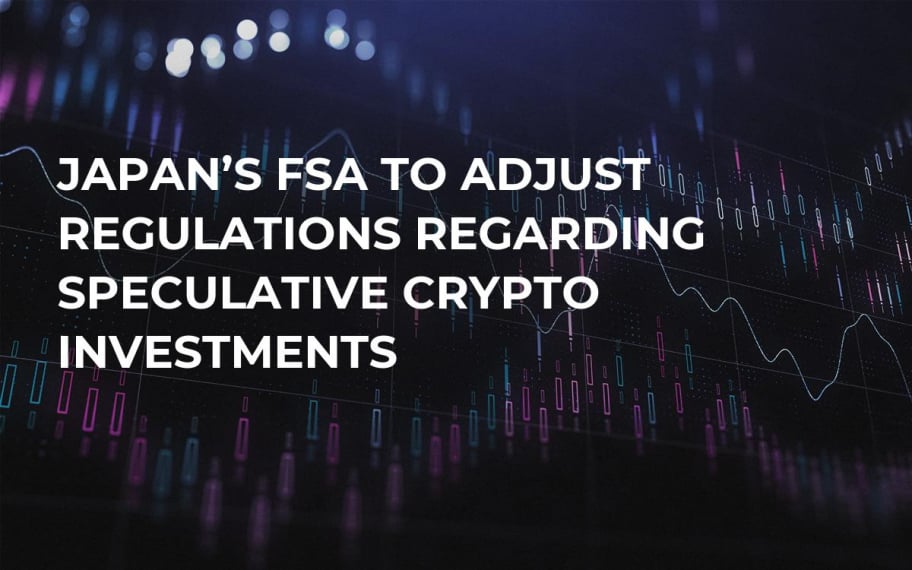 In spring 2017, the Japanese regulatory body, the Financial Services Agency (FSA), introduced new rules that updated the previously implemented Payment Service Act. According to the new version, digital coins were recognized as a legal payment option.

Preparing for a wide adoption

The agency made the new framework to get ready for a rise in the spread of electronic coins used for settlements and remittances.

But there was one thing the FSA did not foresee – people began to use digital coins, Bitcoin in particular, as an investment tool much more often than as a payment option. Now the regulator plans to take speculative investments under control.

Back in April, the agency gathered a group of experts to eliminate the dissonance between the regulation laws and the real ways of using digital coins in Japan.

In July 2018, the media wrote that the FSA had an intention to make the electronic assets sector ruled by the Financial Instruments and Exchange Act (FIEA), rather than the Payment Service Act. The new rules will impact conventional brokerage firms and companies dealing with financial security for businesses.

The FIEA confirms that these companies will have to manage their clients’ funds separately from companies’ assets. The latter would be much more protected legally.