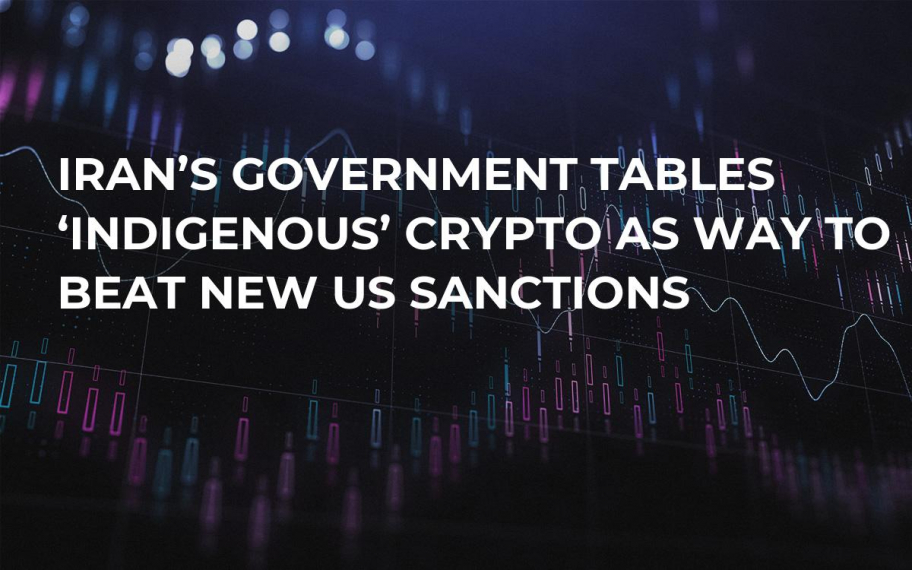 Iran, a country that has been under a lot of economic pressure in recent times, has hinted towards a government-backed cryptocurrency as their way to economic freedom. That hint is gathering steam as it has now emerged that the ‘indigenous cryptocurrency’  is currently on the agenda of the government's Science and Technology Department.

The project is ongoing and is progressing with the cooperation of the central bank and will reportedly back and tokenize Iran’s own fiat currency which would then make cross-border transactions glide past US sanctions.

Alireza Daliri, the department's deputy head in charge of investment affairs, said that they are in the stage of preparing such a government-backed currency that will be effective in Iran for cross-border payments.

"We are trying to prepare the grounds to use a domestic digital currency in the country," Daliri said in a report. “This currency would facilitate the transfer of money (to and from) anywhere in the world. Besides, it can help us at the time of sanctions.”

Cryptocurrencies have already come to the fore as a way in which countries under sanctions from major global powers, such as the US, can escape economic suppression. It is playing out in Venezuela, with the Petro, and even North Korea has used digital currencies as a way to fund government works.

With Iran now set to face a new wave of sanctions, thanks to the US pulling out of the Nuclear agreement of 2015, the country is preparing itself for the worst. President Donald Trump has already emphasized that the sanctions which would be imposed on Iran would be “at the highest level.”

The sanctions would include a universal ban on Iran over buying or acquiring US dollars which will come into force in August as well as restrictions over purchases of crude oil from the country and investing in its oil sector projects which will become effective by the start of November.

Cryptocurrencies have been seen as a disruptive technology for a number of sectors, including banking and economics, but they are now entering the political game, being used as a tool to manipulate the global playing field.

The power of once mighty nations in the global sphere, like those in NATO, could well be undermined by these digital assets which are easily tradable and do not adhere to usual rules and regulations.