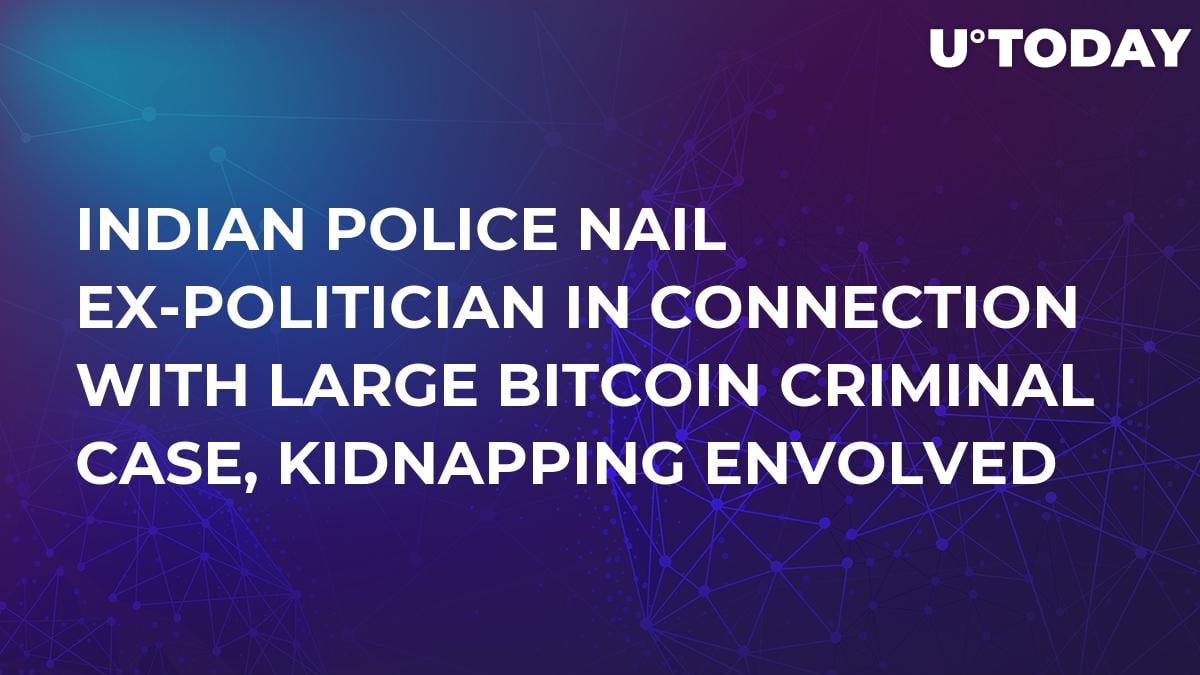 Back in May, when Kirit Paladiya, one of the arrested kidnappers, was interrogated and he named a former Indian politician Nalin Kotadiya as an accomplice. As a reminder, in late winter 2018, Kirit Paladiya with a few other people kidnapped a builder Shailesh Bhatt, trying to extort Bitcoins from him.

Kotadiya was wanted, according to Indian media, since June, after he did not show up in the police for questioning after several times he was summoned. He was finally arrested on September 9.

Nevertheless, the man claimed he was innocent and the accusations against him are being a setup despite the fact that his accomplices pointed at him as the leader after being interrogated in May. The gang consisting of Amreli Police members was extorting electronic coin #1 from the kidnapped Shailesh Bhatt.

Related
Giving Each Other a Helping Hand: Traditional Finance and Crypto to Lead Each Other Forward

The arrested Kotadiya, despite his new ‘prison’ status, has also accused the victim of previously also kidnapping two Indian crypto investors. Shailesh Bhatt, allegedly, made them pay 2,300 virtual coins at the start of February 2018.

Criminal use of crypto

This case is one of many when criminals take advantage of P2P systems, like those offered by virtual currency platforms. Among them are kidnappers or hackers who demand ransom after attacks and stealing personal user data from top ranking websites or platforms.

However, presently law-enforcement agencies are able to track payments made in virtual coins, Bitcoin in particular, despite the fact it is quite complicated. For this reason, recently regulators all over the world start demanding crypto exchanges and their customers follow KYC (‘know your customer’) rules. This reduces the level of anonymity in crypto transactions.

However, this also raises debates within the crypto industry and community, since this way the concept of decentralization becomes compromised.