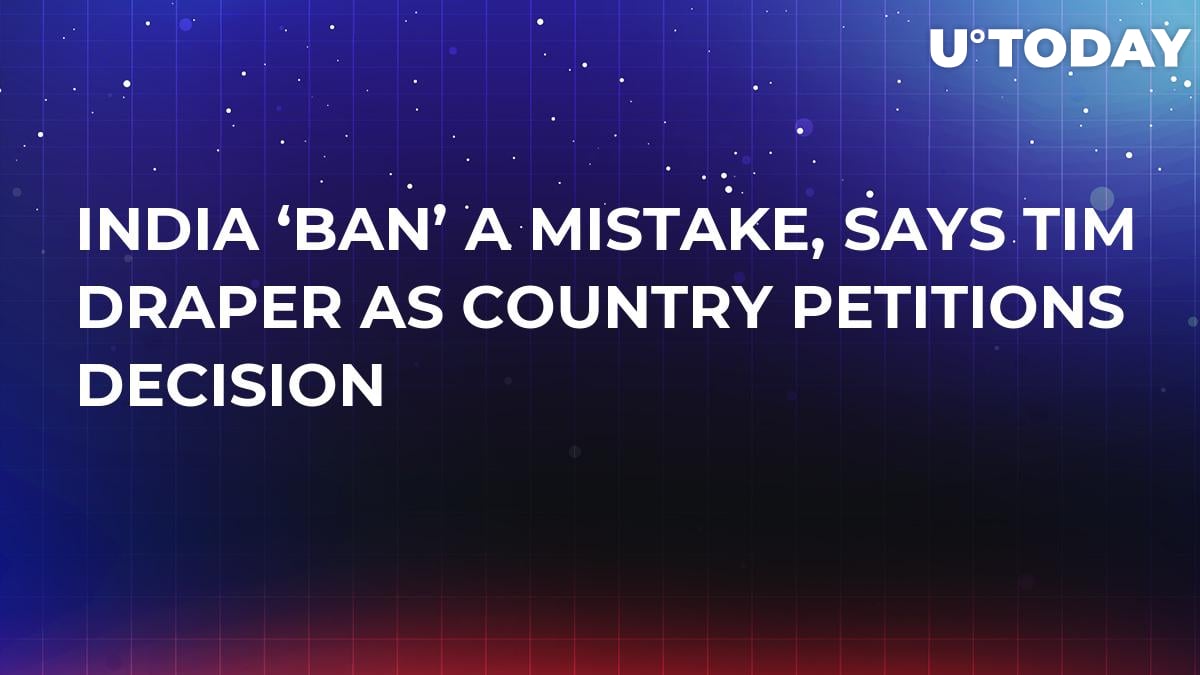 India, a country where cryptocurrencies and Blockchain technology have potential to thrive and be effective, dealt a heavy blow to the latest wave of innovation when its central bank, RBI, cracked down on any entity dealing with Bitcoin and the likes.

It has led to a backlash from not only top entrepreneurs and cryptocurrency commentators, such as Tim Draper, famed venture capitalist, but it has also caused indignation from scores of citizens who have protested the ‘ban’ with a growing petition.

Draper calls it a mistake

Draper, who has been at the forefront of some big businesses and technological advances, has also become quite the cryptocurrency advocate. He recently returned to the Indian markets, after exiting them due to a perceived lack of “rule of law.”

Now, with vested interest in cryptocurrency, as well as India, Draper has made statements on the recent ‘ban’ which essentially states that:

“Entities regulated by RBI shall not deal with or provide services to any individual or business entities dealing with or settling virtual currencies.”

“If I had a meeting with Prime Minister Narendra Modi, I would have let him know he is making a huge mistake.”

“If the local authorities are banning crypto, then companies in the space should move elsewhere. The government needs to realize that it is stifling innovation and should instead be creating an environment where these ideas can be tested and promoted. They have the choice to be trendsetters and attract the world’s best engineers and coders, or lose their best and brightest to other regions,” he added.

Meanwhile, businesses and individuals who the ban effects directly have tried to make their voices heard as they launched a petition on the website, change.org

The petition requests that the Indian government support the Blockchain and crypto sphere, specifically because it provides young people with jobs:

“There are tens of thousands of youth that have gotten jobs or employment with Blockchain and relating companies. This is massive for a government which has not been able to improve the employment rate.”