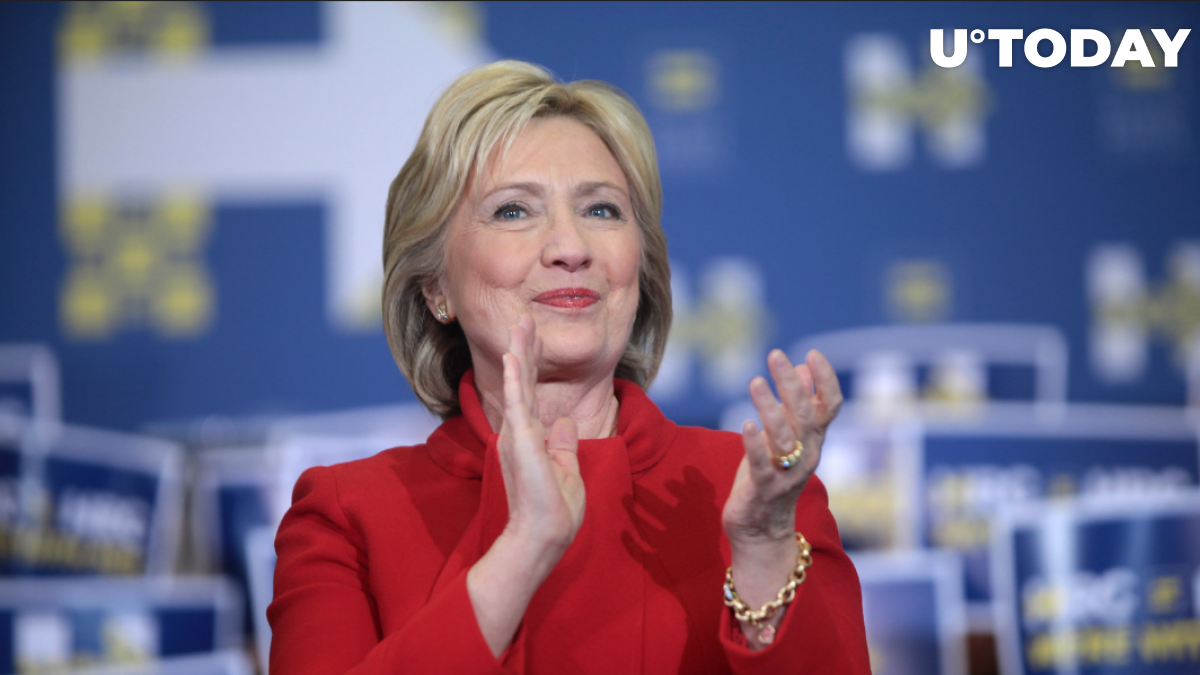 Former Secretary of State Hillary Clinton weighed in on the rise of cryptocurrencies during her virtual appearance at the Bloomberg New Economy Forum, claiming that they could undermine the role of the U.S. dollar as the world’s reserve currency and destabilize nations:

One more area that I hope nation-states start paying greater attention to is the rise of cryptocurrency -- because what looks like a very interesting and exotic effort to literally mine new coins in order to trade with them has the potential for undermining currencies, for undermining the role of the dollars as reserve currencies, for destabilizing nations.

Clinton, who was the Democratic presidential nominee during the 2016 election, claims that crypto poses a direct threat to global currency markets.

Some believe that her words could be actually seen as an advertisement for cryptocurrencies by ardent proponents:

You can imagine crypto people would put this on their billboard ads:

“Has the potential for destabilizing nations”
- Hillary Clinton https://t.co/HpqEqwIHsK

This is the first time that the former US first lady has offered a sharp critique of cryptocurrencies. Back in September 2018, she simply confirmed not owning any Bitcoin when answering a set of rapid-fire questions.

According to an email released by Wikileaks in 2016, Clinton’s senior campaign aides dismissed the idea of accepting Bitcoin donations because they deemed it to be “too libertarian.”

One thing that Clinton and Trump agree on

The destabilizing effect of cryptocurrencies is one of the very few things that Clinton agrees on with former President Donald Trump.

Trump, who pulled off one of the biggest upsets in American political history by defeating the former Democratic nominee in 2016, has been very vocal about his disdain for cryptocurrencies.

As reported by U.Today, Trump went as far as calling Bitcoin a “scam” during his June interview on Fox Business.

During his October appearance on Yahoo Finance, he doubled down on his criticism, explaining that he didn’t want any other currency to demean the U.S. dollar:

I'm a big fan of our currency and I don't want to have other currencies coming out and hurting or demeaning the dollar in any way.