Valeria Blokhina
Take a look at what U.Today has prepared for you in its latest crypto news digest! 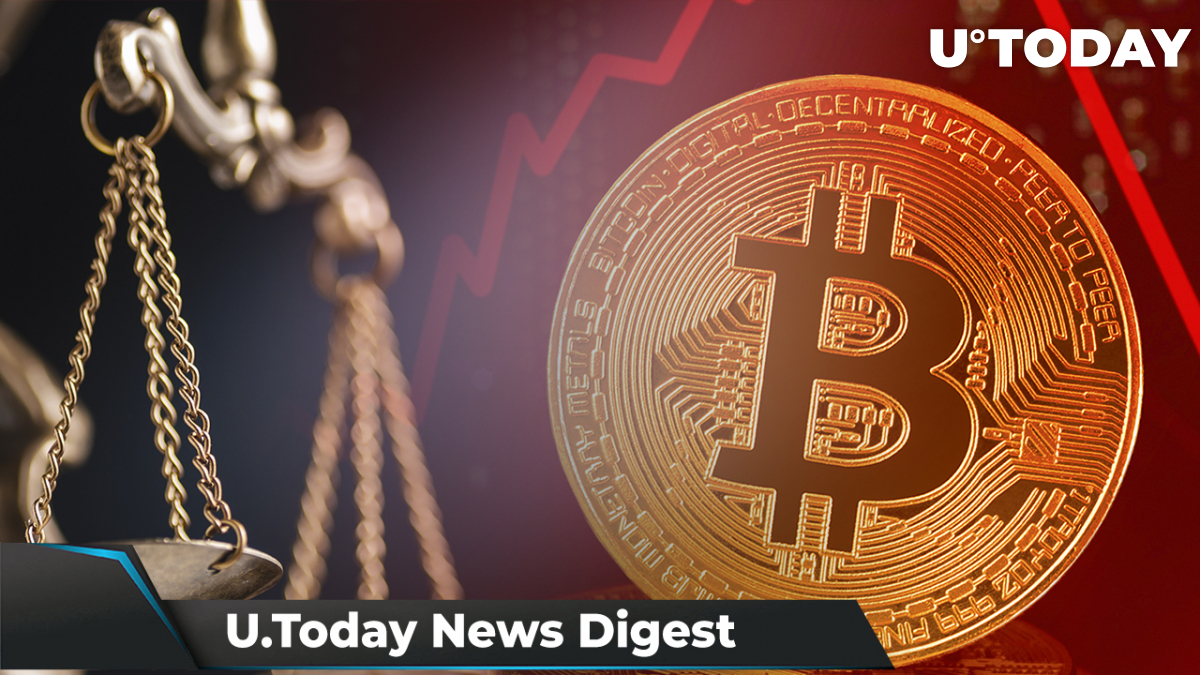 After the Bank of England raised rates by 25 basis points, another banking system across the pond, the Federal Reserve, decided to raise interest rates for the first time since 2018. Bitcoin sank almost 1.5% on the news, but the flagship crypto has quickly recovered and, according to CoinMarketCap data, is trading at $40,896.

The central bank intends to raise interest rates "steadily" throughout 2022 and will continue adapting its policy to the changing economic environment.

Related
Here's Why $39,000 Is Most Important Price for Bitcoin

According to its official documents, Ripple partner company, The Clearing House, is currently working on the development of a cross-border payments system that could potentially replace SWIFT in collaboration with Wells Fargo. The system is called Real Time Payments (RTP). The service would allow for real-time transfers of digital currency between eligible Wells Fargo accounts. It includes real-time postings, immediate confirmation and a secure two-way messaging service.

Yesterday, WhaleAlert tracking service detected a massive volume of coins wired from a major exchange to an unmarked wallet. The anonymous wallet received 100 million XRP, or  $74 million in the fiat equivalent. The wallet constantly redistributes received funds to smaller entities, but it is not tied to any other exchange or an OTC trading desk. The address in question may be owned by large private investors rather than centralized or decentralized services.

Good news from Cardano founder Charles Hoskinson. In his recent tweet, he shared that almost a year after the original paper's publication, the first Hydra Heads had launched on the public Cardano testnet. Hydra Heads is a crucial building block that exploits the capabilities of the EUTXO model to enable more complicated solutions on top of it. However, despite Cardano reaching such a significant milestone, the ADA price doesn’t seem to be affected. The asset is currently changing hands at $0.84, down 73% from its all-time high of $3.10.