Exclusive Interview with Cardano’s CTO on Decentralization Process, Next Steps and Dogecoin 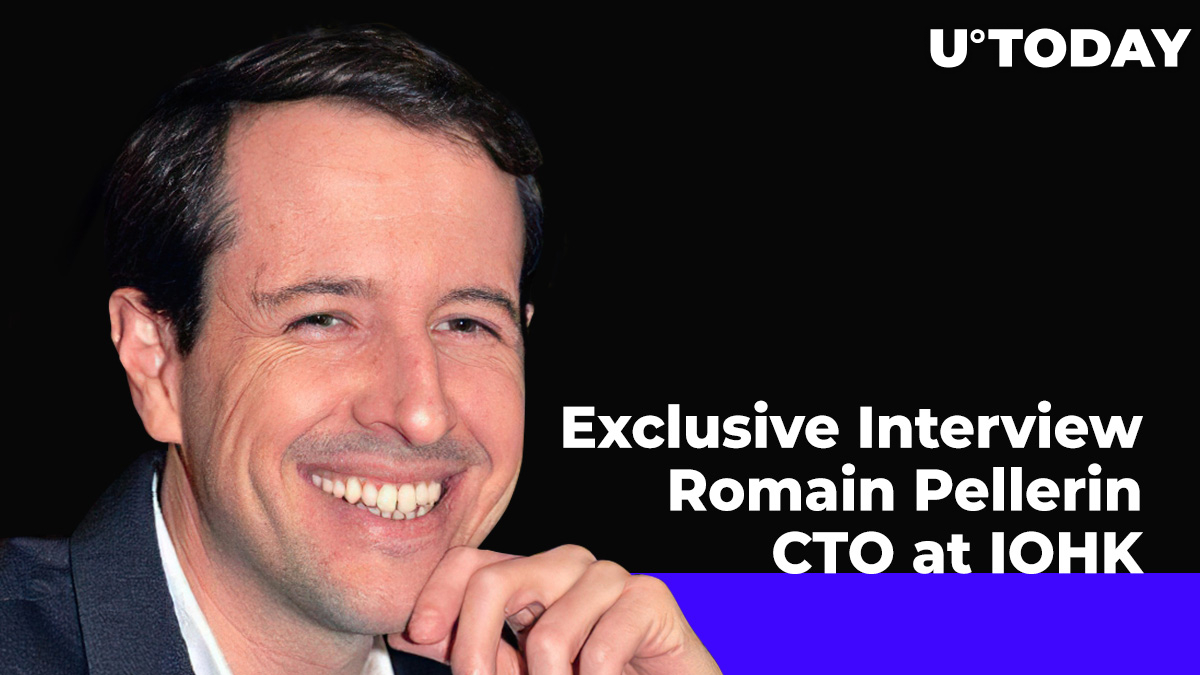 Recently I spoke with Romain Pellerin, CTO at IOHK, about his company’s new smart contract integration era and other interesting activities that are happening right now with Cardano. In this interview, he also explains why it is not good that so much attention is drawn to Dogecoin while projects with real use cases remain in the shadows. Don’t miss this piece!

U.Today: Cardano is currently in the middle of rolling out its smart contract integration era, called Goguen. Can you please give us more details about it? What is it, and what will happen in this era?

Romain Pellerin: The Goguen era has begun. We already had two hard forks in December (Allegra) and February (Mary) in the context of Goguen, in order to support native tokens and NFTs.

This summer, we are going to launch smart contract support. The main, big release that is coming is developers’ ability to deploy smart contracts on Cardano.

U.Today: Cardano implemented the hard fork Combinator, which allows for the activation of crucial updates without painful and risky chain splits. In your opinion, what prevents other chains from doing something like that, from implementing the same mechanisms?

Romain Pellerin: I think they should do what we did with the hard fork Combinator. The hard fork is determined by looking dynamically at events in the system. Instead of deciding that you need to move to another version of the software at a particular block, we do it when everyone agrees that a new era should start. It is very different. It is more real time and smoother when a clear majority of the network decides that this is the start of a new era.

U.Today: What are the next steps for Cardano? What should we expect from your company in the next year or so?

Romain Pellerin: Have you heard about the Catalyst program? It is our funding mechanism governance based on the treasury. It runs community-funded projects that will bring new developers and new initiatives to the Cardano ecosystem. We call this “governance” because the community itself is in charge of deciding future innovation on Cardano. There is a process of decentralization happening. We decentralized block production, we are going to decentralize network topology, and we are also going to decentralize the governance of the chain itself.

We will be introducing, by the end of the year, the first features to actually offer control of the data, of the protocols, to the community itself. That is what will follow Goguen.

We are also working on Hydra, which is a technology of state channels, which will help an enterprise to transact at high speed. If the two of us wanted to transact at a high frequency—let’s say, a million transactions per minute—we could open a state channel, transact between the two of us and then settle as frequently as we want, maybe every 10 minutes or every day, or every week, on-chain. Hydra is working toward scalability. To summarize, we have smart contracts, decentralized governance and more decentralization of the network itself, as well as scalability improvements through state channels.

U.Today:  Can you please tell us about the most impressive and promising DeFi project that is ready to utilize Cardano smart contracts right now?

Romain Pellerin: We are currently running a program that is called the Plutus Pioneer Program. We have more than 2,000 developers participating in it. It is basically a way to learn our smart contract language, Plutus, and learn how to develop the dapps that you want to release, including DeFi applications. We will be announcing, at the next Cardano show, some of the names of the participants in this program. There is one that the community already knows about: Liqwid Finance. It has been financed by Catalyst, our decentralized funding program.

That is the first announced DeFi application, and I'm sure that DeFi applications from other chains will also run on Cardano because we have a large community of users. Businesses naturally want to increase their audience and gain customers. I would not be surprised to see a DeFi application like SushiSwap or PancakeSwap deciding to release a version of its app on Cardano.

U.Today: Ethereum has six years of history and a solid community. The Binance Smart Chain and Tron have ultra-cheap transactions. What, then, is Cardano’s killing feature for retail usage and for dApps?

Romain Pellerin: The main difference between Cardano and the other chains is that we chose to create a robust platform. We did several years of research. We are using formal methods to prove that the algorithms and protocols we are introducing on Cardano are correct and verified. Then we go to implementation after the specifications are proven. Our main focus is on the robustness and quality of the network. What users choosing Cardano will benefit from is the fact that they can run their applications on a robust platform—a platform that is secure to use. In the future, we are also going to release some tools in order to verify the smart contracts. If you want to develop your smart contract the proper way, you need to check if there is anything wrong with it, if there is something that you missed when you wrote your financial application. We have several languages that people can use, including Marlowe and Glow, which are implemented on Plutus and are leveraging Plutus on-chain.

Related
Interview with Cardano’s Charles Hoskinson: We Have the Best Product From Every Dimension

The main difference to me is the fact that people can expect a robust platform and a secure experience when developing their apps. We have another interesting feature; we can, for example, make transactions cheaper, or maintain lower transaction costs. We have a protocol parameter that can help us decrease fees in case the price of the ADA token increases. That is what we are currently working on, with the ability for the community to adapt the fees to the market. We do not want a 10x increase in cost when the token increases by 10x, which is a problem that we can see on other chains today.

U.Today: Dogecoin created a lot of hype recently, with all of Elon Musk's tweets, for example. What are your thoughts on the matter?

Romain Pellerin: I think this coin is a coin of a particular generation—a generation of irony, I would say. People enjoy memes. I really think that this coin is trendy because it is a sort of meme. I would not consider this technology to be the future of digital finance. It is a project that has been abandoned by the people who were developing it. It is not at all of the same quality or ambition of other solid cryptocurrencies. As for the domain, maybe it will bring some attention to cryptocurrencies and our industry, so maybe it is beneficial in some way. I am just a bit concerned because everyone talks about Dogecoin, and no one talks about other, more relevant projects.

We have several hundreds of blockchain ecosystems that are working hard every day to innovate and develop the future decentralized financial system. It takes the spotlight away from other projects, as we can read a lot about Dogecoin and less about innovative and solid products.

U.Today: One last question: What advice can you give to our readers and viewers who are looking for a cryptocurrency to invest in? What aspects should they consider?

Romain Pellerin: I am a technical person. I am the CTO of IOHK, and I don't look at cryptocurrencies as a speculative instrument. I look at cryptocurrencies because they have the potential to change the world of tomorrow, to decentralize services. For example, to me, blockchain is a “trust platform.” What is a trust platform? People can transact securely, knowing the history of the user they are interacting with and that the data they are going to use on-chain is secure. I look at blockchain as a disruptive technology, or the technology of tomorrow, to remove intermediaries, lower the cost of transacting worldwide and giving a chance to anyone on the planet. I don't look at cryptocurrencies as speculative instruments.

U.Today: Thank you for your time, Romain. I wish Cardano success, and I do believe that the community and the market need such a solid and time-tested company.

Romain Pellerin: Thank you so much for your support. It means the world to us.