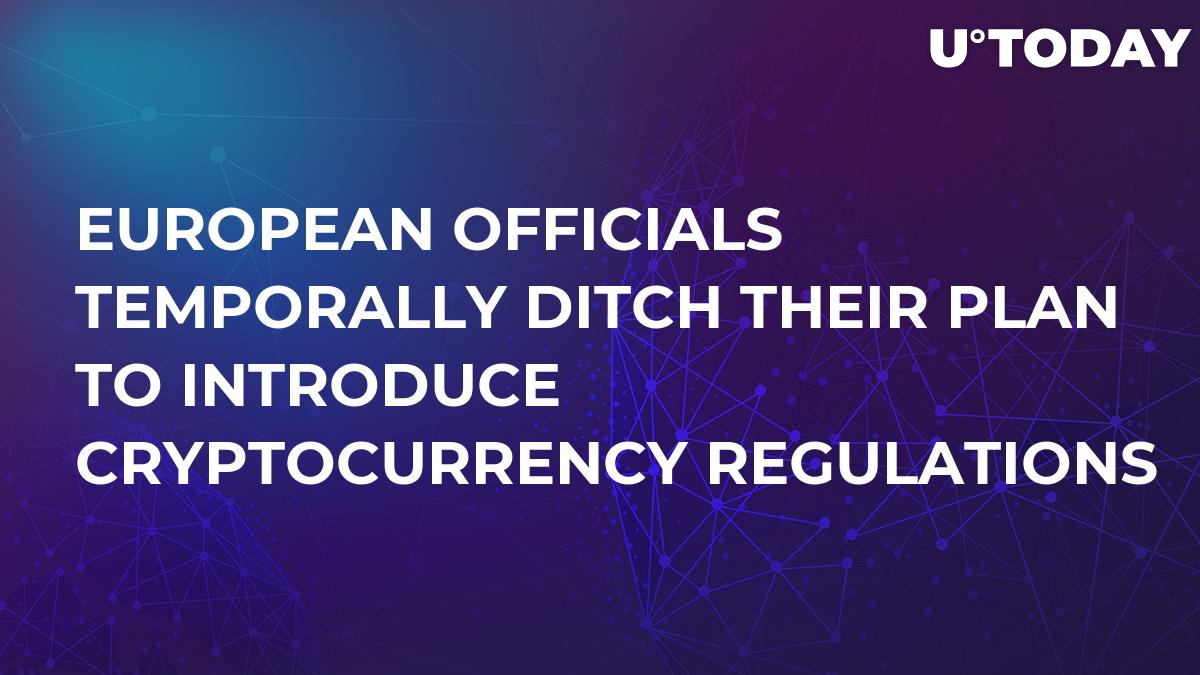 The EU is not going to regulate cryptocurrencies as of now. There is a need for more substantial analysis of the market, officials say.

No regulations so far

On Aug. 30, U.Today reported about an upcoming gathering of EU officials who were supposed to discuss how to regulate cryptocurrency assets. However, a number of European finance ministers, who recently held a meeting in Vienna, have come to a conclusion there is no need to rush when it comes to imposing regulations on the cryptocurrency market. So far, no further actions will be taken until this asset class will be reviewed in more detail.

Irish Finance Minister for Finance Paschal Donohoe claims that there should be a careful approach to dealing with this particular market. At the same time, it may come as pleasant news for crypto enthusiasts that the EU regulators stand by the opinion that cryptocurrencies do not threaten the financial system.

Brugel, a European think tank that specializes in economics, actually came up with a suggestion that numerous countries may introduce their own rules regarding cryptocurrencies before the EU comes up with a more “harmonized” approach.

How’s the EU keeping up with the world?

Once the cryptocurrency craze has taken over the world, local governments started acting decisively in order to take control of the burgeoning industry. The scope of regulatory efforts would drastically differ in separate countries– from China’s ongoing crackdown cryptocurrency trading and ICOs to complete regulatory clearance in South Korea, a country that strives to become the biggest crypto hub.

Notably, crypto businesses actually welcome regulations because they would facilitate further growth. For example, some industry experts suggest that the regulatory uncertainty in the US is hindering its growth in this niche. The EU has yet to take a clear stance on crypto, but it seems very likely they are trying to come up with a regulatory framework that will increase transparency in the market without hurting it.