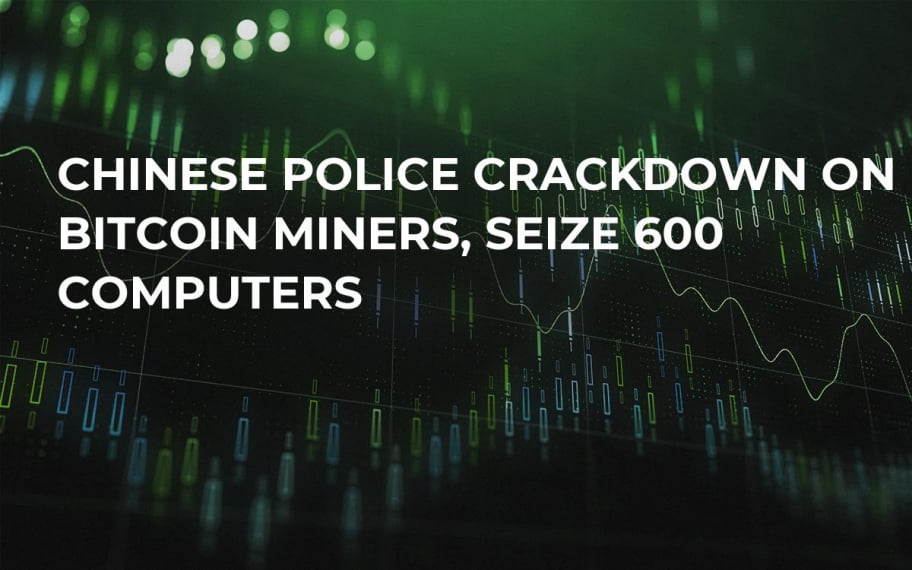 China’s hard-line stance on all things Bitcoin and cryptocurrency related has seen the police seize over 600 mining computers in the country’s northern reaches. The police were alerted when the local power grid operator reported abnormal electricity usage.

This crackdown and seizure of equipment points towards a much sterner control of Bitcoin mining in a country that once was the central hub. Now, since the country decided to try and put a full stop to everything cryptocurrency related, there has been much sterner reactions.

China was home to the majority of cryptocurrency mining operations until a few months ago when the country began its crackdown. First there was a ban on ICOs, then on exchanges, and finally a firewall was erected to stop people accessing cryptocurrency outside the state’s borders.

Reuters reported in January that China's central bank told a top-level government Internet finance group that the monetary authority can tell local governments to regulate the power usage of Bitcoin miners to reduce the scale of their production gradually.

While there has been no direct mention of a Bitcoin mining ban, it is clear that the squeeze that has been put on across the cryptocurrency ecosystem has played its part in seeing many mining operations moving offshore.

With stern controls and the ability to regulate power usage, some of the biggest operations have had to go in search of more profitable, and less regulated spaces to mine.

Bitmain Co-Founder Jihan Wu seems to be moving to set up a Bitcoin mining operation in Northwestern US, documents show. The Washington State corporate registration document shows that Jihan Wu is the sole governing person of Ant Creek LLC, a California-based company registered on June 28, 2017.

Leaked documents also show the Chinese government plans an “orderly exit” for Bitcoin mining operations since the beginning of the year.

World's Biggest Banks Caught in Major Scandal. What Does It Mean for Bitcoin?
Latest Cryptocurrency News
18 hours ago