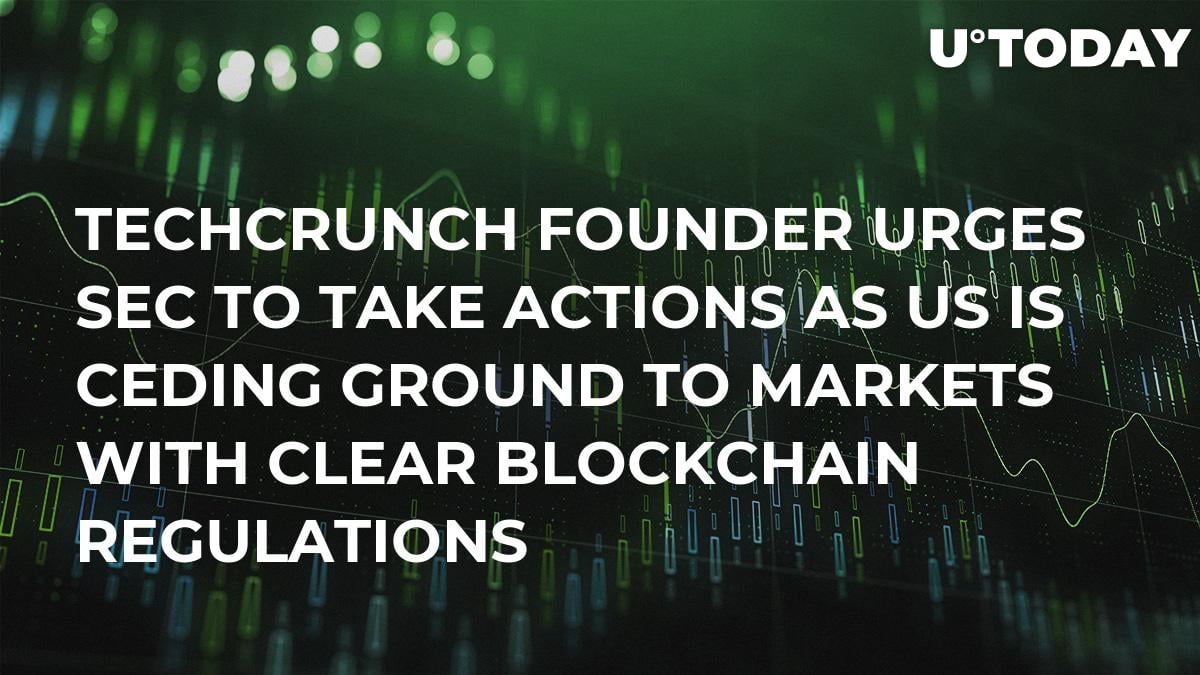 As TechCrunch reports, the US may pay a big price due to lack of regulatory efforts. Blockchain startups are ditching the largest crypto market en masse, choosing Asia as their mainstay.

The TechCrunch founder Michael Arrington, while still having a few “good” US investments, is mainly focusing on the Asian and European markets with his XRP fund. He claims that the majority of startups are actually operating in Asia since local governments have already designed clear regulatory guidelines for Blockchain companies.

Apart from the regulatory uncertainty, the US is also unattractive for businesses due to big taxes. While the current Republican administration is trying to alleviate this burden with tax cuts for businesses, its hard stance on immigration is a big turn-off for foreign companies who have to deal with Visa-related issues.

SEC has to act now

Arrington draws a parallel between the dot-com craze in the mid-90s and the current state of the Blockchain industry in the US. He claims that if the US regulatory bodies had been that reluctant to design a common-sense regulatory framework for the Internet, there would be no TechCrunch and trillion-dollar startups like Amazon. Instead, all businesses would flock to Shanghai or any other market.

Ripple CEO Brad Garlinghouse supports Arrington’s point of view, echoing the need for regulations. Garlinghouse admits that there has been a myriad of ICO scams that resulted in billions of dollars lost, so stricter approach to dealing with crypto businesses would be a win-win situation.

Related
US Chamber of Commerce: SEC Should Hold ICOs by Throat

During the interview, Garlinghouse reiterated that Ripple is not a security, so he is not afraid of regulatory actions.

As U.Today reported earlier, China is projected to overtake the US, the current Blockchain leader, as early as in 2023 despite its hard stance on crypto. In four years, the US is going to control only 18 percent of the market.

At the same time, South Korea, one of the biggest crypto hubs in the world, will spend almost $1 bln in 2019 on the advancement of Blockchain technology.

With that being said, the US regulators have to act decisively in order to keep the country’s leading positions in the industry.