David Dinkins
According to an EU commissioner, Bitcoin mining cannot legally be banned just because it uses a lot of electricity 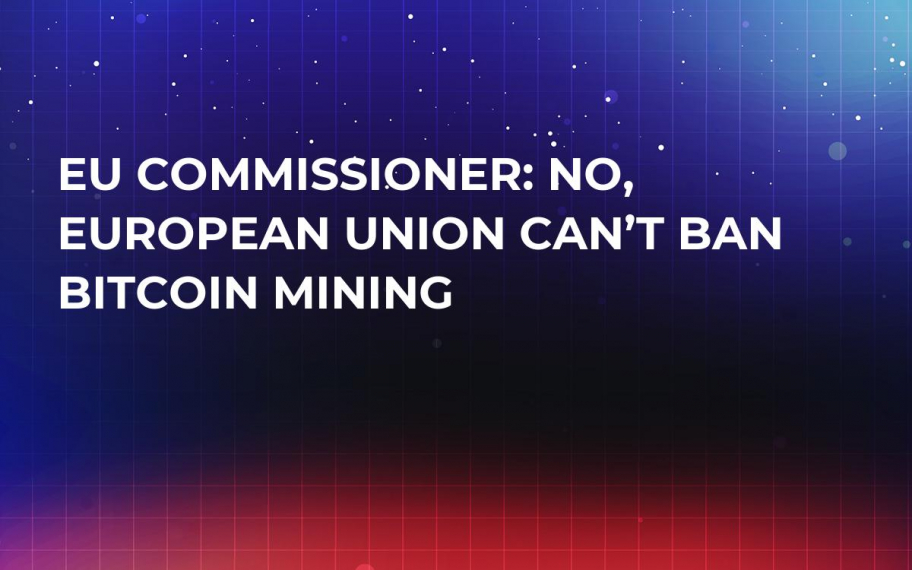 According to EU Commissioner Mariya Gabriel, Bitcoin mining cannot be banned in Europe despite its energy-intense nature. Gabriel stated that miners are subject to the normal rules that govern all “electricity consuming economic activity”:

“If the energy consumed for this activity is produced according to law, there is no legal basis to forbid or even limit it. However, as an electricity consuming economic activity within the EU, it is subject to EU rules and policies with respect to energy efficiency, the power sector and greenhouse gases emissions, with the greenhouse gas emission of the power sector as such largely covered by the EU emission trading system.”

Much digital ink has been spilled in the last few months, as mainstream media suddenly discovered the Bitcoin mining wasn’t “green” and began to criticize the industry for its environmental unfriendliness. Some have estimated that the world’s Bitcoin miners use as much electricity as Denmark. These sites make incredulous claims like “each Bitcoin transaction consumes 250 kWh, enough to power homes for nine days” and “[by 2020 Bitcoin mining will] use as much electricity as the entire world does today.”

While Bitcoin does use massive amounts of energy, the amount used does not depend on the number of transactions made over the network (by sending a friend payment for coffee, you are not in fact consuming 250 kWh). Bitcoin’s electricity usage is a function of Bitcoin’s price, and as long as the price remains high, there will be an arms race amongst miners to produce as many as possible.

In fact, the EU commissioner stated as much, writing:

However, while noting the EU could not ban Bitcoin mining, the commissioner did express optimism toward non-energy intensive consensus methods, such as Proof of Stake (PoS):

“It is important to note that many promising applications of Blockchain technology do not have extensive need for processing power.”