Ethereum (ETH) Price Is Close to Bottoming Against Bitcoin (BTC), According to Trading Legend Peter Brandt

Alex Dovbnya
Peter Brandt claims that the ETH/BTC pair is forming a bottoming construction. Is this Ethereum's time to shine? 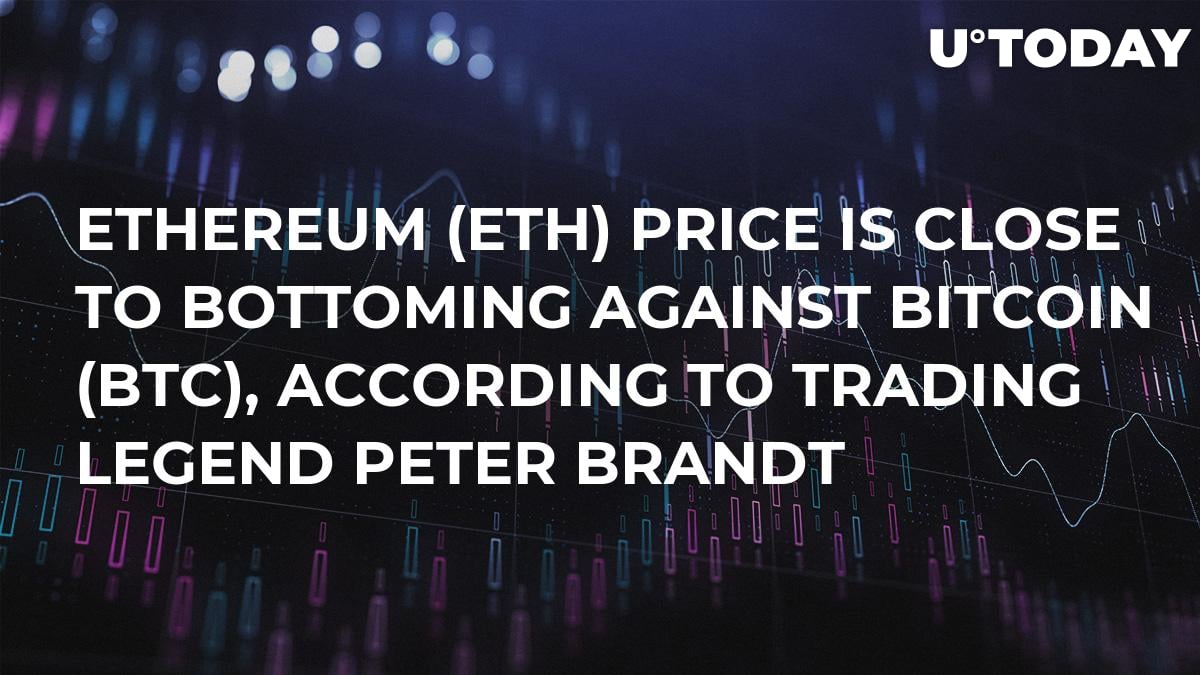 Commodity trading veteran Peter Brandt suggests that the bottom might be already in for Ethereum (ETH), the second largest cryptocurrency by market capitalization. His tweet has reignited hopes for a proverbial altseason that will be led by the top coins.

Related
ETH Price: Next Comes $190 Target. Traders Discuss The Chance of Ethereum Uptrend
Ethereum, the hottest coin of 2017, was once on the verge of flipping Bitcoin during the peak of the great ICO bubble. However, its price gradually started to dwindle along with the industry's interest in the novel fundraising method.

The ETH price has so far peaked at $354 in 2019, piggybacking off Bitcoin's price rally in July. At the time of writing, it is trading at $181.51, according to CoinStats data.

As reported by U.Today, Brandt also predicted that XRP was bottoming against BTC despite his harsh criticism of the native token of Ripple.
#Ethereum Price Prediction #Peter Brandt