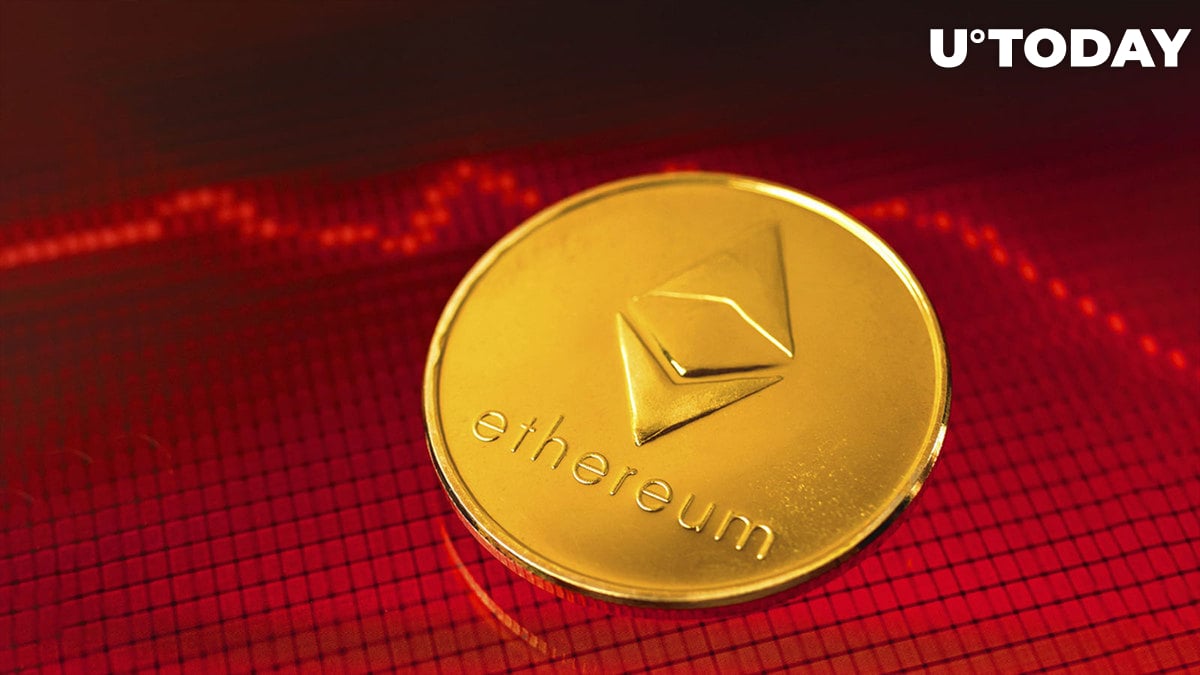 The second largest digital currency, Ethereum, has dropped by over 5% in the past 24 hours, hitting the $1,527 level after rising above $1,600 briefly, along with the rest of the crypto market.

However, in a recent tweet, on-chain data vendor Santiment shows that the Ethereum price may go up again in the midterm. Here's what can help ETH do that.

Santiment analysts shared that the native token of the second most popular blockchain fell on a dip that hit the whole cryptocurrency market, going down to the $1,527 level. This happened as traders began massive profit-taking five days ago, selling their crypto assets that had risen in price this year.

Now, Santiment continues, Ethereum has been spotted in 21% of cryptocurrency discussions on social media as massive FUD has begun. This particular factor may benefit the Ethereum price and other cryptocurrencies in the midterm.

📉 #Ethereum fell back down to $1,527 on a market-wide dip. Forewarned by the massive profit taking transaction ratio spike on January 20th, this drop has $ETH being discussed in 21% of #crypto asset discussions. This #FUD could benefit prices mid-term. https://t.co/xc6IDJMgBj pic.twitter.com/A4TA7ZbP4J

At the time of this writing, Ethereum is trading at $1,547 as it has managed to recapture a tiny percentage of its loss suffered during the last 24 hours.

As reported by U.Today approximately five days ago, recently co-founder and frontman of the Ethereum platform Vitalik Buterin made a transfer of 9,300 ETH worth $11.16 million, to an address that belongs to an anonymous whale.

After receiving the funds, the balance of the whale rose to a total of 170,913 ETH tokens, which equates to $259 million. Some in the crypto community jumped to the conclusion that the chief of Ethereum decided to sell part of his ETH stash.

Traditionally, large transactions made by such important figures in the crypto space may cause price fluctuations on the market as they are closely watched by both retail and institutional investors.

According to a recent tweet posted by Glassode on-chain data platform, the amount of ETH locked in the Ethereum 2.0 deposit contract has jumped to a new all-time high of 15,445,879 coins.

That is the equivalent of $23,911,456,362. Stakers have been locking their ETH in the contract for a couple of years now and are unable to withdraw it. Staking ETH is necessary to become a validator on Ethereum – the blockchain switched to the proof-of-stake model back in the middle of September last year.

However, the situation is expected to change in February, when the next big Ethereum upgrade, Shanghai, is going to be launched, and validators will be able to move their ETH out of the contract.

Some believe that once withdrawals are enabled, the Ethereum price may plunge as many may want to take their ETH back. As reported by U.Today, several anonymous investors bet on ETH dropping to $400 by the end of June, as they bought 26,000 ETH put options, betting on the strike price of $400.