Ethereum Classic Growing in Value and in Acceptance With Exchange Listings

Darryn Pollock
Ethereum Classic, albeit the original chain, has never gotten much of the plaudits, but it is growing in value and in acceptance 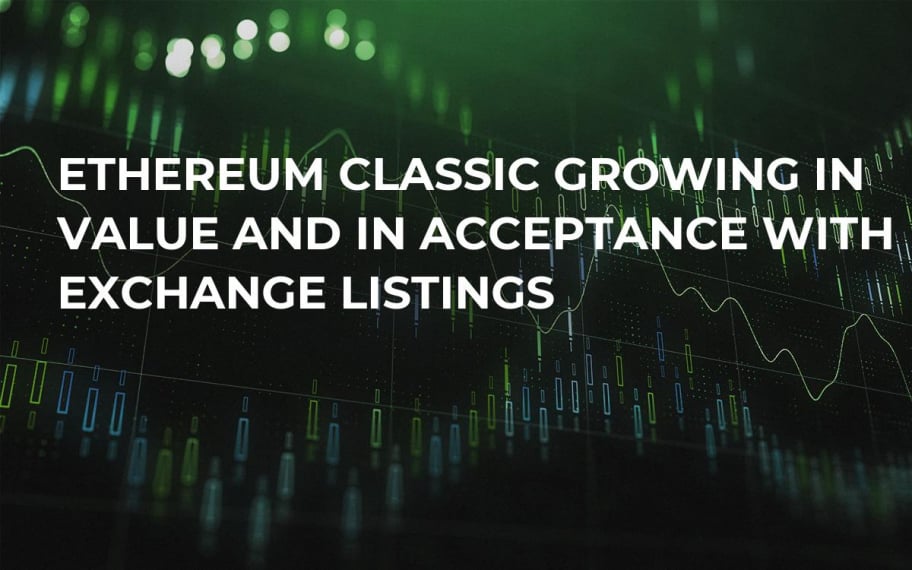 Ethereum Classic, even though it is the original chain of the smart contract Blockchain Ethereum, has often fallen by the wayside in terms of value, acceptance and adoption. However, recent good news for the coin has rocketed it up the market cap standings, as well as more into the public space.

Ethereum Classic is now a bigger coin than both Tron and Monero as it now sits in 11th, just outside the top 10 with a market cap of over $2 bln. Most of this has to do with a big price surge of late that is predicated on the fact that Coinbase will soon add the original Ethereum, and Robinhood as well.

Ethereum Classics rise up the market cap standings, ahead of Monero and Tron, is down to the fact that the coin has appreciated in value from $14 to a high of $20 in a matter of days. The rise in price has helped it climb to 11th spot at over $2 bln market cap.

Tron and Monero are not far behind, but they, like many in the current environment, are down and dropping slowly.

Ethereum Classic first took over Monero as it was earlier trading on the 12th position. Now, Monero is trading in 13th, with a price of $113 and a market cap of $1.8 bln.

Tron which has been fluctuating between the 11th and 10th position for a long time with its own bouts of good news has fallen behind this latest challenger.  Tron was trading at $0.02 with a market capitalization of $1.9 bln.

The boost for the lesser favored version of Ethereum comes as Coinbase, one of the bigger and more widely known exchanges, has been working through tests to list the coin on its platform.

It is indicative of the effect greater adoption can have on a coin as easier and more accessible trading of cryptocurrencies greatly boost their price and the volume of trading. Ethereum Classic will now be in much higher demand as both cryptocurrency users from Coinbase, as well as the more traditional traders from Robinhood will have access to it.