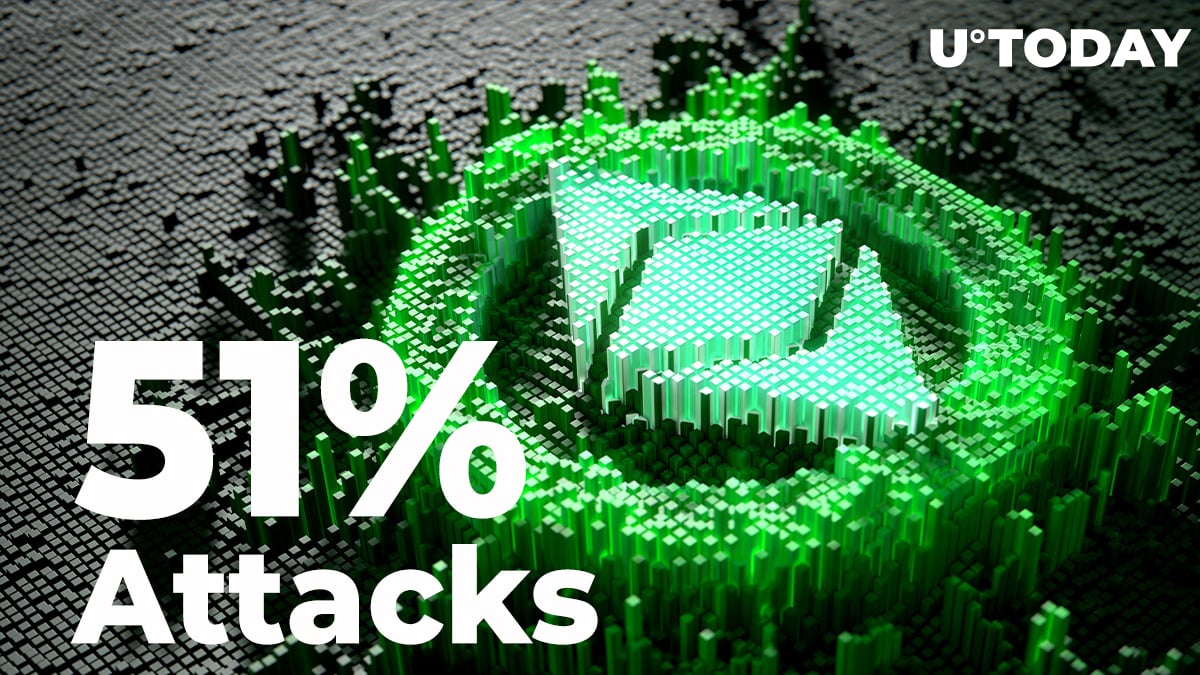 Ethereum Classic (ETC), an Ethereum hard fork that was formed as a result of the chain split that occurred in 2016, has suffered its third 51 percent attack in the span of just one month.

This comes right after ETC Labs stepped up their effort to secure the blockchain by unveiling a multi-stage plan aimed at preventing future attacks.

Three attacks in one month

A 51 percent attack takes place when a malicious actor accrues enough hash power to seize control over a blockchain to double-spend crypto.

According to a tweet posted by blockchain technology firm Bitfly, 7,000 blocks were reorganized on the Ethereum Classic blockchain on Aug. 29.

Prior to that, two other reorganizations occurred on Aug. 1 and Aug. 6. During the first incident, the hacker behind the attack managed to walk away with 807,260 ETC ($5.6 mln) by investing just $192,000 in hash power provided Nicehash.

Blockchain sleuth Bitquery found out that he or she had sent the double-spent crypto to the OKEx exchange:

“What we can guess is this address belongs to the OKEx exchange or its affiliates. The same address in Ethereum Mainnet has a lot of related activity to OKEx wallets.”

Despite a streak of attacks, CoinMarketCap data shows that ETC is down only -1.73 percent over the past 24 hours, meaning that traders have already shrugged off the latest black swan event.

It included implementing “defensive mining,” improved network monitoring, and cooperating with exchanges. The developers also came up with long-term solutions such as altering the coin’s proof-of-work mining algorithm with a hard fork and creating a treasury system.

In early August, Ethereum founder Vitalik Buterin suggested that ETC should follow its bigger sibling by switching to the proof-of-stake algorithm:

“ETC should just switch to proof of stake. Even given its risk-averse culture, at this point making the jump seems lower-risk than not making it.”