Ethereum Classic Climbs North as Rest of Market Going Down

Yuri Molchan
ETC is moving upwards, some believe, due to the coming listing on Coinbase 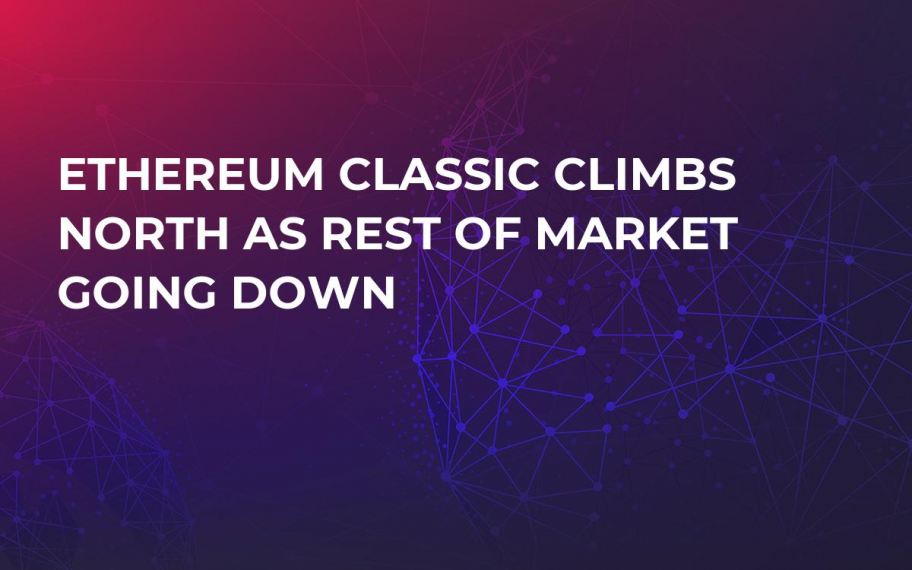 Now that the market is dominated by sellers, Ethereum Classic is the only coin that is gaining, apart from Bitcoin and Ethereum. Although the gains are not great, it is bigger than what the other assets are showing anyway.

Currently, Ethereum Classic is trading at $17.98, according to Coinmarketcap.com, up 4.67 percent.

Dash, for example, has dropped 4.35 percent, NEM is down 5.20 percent, TRON has declined 7.42 percent and VeChain– 8.44 percent. All of them are dropping, except Ethereum Classic.

Due to the fact that it is quite rare that a small coin, like ETC, would behave this way, the reason for its rising could be only the speculation around the coin due to the listing on Coinbase that is due to happen in September.

Even though the exchange has confirmed the ETC listing, it may well happen later or even earlier than September as was announced initially. It could actually take place very quickly and Coinbase does not usually give the community a lot of notice.

When this coin is added, it will attract more mainstream investors along with institutional ones. Therefore, this will certainly take the coin rate higher than it is now. And so far it is being driven up by the hype and speculation.