ETH/BTC Expected to Print Golden Cross Ahead of Ethereum 2.0 Launch by Trader 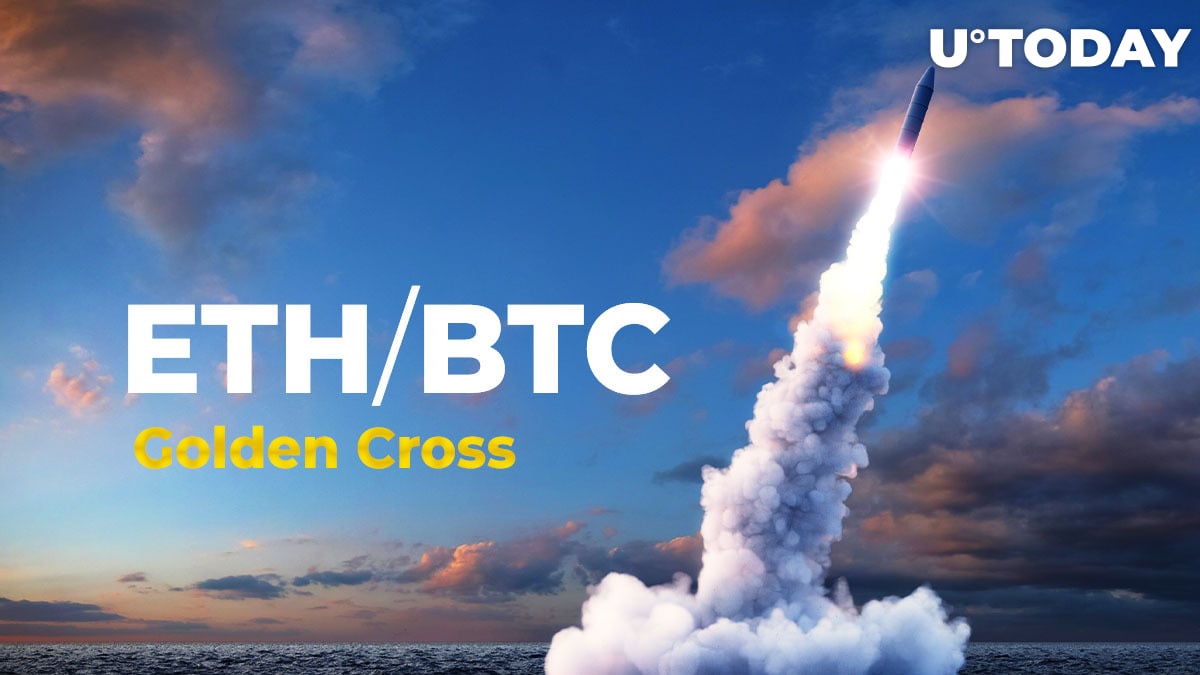 In his latest tweet, cryptocurrency trader Josh Olszewicz mentions that the price of Ethereum against Bitcoin is on track to print a golden cross on the two-day chart.

Furthermore, he expects the Ichimoku cloud to signal a bullish trend for the ETH/BTC pair for the first time since the mid-2018.

Even though it is usually treated as a lagging indicator, a golden crossover can help traders spot crucial market reversals.

However, Ethereum didn’t shine long, crashing 86 percent against Bitcoin as of August 2019 to just 0.017 BTC.

Olszewicz now predicts that the Ethereum price will surge back to 0.35 BTC, its highest level since May 2019, from 0.025 BTC where it’s trading at press time.


Related
Ethereum (ETH) 2.0: What is Ethereum’s Next Phase After the Istanbul Hard Fork

Plenty of reasons to be bullish

Beyond the rosy technical picture of the number one altcoin, its improving fundamentals also present a major bull case.

On June 7, Ethereum fees surpassed those of Bitcoin, which has only happened on eight percent of all days since the two networks started co-existing, according to Glassnode data.

Etherscan shows that the number of unique Ethereum addresses has surpassed the 100 mln mark, with more than 40 mln of them currently holding ETH.

Moreover, the launch of Ethereum 2.0, the highly-anticipated network upgrade blemished by multiple delays, finally appears to be around the corner.