Darryn Pollock
EOS’s mainnet launch was stymied over the weekend as the network simply froze, this indicates that there could be a lot more issues at play 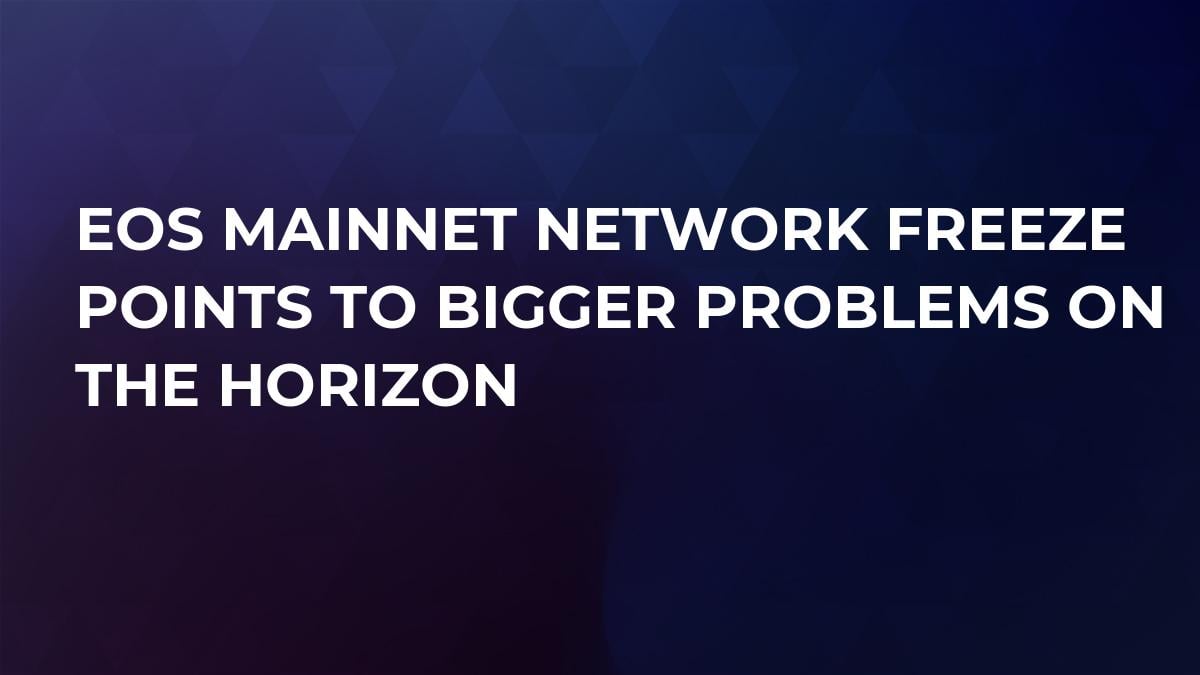 EOS has garnered a pretty big reputation since its $4 bln ICO which was the largest in history, however, with its growth and move to the new mainnet, a major glitch occured showing a few big cracks in the facade that is EOS’s entire so-called decentralized system.

The mainnet suffered a glitch which saw it freeze over the weekend, which paused the Blockchain and stopped all transactions.

This has seen many either slate, question or mock EOS for such a calamitous fault, but it has also led to many issues that need addressing about a company which is meant to be a success story of ICOs.

The freeze of the EOS network was announced by the development team who were alerted to a bug on the network. A few hours later, the development posted an update that the problem had been identified. Block.one, the creator of EOS, was able to develop a software patch for the bug.

The problem was a bug in the code that controlled how deferred transactions were handled. The disruption has not really affected the price, upon the news of the freeze, EOS token prices fell about five percent.

This move to the mainnet and the lead up to this switch has been greatly anticipated as EOS price has seen some big spikes in the past few weeks around such news.

This latest freeze is another compounding issue as the mainnet continues to stumble around its launch.  Voting has been other issues affecting the company. It was necessary for 15 percent of the EOS community to vote Block producers, but the voting was slow with it only reaching just past three percent last week.

There have been questions put forward on the level of decentralization of EOS as research shows that 50 percent of the tokens belong to the top 10 wallets. This makes things complicated, especially with the need for voting to advance the mainnet.

Basically, the necessary voting could all be done by big wallets within minutes, and their owners could choose the Block Producers they want. However, it is not happening.

Among the  Block Producers candidates there is one that remains anonymous and some most active members of the community are warning against voting for this candidate until it identifies itself.

The crypto community has not reacted well to the way in which EOS has gone about its business with the mainnet move. The freeze, and the supposed-decentralized nature of the project, has led many to question if EOS is even a viable cryptocurrency.

The almighty "Block Producers" of EOSio freeze 7 EOS accounts and will recover any lost funds due to phishing or scamming.https://t.co/soriVnCr94

What on earth kind of a shitcoin is this thing

Why is EOS even used in the “market cap dominance” (which is bullshit btw) when basically it is run by ~20 nodes that can freeze on will any accounts and that depends on a Constitution? Why on earth is it called a cryptocurrency?