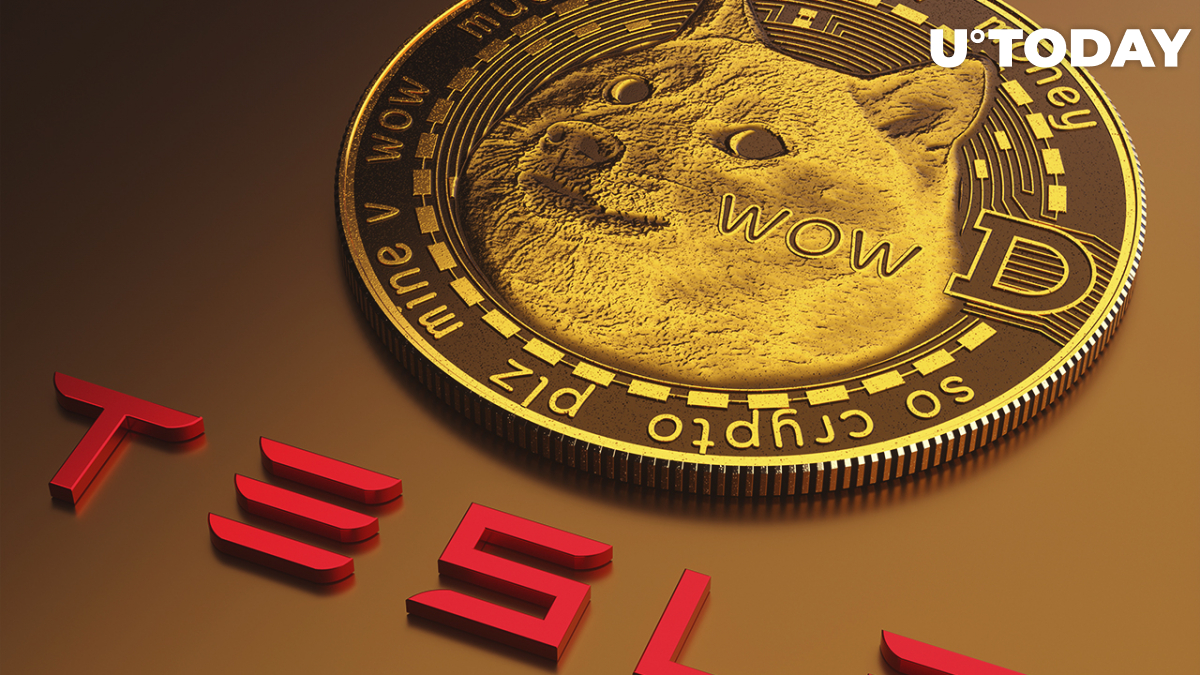 According to data provided by WhaleStats, an anonymous Ethereum whale has acquired eight million DOGE worth $1,411,777.

Now that Tesla has launched several pieces of merch priced in Dogecoin, the price of the most popular meme cryptocurrency has now surged over 16%, trading at $0.1985 as of now.

Tesla has begun selling a few pieces of merch priced in Doge. Product leader at Tesla, Taylor Robinette, has posted photos of two items on his official Twitter handle: a "cyberwhistle," a collectible in the form of a Cybertruck worth 300 DOGE (out of stock already, according to the Tesla site) and a "Giga Texas Belt Buckle" priced at 835 DOGE.

You can now purchase select items on Tesla Shop in Dogecoin...exclusively in Dogecoin!https://t.co/I4jSgwJZ5O

Earlier today, Dogecoin cofounder Billy Markus urged the DOGE community to go and spend its meme coin riches on Tesla merch in his comment under Musk's tweet about Tesla beginning to sell merch for Dogecoin.

According to the Dogecoin Whale Alert Twitter page, in the past 24 hours, 39 million Dogecoin have been transferred between anonymous wallets.