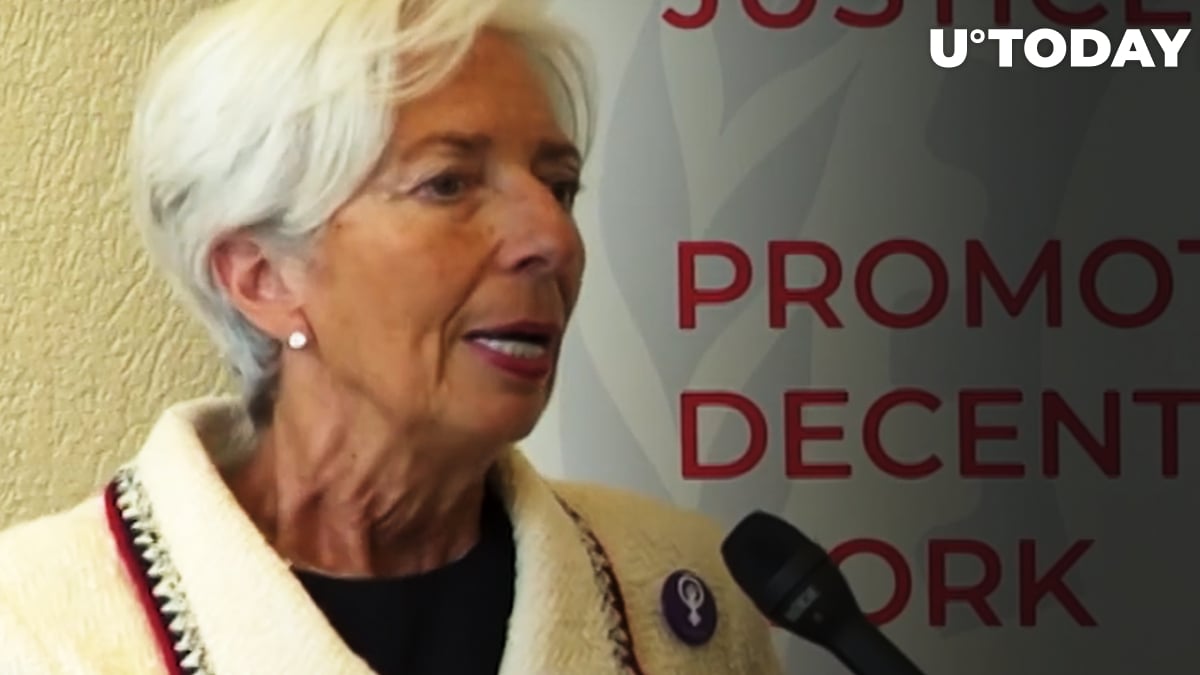 She pointed to the fact that digital cryptocurrencies are rife with speculation and risk.

Last year, Lagarde said that Bitcoin was being used for conducting “reprehensible” money laundering activity. The French banker and politician has repeatedly pushed for harsher cryptocurrency regulations within the EU and criticized Bitcoin’s energy consumption.

During the interview, Lagarde defended the bank’s digital euro project, claiming that it will be “vastly different” from private cryptocurrencies.

Earlier this month, Fabio Panetta, a member of the ECB’s executive board, said that a digital euro could be launched within the following four years. He noted that central banks had to satisfy the growing demand for non-cash payments. Central banks remain highly critical of crypto despite its proliferation. As reported by U.Today, Sweden’s Riksbank recently conclude that Bitcoin and cryptocurrencies weren’t money. Last year, Lagarde also definitely concluded that cryptos weren’t actual currencies.

Related
“Pharma Bro” Martin Shkreli Is Bullish on Solana, Ethereum and Algorand
So far, nine countries have launched their central bank digital currencies (most of them are located in the Caribbean). Ninety percent of countries around the globe are working on their own CBDCs.

Cryptocurrencies have been under severe pressure this May, with Bitcoin recently dipping to the $25,000 level for the first time since December 2020 due to the collapse of the Terra ecosystem. The flagship cryptocurrency is currently trading slightly below the $30,000 level.