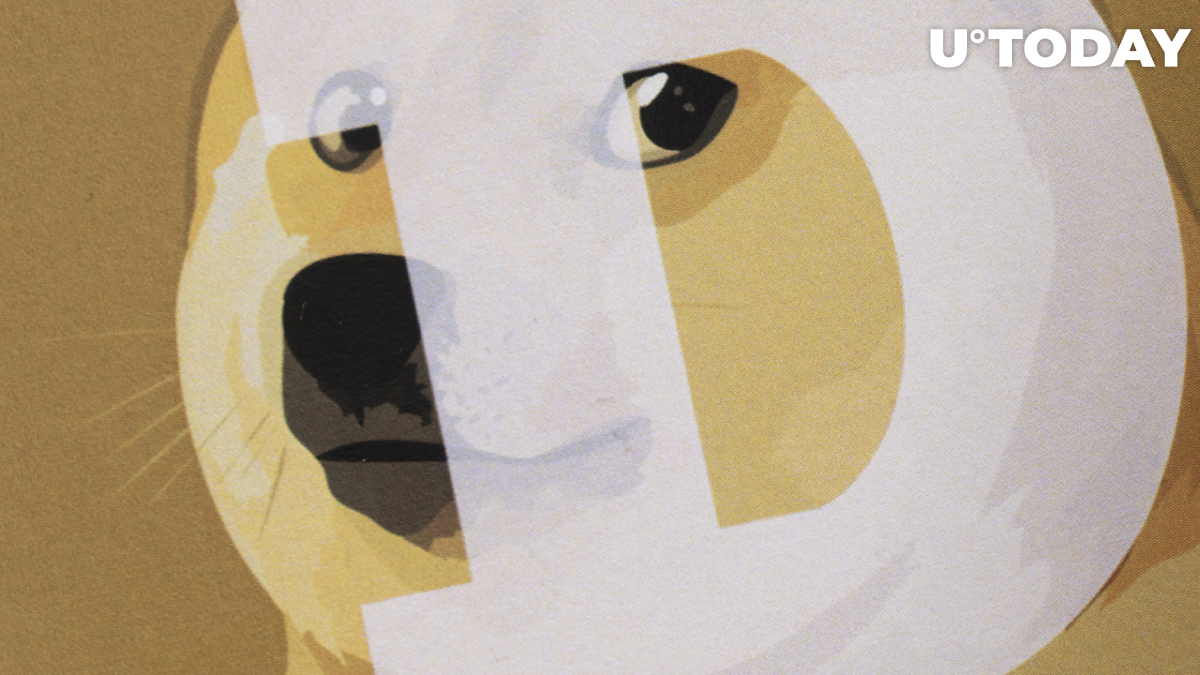 At the tail end of a week that saw gains of over 15%, Dogecoin started to falter and, in the end, lost 3% over the last 24 hours. But it has has now stabilized and begun to recover. Analytics from CoinGecko show that, although DOGE may not be going to the moon, it appears to be consolidating the gains made since National Puppy Day on March 23. Having fallen down to $0.134737, DOGE has now rebounded up to $0.13449. 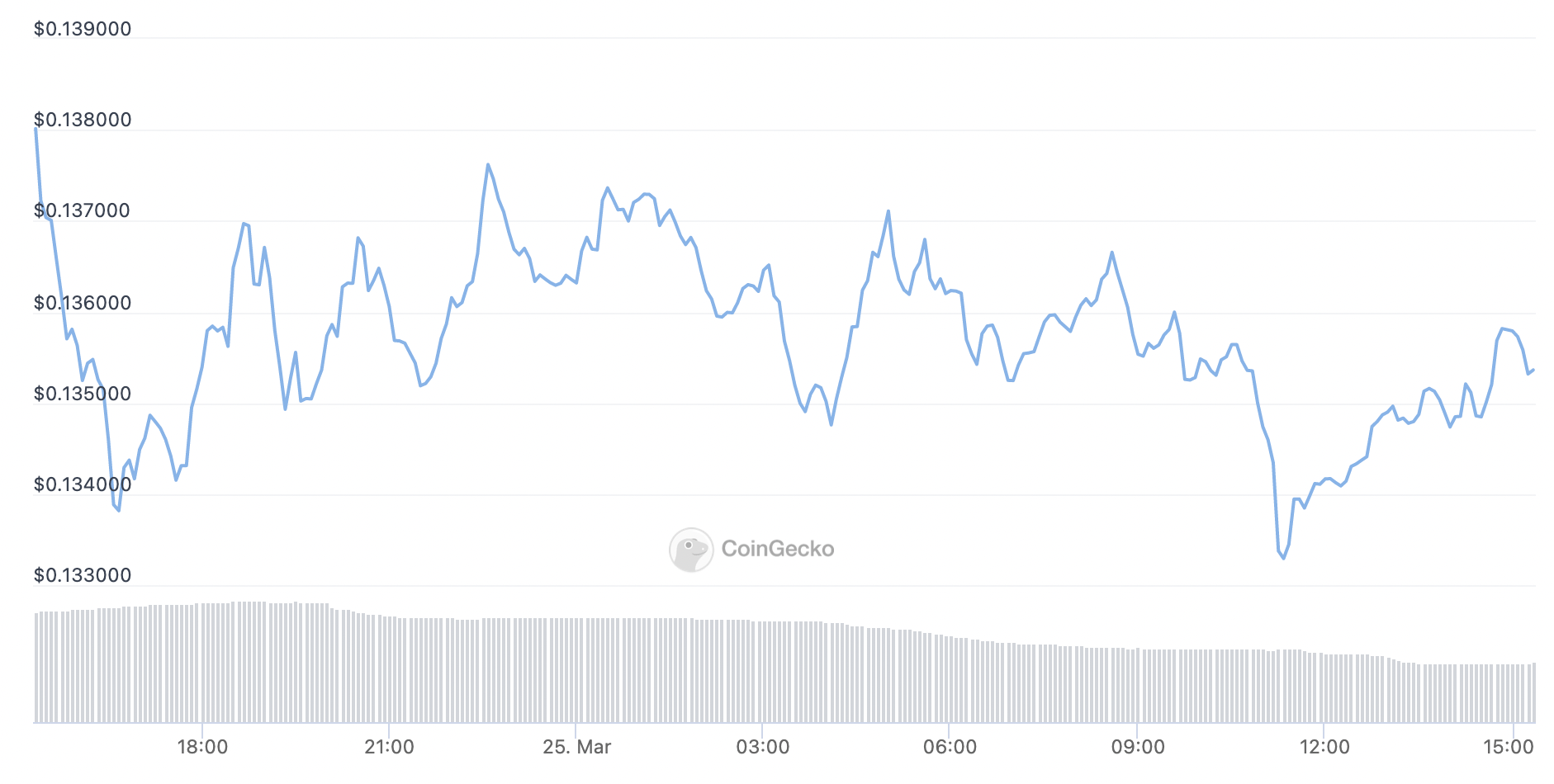 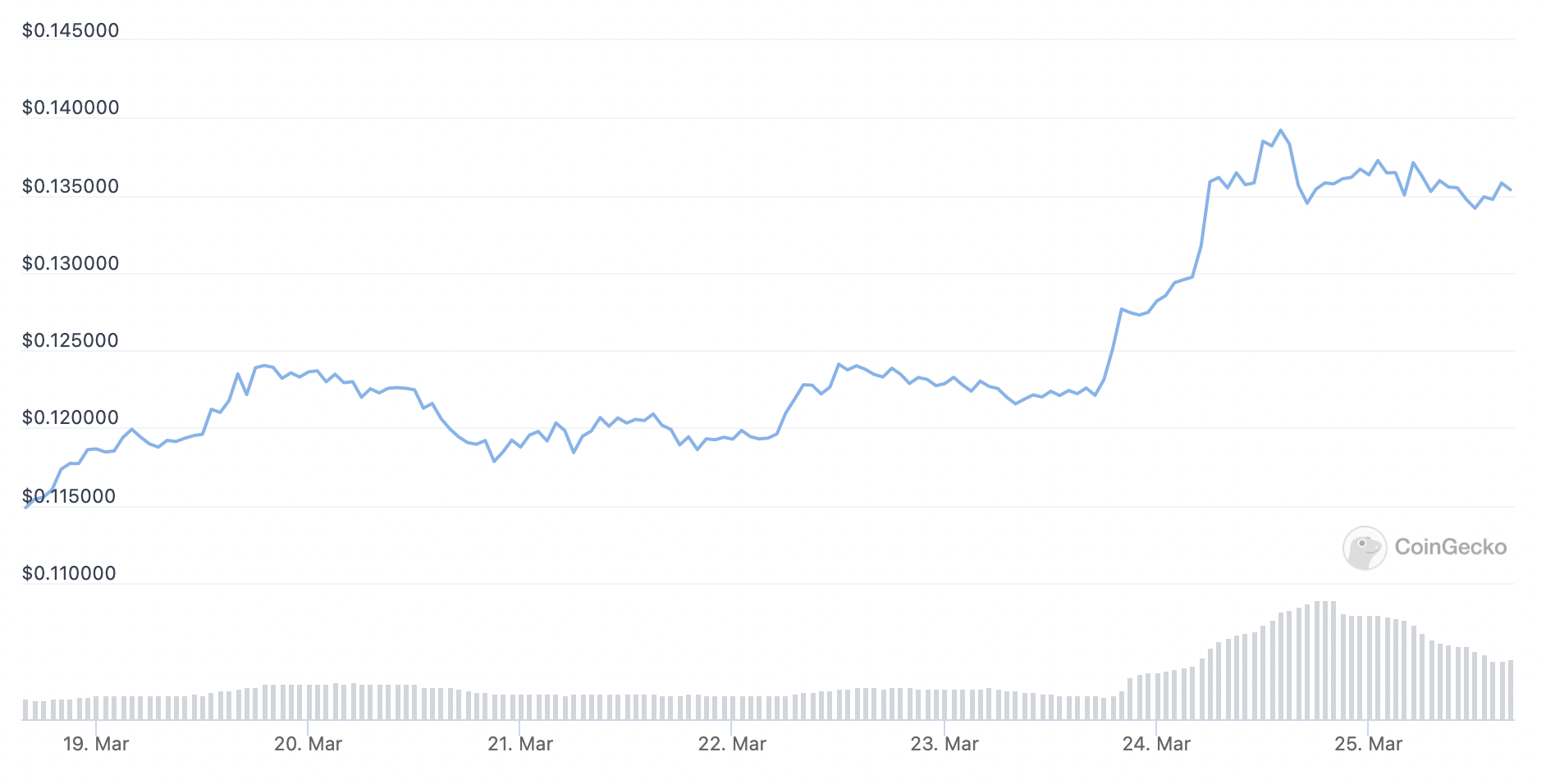 The original meme cryptocurrency had originally seen gains over the last few days after it was made available at Bitcoin of America crypto ATM machines across the U.S. American crypto users can now buy or sell DOGE, as well as withdraw cash, from over 1,800 ATMs. The consolidation today comes after it was revealed by U.Today that $40 million worth of DOGE is being held by whales, totaling over 3.5% of their entire portfolio.

DOGE continues to hold its new place as the coin with the 12th largest market cap after breaking through a significant resistance line a couple of days ago. It surpassed Binance USD (BUSD) after reaching the $18 billion market cap barrier. However, DOGE is still far below its all-time high $90 billion market cap recorded in May 2021.

DOGE has long been associated with the tweets of Elon Musk, whose musings on Dogecoin usually correspond well with price changes. But it seems that these latest changes were prompted by real alterations in DOGE's fundamentals.