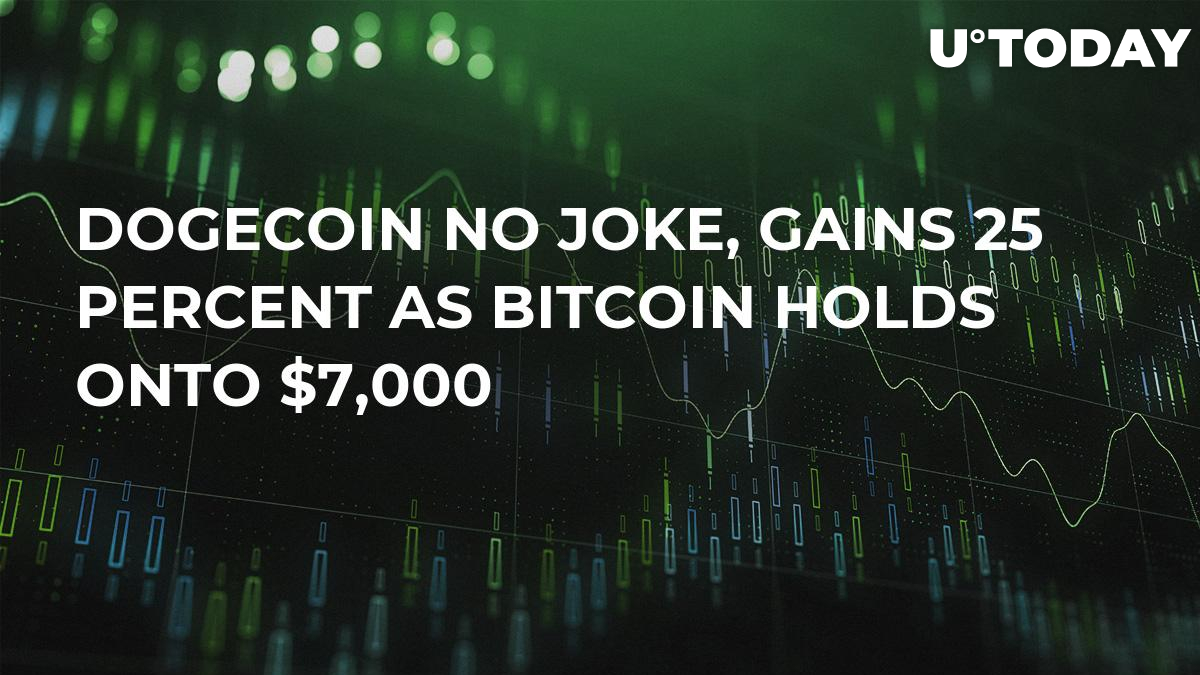 Despite a short blip back under $7,000 Bitcoin has been able to rebound to hover around that area of key support. However, its small climb back to $7,000 is nothing compared to that of Dogecoin, the cryptocurrency named after a meme.

Dogecoin is starting to show that it is no joke and that it should be taken seriously as it develops an upcoming ‘Dogethereum’ smart contract. This move to make the coin more useful keeps investors interested as they buy up in anticipation for its implementation.

With Bitcoin showing it has the strength to hold steady in and around the $7,000 mark there is general good sentiment across the cryptocurrency market, especially as it has managed to pull back from dropping under that mark.

Most of the top 10 coins are up small percentages over the last 25 hours, also bouncing back from the Bitcoin fall, However, EOS is showing gains of five percent over 24 hours, but the growth has been good for the whole week as the coins has gone from $4.94 to $6.44 at its highest point for the last seven days.

Dogecoin has risen significantly in the last seven days, but especially in the past 24 hours. The 25 percent gain seems to have a lot to do with improvement to the Blockchain which will add smart contracts.

The main goal of the smart contract is to create a bridge between DOGE and the Ethereum network by enabling the transfer of DOGE on the Ethereum chain.

“The Dogethereum team is still working hard on the bounty, and now they will present work in order to reach a new milestone for 746 Ether. All information is being made public beforehand so the public and the judges can make a decision”