Yuri Molchan
On Thursday, December 20, the crypto market continues with the corrective rally that started a few days ago; however, experts believe this may end soon enough 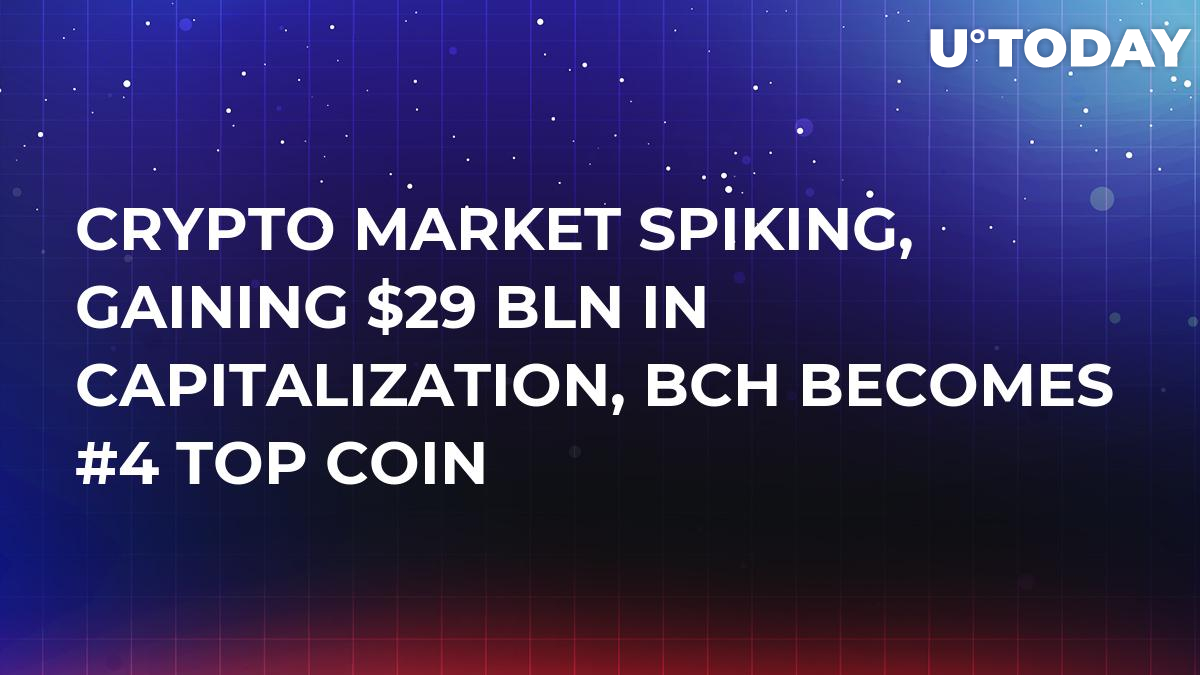 The market has been in a corrective rally for nearly a week already. During this time, the overall capitalization of the crypto market has risen by nearly $30 bln, now totalling $129 bln. For five days Bitcoin has been gradually going up, now trading at $4,024, as per CoinMarketCap. The major cryptocurrency is pulling all other assets up along with it.

For the first time recently, BCH has returned to the place it had occupied earlier among the top-10 coins. The market cap of this asset — $2 748 376 700 at the time of writing — has let it climb to position 4, leaving Bitcoin Cash SV behind in place 9.

It is followed, far from closely though, by BCH SV, with a rise of nearly 10 percent. 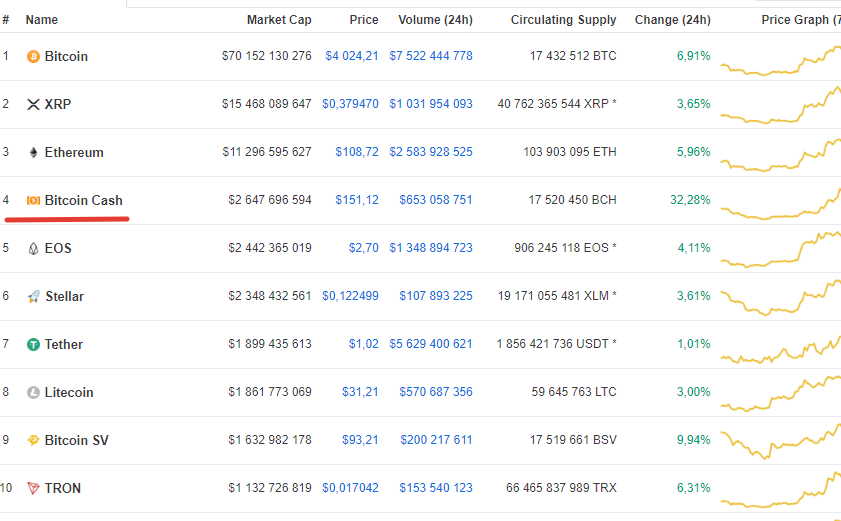 Analysts expect rebound to be short-lived

Despite the good news, some high-end crypto traders and analysts working with technical charts believe that this bull run is brief and should end soon.

The Crypto Dog analyst on Twitter warns that even though we are witnessing a small recovery, this is most likely to reverse.

If this turns mega bullish and we start to reach 5-6k:

DO NOT FORGET we are in a macro bear market. It's not going to just go up and break out and go on to new ATHs. Rallies will fail, prepare for it!

Another famous Bitcoin trader and technical analyst that goes by the nickname Hsaka also warns that Bitcoin, along with the market, is about to head back.

I was out of all my longs yesterday once we hit the target, missed out on todays move.

The ponzi flipped the resistance zone as support and commenced another leg up, sweeping the 3840 stops.

Looks to me like we'll retrace back to the initial resistance zone. pic.twitter.com/3jIWl1kWkV

Since there has been only a small increase in trading activity, the analysts are warning that the crypto market is likely to go back down. In order to show a stable bull run, the market needs stability and a gradual rise of its value. Meanwhile, the brief rise could only add to the volatility that is already out there, making the upcoming fall even harder.

Top-20 coins on the rise

Among the lower rank of crypto coins, the biggest gains are shown by Ethereum Classic (+12.26 percent) and NEM (+9.37). It is closely followed by recent top gainer Waves, which so far is now showing only a 9.18-percent spike.

The minimum growth rate among these ten coins, from Cardano to Zcash, is 5 percent with only NEO showing +4.75 percent. 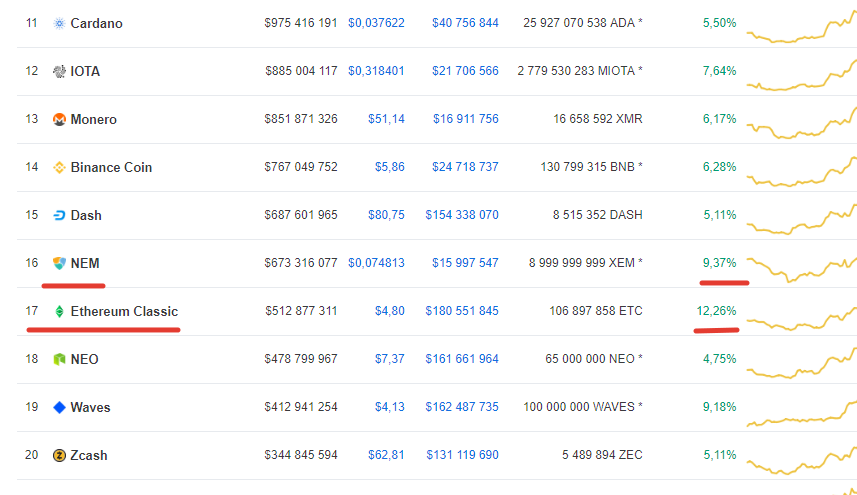