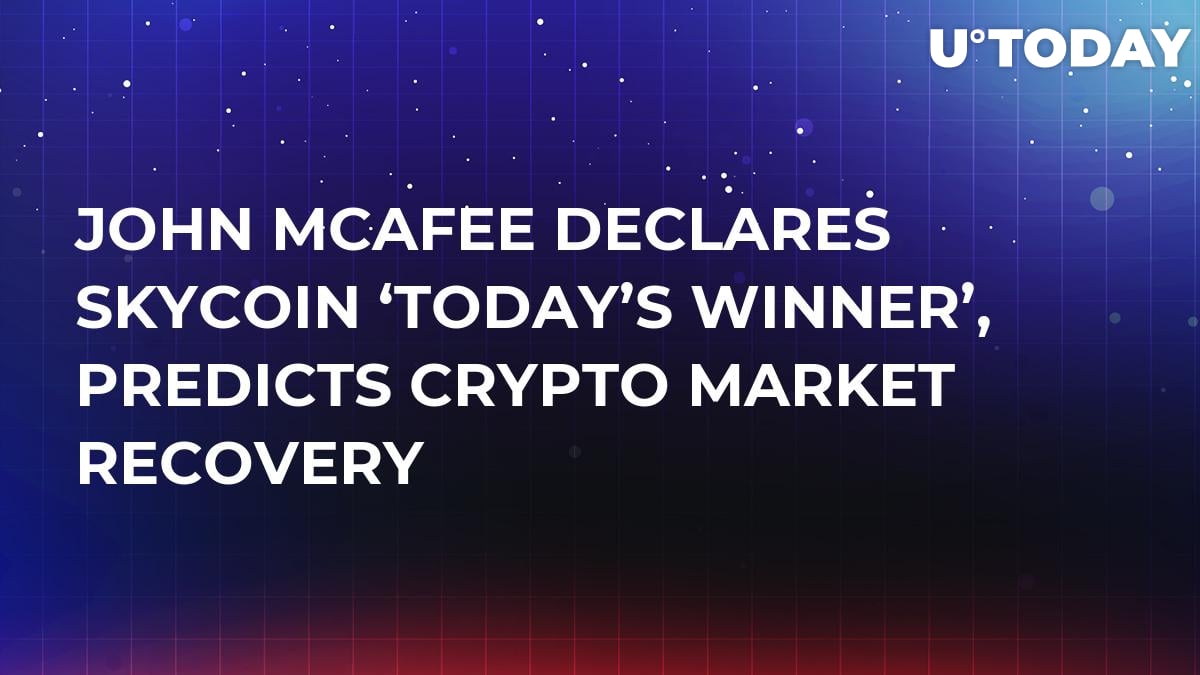 Skycoin (SKY), the 184th biggest currency by market capitalization, mainly appears in the headlines because of its ardent proponent John McAfee. Recently, the crypto baron took to Twitter in order to boast of Skycoin’s 45 percent spike.

What’s behind the strange relationships?

From the technical point of view, Skycoin is a rather remarkable cryptocurrency since it employs the unique Obelisk consensus algorithm. Moreover, it adopts the CoinJoin protocol that mixes different transactions in order to make them private and untraceable. However, all these details pale in comparison to John McAfee’s endorsement that took place on Nov. 4 when he publicly announced the new partnership with the coin.

Eventually, the McAfee shilling came to a head when the infamous crypto evangelist made a Skycoin tattoo in order to show his true devotion to the project. Not surprisingly, the Skycoin price shot through the roof after such a massive promo campaign.

No, it didn’t stop there: McAfee was supposedly fired by the Skycoin creator, but the 2020 presidential candidate got his job again after his boss failed to shoot a fish with a submachine gun.

The winner of the green wave

According to McAfee, SKY is ‘today’s winner’ in the recovering crypto market after outperforming other altcoins. While calling his above-mentioned tattoo ‘prophetic’, he claims that all coins he supports end up on the winning side.

Bitcoin at $3850. Tide may be turning. Alt coins accelerating even faster. Today's winner is Skycoin: up 45%. My Skycoin tattoo was prophetic. It takes time, but the coins I choose, eventually, tend to win. Keep your fingers crossed folks. Last week may have been the time to buy.

What’s the fuss around Skycoin?

The price of Skycoin is currently sitting at $1.26 with a market capitalization of over $13.9 mln. Since Nov. 4, the coin’s market cap tanked by 70 percent, which clearly shows that the whole McAfee turmoil had rather negative ramifications for the project.

Nevertheless, Skycoin still made it to U.Today’s recent list of top 10 cryptocurrencies to invest in 2019. Skycoin has a robust infrastructure with numerous unique features in the likes of Skywire and Skyminer. Hence, there is every reason to believe that investors will soon be paying heed to this project (with McAfee or not).