Yuri Molchan
The top-10 coins, such as Ethereum, Litecoin, Bitcoin Cash, etc., have risen by over 5 percent over the past day 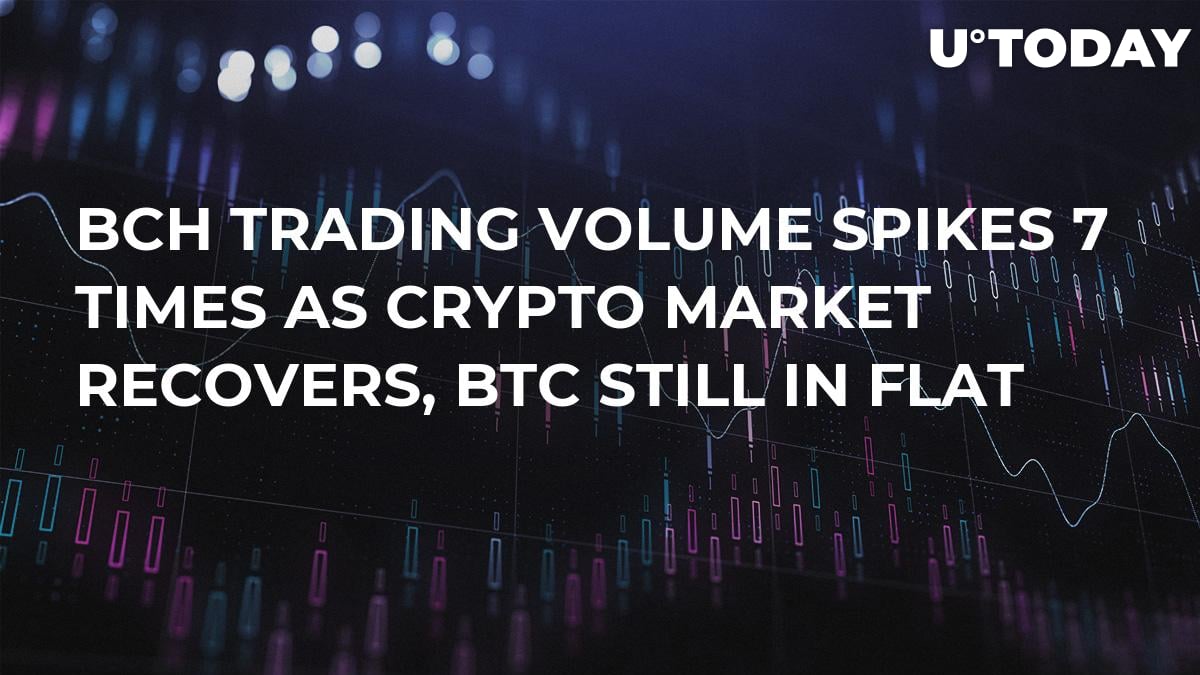 The crypto market seems to be recovering: over the past week, the major crypto exchanges have demonstrated a rise in their daily trading volumes.

Namely, BTC volume has spiked in the South Korean market thanks to successful trading of the BTC/KRW pair. Now the trading volume of Bitcoin amounts to $4.4 bln, having increased by 44 percent from $3.1 bln within a week.

Bitcoin rose only by one percent. The coin was expected to demonstrate a weak price surge since BTC has already shown the market three months of stable behavior recently.

Experts believe that BTC rise by 5 or 10 percent can be provoked only by a major impulse of which none can be seen so far.

In the short term, BTC is expected to pump into resistance above the level of $6,400 and to confirm market expectations of an upward brief-term rally. In order to get further upward, BTC will have to produce a strong upward surge to overcome the $6,500 point having a good support volume.

Prominent analysts and traders, such as Josh Rager and Hsaka, are of similar opinion regarding the further BTC movement. Technical analysis allegedly proposes that in the short term, BTC can keep moving sideways in November. Hsaka also believes the coin can — with difficulty — achieve the point of $6,800 within the next two weeks and stay on that high.

BTC has been moving sideways on charts, but other top coins, such as Bitcoin Cash and Ethereum, have risen greatly over the past 24 hours.

BCH, in particular, has recently risen in volume from under $200 mln to $1.4 bln, which is about seven times. The coin has even outperformed XRP in the peak volume that was reached by it in October when the coin’s rate increased three times.

Ethereum, which was also trading in a flat all through October, has now risen four percent and is now trading at $208.81, having made a breakthrough at the $200 resistance.

Market will move once Bitcoin gets going

Experts believe that a major increase in BTC trading volume in Japan and South Korea could provoke a brief-term movement for many virtual coins. However, until Bitcoin itself tests and overcomes the $6,800 level, it is hard to talk about any rally that is worth a mention.