Credit Cards’ Days Are Numbered, Could Bitcoin Push Them Off the Edge?

Darryn Pollock
Bitcoin may not be there yet, but the days of credit and debit card domination are coming to an end and it could well be spurred by the digital currency revolution 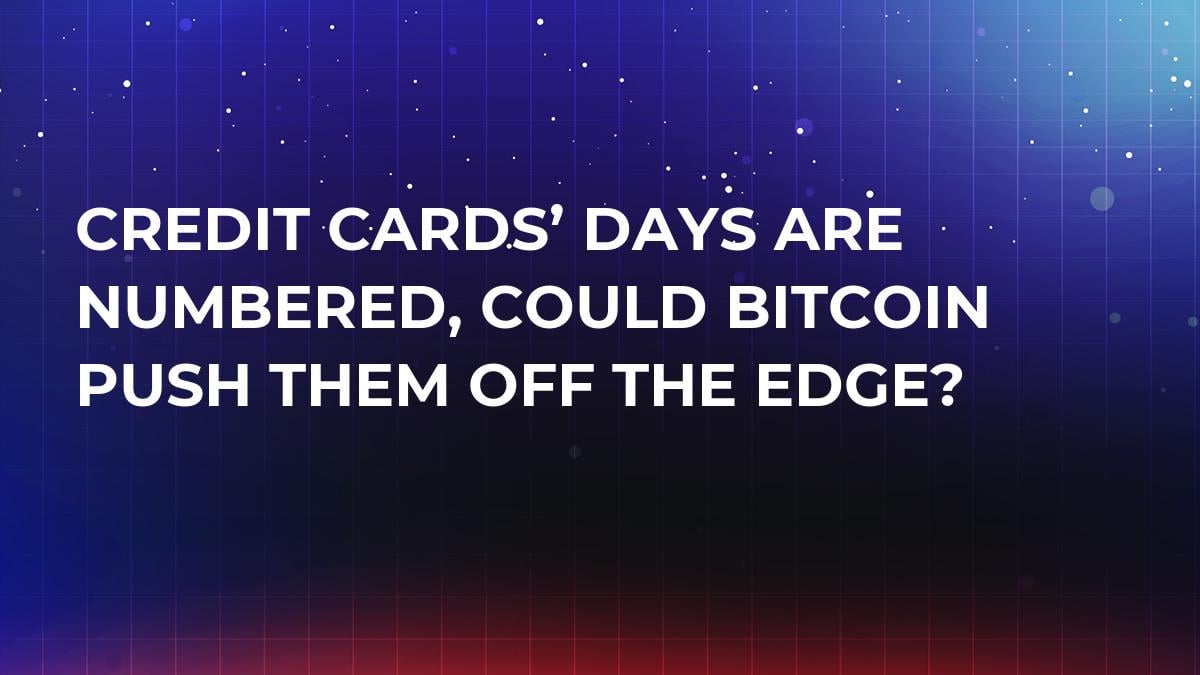 The evolution of money, finance and technology have necessitated changes in payment options. Credit and debit cards were a product of a digitalizing world as plastic replaced paper in the form of checks, and to a lesser extent, cash.

Now, the world is moving so fast that it looks as if credit and debit cards are starting to look a bit outdated. The monopoly of companies like Visa and Mastercard has let them run wild with their fees and rules, and this has made them ripe for disruption.

Many are suggesting that Bitcoin is the thing to push these centralized money moving companies to the brink, but the digital currency is a long way from being a true force as it continues to find its feet in mainstream adoption.

But, what is certain is that Bitcoin and other cryptocurrencies certainly have the potential to be a disruptive force when it comes to being a digital currency, and it has the ability to take out the high fees and regulations that credit card companies impose.

The problem with cards

The digitization of payment was driven forward mostly by two companies in Mastercard and Visa. Because of their control of the market, they have become a real force that cannot be trifled- or dictated too. With not much competition they have been able to dictate all kinds of rules and regulations, as well as fees.

Outrageous transaction fees and ridiculous interest rates have shackled consumers into a world of debt which is inescapable. It is reasons like this that people are now seeking alternatives, and these include anything from PayPal to Apple Pay and mobile cash apps like Square and Circle (Who have already delved into cryptocurrencies).

Many have also suggested that cryptocurrencies in their pure form can the answer to disrupting this unfair and non-competitive environment that is owned by two companies.

The decentralized nature of cryptocurrencies, and the fact that they are much lower in fees and totally amoral means that payments can be done cheaply, quickly and easily without restriction.

The real issue is the Blockchain and cryptocurrency space is still finding its feet, as well as mass adoption and support. There are technological issues that need to be solved- like Bitcoin and its scaling issues if it is to become a leader in payments.

There are also issues of legitimization that need to be solved as many people are still unsure of the cryptocurrency space because of the scams and hacks that are still prevalent.

A lot still needs to happen in the cryptocurrency space before credit cards are knocked off by digital currencies, and a lot of it actually has to do with regulators striking a balance where Bitcoin and co. can flourish while also molding to the laws and norms of countries.

This will also help investors and users have faith that their money is safe in Bitcoin.

Still, there is time for Bitcoin to find its feet, and in the meantime, users are getting more frustrated with credit cards, and thus it is unsurprising that these companies are anti-crypto.

This is the first real wave of competition for the likes of Visa and Mastercard, and while they talk cryptocurrency down, they are also applying for Blockchain patents on the side.