Governance Will Be Essential to Success of Cryptocurrencies

David Dinkins
Governance has already shown its importance with both Bitcoin and Ethereum, and it could become even more vital in the future. 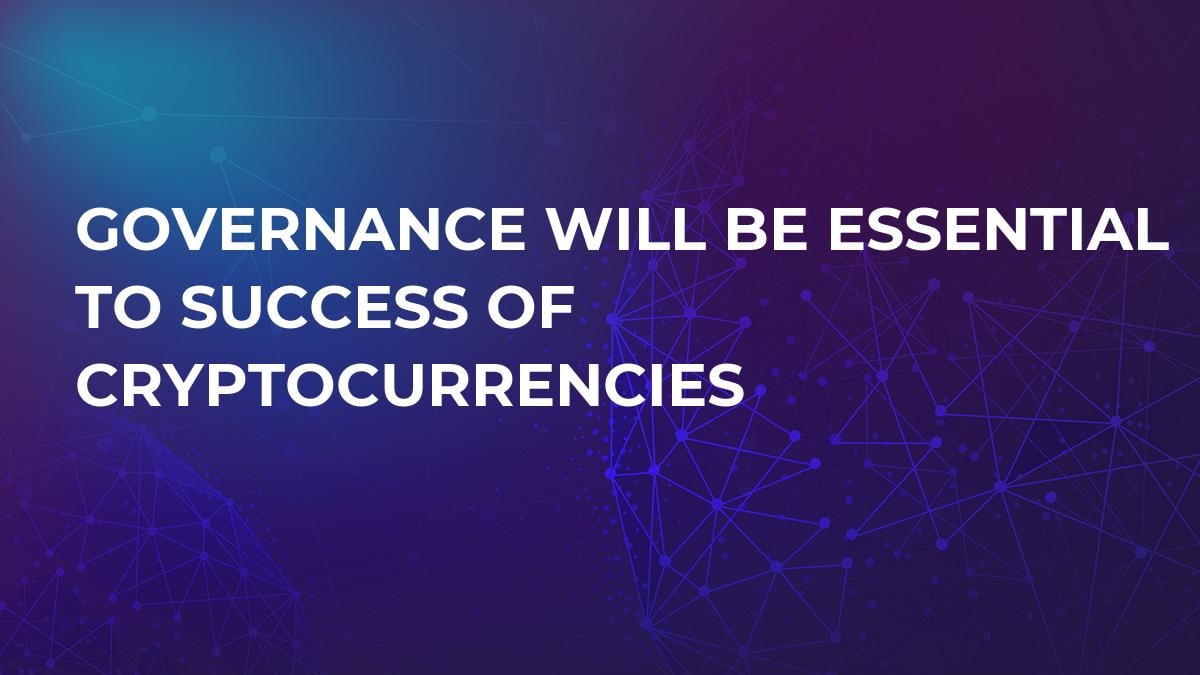 Governance is one of the most critical aspects of a cryptocurrency, because it sets the stage for how problems will be managed and how consensus will be developed. Digital currencies, like all software projects, are constantly evolving and responding to changes within their environment. Most software updates are uncontroversial, and the entire community simply follows along. The real test of a project’s governance, however, is how the community handles controversy or crisis.

Bitcoin is probably the classic example due to its infamous scalability controversy. As early as 2013 it became obvious that changes were going to have to be made to the Bitcoin software in order to enable the network to process more transactions. Many suggested increasing the block size from 1 MB to 2 MB or even 8 MB. Others thought this wasn’t a viable solution due to centralization issues, and because it didn’t permanently solve the problem.

Unfortunately, as debate raged in the community, there was no formal method for deciding which scaling proposal to accept. Ultimately the choice came down to bigger blocks or the implementation of SegWit and Lightning Network. Many businesses and the vast majority of miners supported a compromise proposal called SegWit2x, which would combine aspects of both solution. SegWit2x would bring bigger blocks and would implement SegWit.

The community ended up accepting SegWit but rejected the increased block size, causing the network to fork between Bitcoin and Bitcoin Cash. While this fork wasn’t devastating, it undoubtedly has created confusion for new crypto users and was not ideal.

Likewise, in 2016, Ethereum faced a massive crisis of its own when a massive entity called “TheDAO” was hacked and millions of Ether were stolen. Because of the staggering size of the hack, many called for a hard fork to be executed which would effectively roll back the hack. However, this solution was controversial because Blockchains are intended to be immutable, and a rollback was thought to be a dangerous precedent.

In the end, Ethereum’s developers created code that would implement the rollback and submitted it to the community. If enough miners decided to run the new code, the rollback would occur. If not, it wouldn’t. Miners voted with their hashpower, and an overwhelming number of them supported the new code, thus rolling back the hack and ending the crisis.

As with Bitcoin, Ethereum ended up splitting as well, with the Ethereum Classic Blockchain being born. Ethereum Classic shared all the same features as Ethereum and the same Blockchain, up until the point of the rollback. Supporters claimed this was the “real” Ethereum since it had the network’s entire, uncensored transaction history.

Some digital currencies have created formal governance systems, such as Dash. Owners of 1,000 Dash can set up a so-called masternode, and vote on proposals to make changes to the network. One such vote was put to the network in early 2016, resulting in approval to increase the blocksize. The vast majority — over 99 percent — of masternode owners approved the change within 24 hours. However, only large holders of Dash are allowed to vote, and the currency has faced low voter participation on many community-sponsored proposals.

Nobody has completely solved the problem of governance, but progress is being made. The future undoubtedly holds many challenges for digital currency, and one day, time could be of the essence. Emergency changes might need to be made — for instance, if somebody builds a quantum computer – and cryptocurrency projects must be able to pivot extremely quickly at such times.