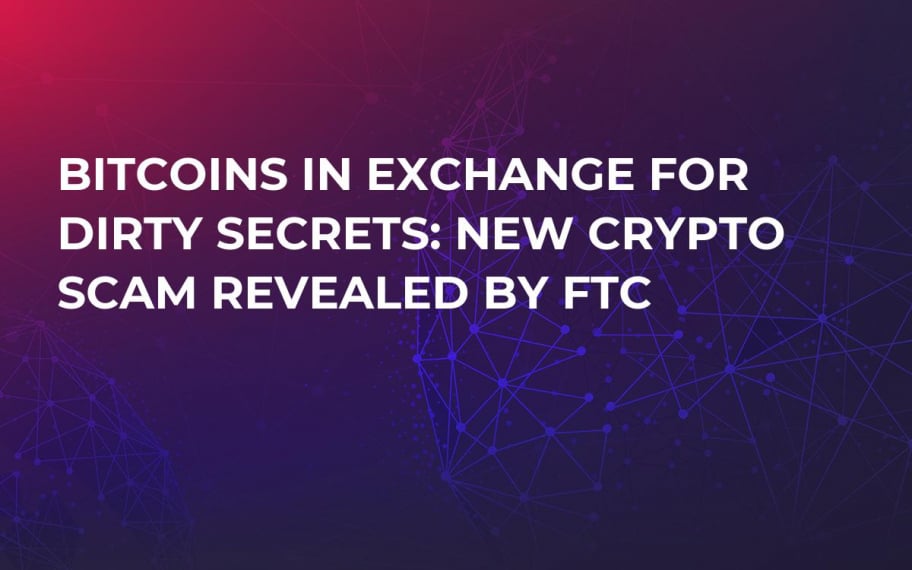 On Aug. 21, the Federal Trade Commission (FTC) posted an official warning on its website about a new fraud that consists in blackmailing random people in order to get money. They purportedly demand BTC for keeping a certain secret private.

The general concept of this fraud is as old as time, but now it involves Bitcoin. In a sample of what is supposed to be a blackmail letter, a man is asked to send $8,600 in BTC in order to keep some sort of ‘secret’ from his wife.

Remarkably enough, the nature of the aforementioned secret (whether it is an affair or something else) is not specified, which perfectly suits the modus operandi that is typically employed by such scammers. In over 1/3 marriages one of the spouses is cheating, so there is a good chance that they find just the right person who would be willing to send a certain amount of Bitcoins just to escape the dicey situation.

Bitcoin’s pseudo-anonymity makes it significantly easier to run such scams.

Not falling into a trap

In order not to become a victim, FTC urges not to share any personal information with blackmailers. It is also advisable to search for similar cases on Google- it is very likely that you are not the first person whom they targeted. Whatever the circumstances, do not send any crypto to a scammer, since it hard to track the second person involved in the transaction (or outright impossible when so-called ‘privacy coin’s in the likes of Monero are involved).

Crypto scams are still here, don’t get too comfortable

Despite the fact that crypto-related activities have dropped by a whopping 80 percent over the last (that’s a huge improvement from Bitcoin’s early days when nearly 90 percent of BTC transactions were nefarious), the community still suffers from scammers. For example, a Thai actor was involved in a major money-laundering fraud.

Earlier, U.Today also reported about a hacker who offered malware on the darkweb that would allegedly allow anyone to seamlessly hack a Bitcoin ATM and steal $6,750.