Cryptocurrency Volatility an Issue to Be Solved By Stablecoins?

Darryn Pollock
Volatility in cryptocurrency may be a trader's best friend, but it is not aiding the adoption of cryptocurrencies, so maybe stablecoins can? 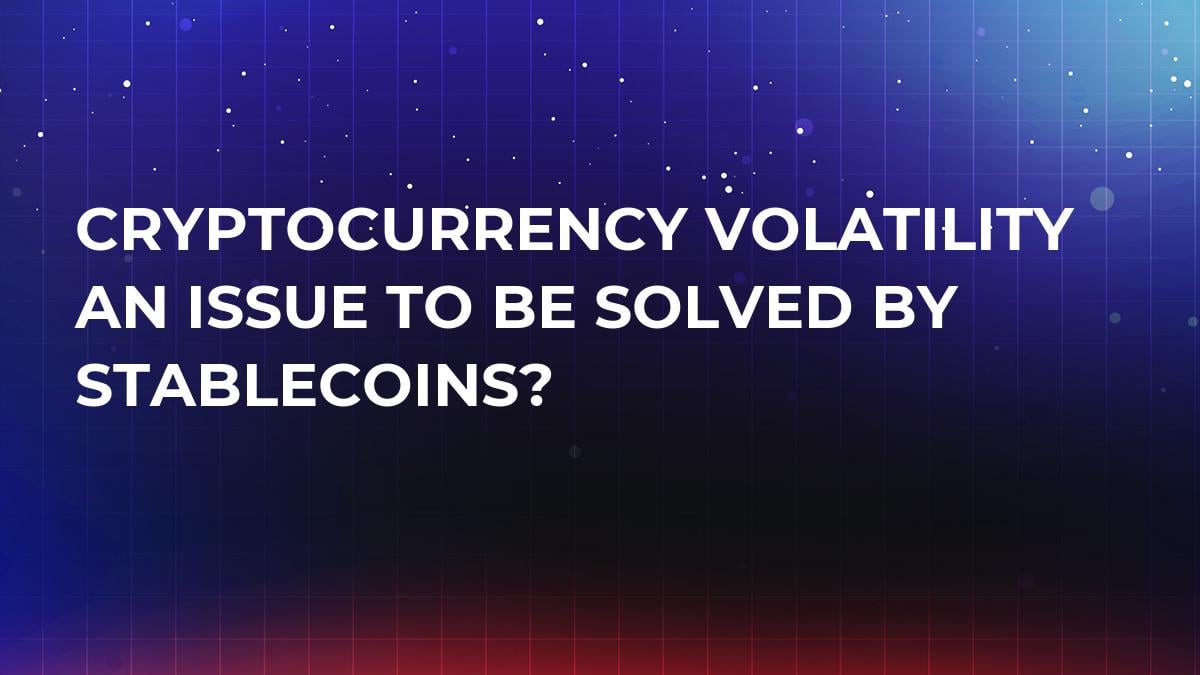 Volatility has always been an integral, but controversial part of the cryptocurrency space. The way in which coins like Bitcoin have skyrocketed has brought much interest and intrigue from investors, as well as a lot of money, and thus a big price spike.

However, with those highs, there have also been some crushing lows, as Bitcoin and the rest of the cryptocurrency market sits in a rather large lull currently. Volatility is indeed the necessary evil that managed to get cryptocurrencies into the mainstream, but perhaps now, they need some stability to take the next step.

The duality of cryptocurrencies means they can be used both as a form of investment, or as a usable digital currency, and many feel the latter is the path that this revolutionary technology should be taking.

However, that would need a change in volatility as it is that very aspect that is making things like Bitcoin a form of digital gold rather than digital currency. The fact that there is a chance the value of this digital asset can spike 10 or 20 percent in a day means it is too valuable to use on a day to day basis.

The introduction of stablecoins

This predicament has led to some companies starting up what are known as stablecoin, digital currencies pegged to other assets, such as the US dollar. The most well-known, and controversial, of these stablecoins is Hong Kong-based Tether.

Tether has, reportedly, swapped about $2.7 bln worth of fiat currency into its eponymous digital tokens, but the controversy comes in because there has been no strong and independent audit on these tokens.

However, it has sparked interest in this as an opportunity to take digital currencies to the next level.

"Imagine a US dollar coin that you can make payments with, use on crypto networks, or use in smart contracts to pay dividends, but which you can convert back to fiat currency at any time," explains Circle chief executive Jeremy Allaire.

The idea of stablecoins does make sense in terms of turning a well-known asset into a digital token that can take advantage of Blockchain technology- such as anonymity, and easy cross-border payments.

However, it will require some more time and effort to perfect and grow into a viable alternative for digitalized money, such as sent via PayPal and bank transfers. But the decentralized nature of such an asset, with its less stringent controls, is certainly appealing.