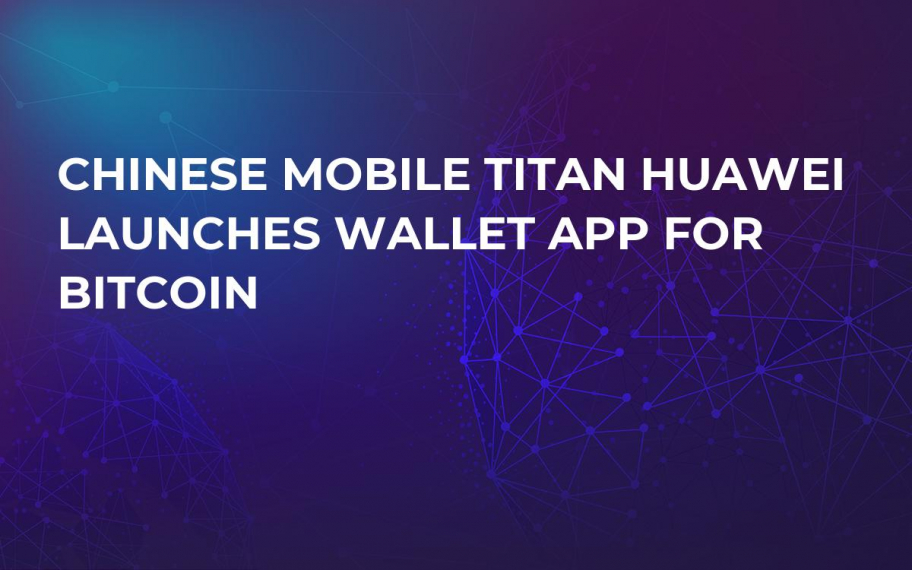 The world’s third-biggest mobile handset maker, Huawei Technologies Co., announced that a new Bitcoin wallet app is available to download on its mobile phones starting today, according to Chinese media.

The cold storage app will be the first digital currency app for Huawei phones in the Huawei AppGallery and will be pre-installed on all new smartphone models.

Although China has permanently shut down cryptocurrency trading, the Bitcoin wallet app is likely to have a significant impact since Huawei is the nation’s top phone seller.

Huawei continues to hold the number three position in global market share after Apple and Samsung. The company shipped 11 percent more units - 154.2 mln - in 2017 compared with the 139.3 mln units in 2016, according to data compiled by IDC research firm

As the Chinese government continues to block Android’s Google Play Store and parts of iTunes, limiting access to apps from around the world, the app may serve useful to people who still own Bitcoin and altcoins in China, experts say.

“The use of cashless payments with apps is very big, and the traditional banking system is lacking, so there’s a good use case for crypto payments to grow there. It’s a good opportunity to tap into the Chinese market.”

The wallet app was developed by mining hardware manufacturer Bitmain technologies which also controls the largest Bitcoin mining pool in the world and has been in the news recently due to its release of ASIC hardware for mining Ethereum.